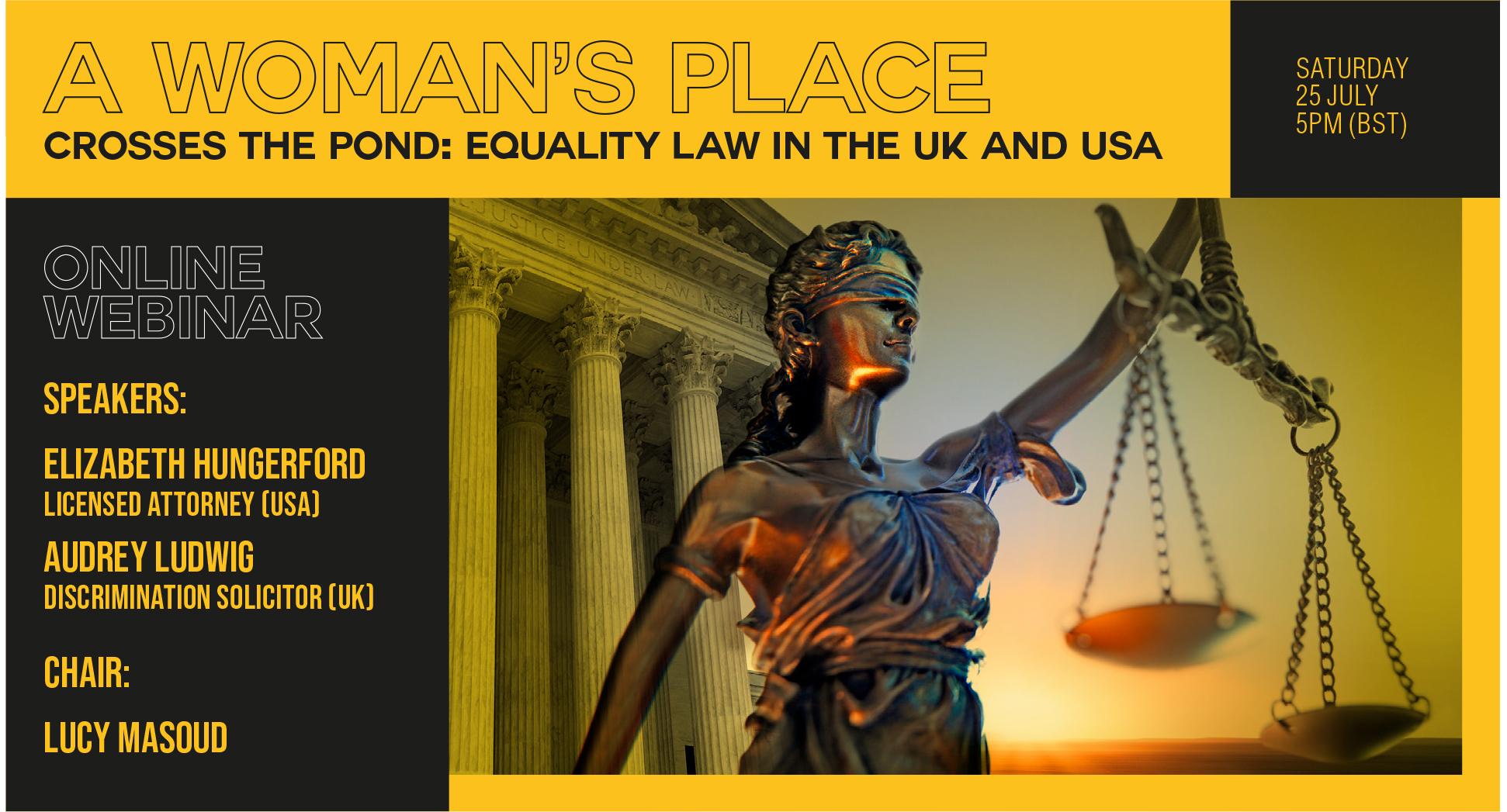 We compare anti-discrimination law in the US and UK, following the Supreme Court ruling (Bostock) and awaiting the GRA consultation response.

Equality and anti-discrimination laws operate very differently in our two countries divided by a common language. Join Audrey Ludwig (UK) and Elizabeth Hungerford (US), who have both written legal articles for WPUK, as they discuss the intricacies of the law and its implications for women’s rights in their respective countries. Their conversation will be expertly steered by Lucy Masoud.

Audrey Ludwig is a discrimination solicitor who puts her head above the parapet tweeting openly as @AudreySuffolk. As part of her commitment to public legal education, she gives her general opinion where she thinks people have got rights under equality law. More recently, she’s done so with regards to the heated gender identity/trans rights versus women’s rights conflict. Her examination of the Equality Act 2010 protected characteristics for Woman’s Place UK can be read here.

Elizabeth Hungerford is a licensed, though non practicing, attorney in the Commonwealth of Massachusetts. She identifies as a feminist, lives as a lesbian, is a longtime observer and sometime commenter on matters of sex and gender in American law. Her opinions are solely her own. Her pre and post judgment analysis of the Stephens/Bostock case at the US Supreme Court can be found here and here

Lucy Masoud is a former firefighter for the London Fire Brigade and proud trade unionist. As a firefighter, Lucy was also an elected trade union official for the Fire Brigade Union and fought to maintain female only spaces in fire stations. Lucy was also involved in the aftermath of the Grenfell tragedy and worked closely with her union during the public inquiry. Lucy now works in the legal profession working to help victims of domestic violence. She is a long-standing supporter of Woman’s Place UK, you can read her speech to our first London meeting in February 2018 here.

Tickets for this event are free. Due to Covid-19, we have had no physical meetings since our conference in February 2020, and we are unlikely to do so for the time being. The costs of running our campaign have therefore reduced. We are very grateful for donations, but also want to ensure that money goes where it is most needed right now. If you are would like to help women most in need, we would encourage you to make a donation to these groups: