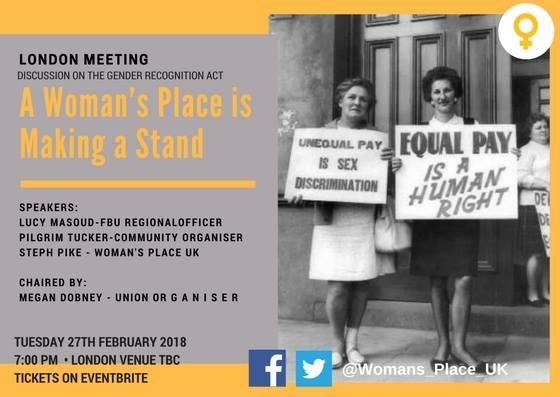 Central London (Venue to be announced)

A Woman’s Place is Making a Stand

Will this reform spell the end to single-sex spaces and the provision of single sex services, such as those provided by rape crisis centres and women’s refuges?


Are there ID or minimum age requirements to enter the event?

Email AWomansPlaceUK@gmail.com
Please get in touch if you need assistance with a ticket (limited availability subject to criteria).
We aim to get back to you within 48 hours.