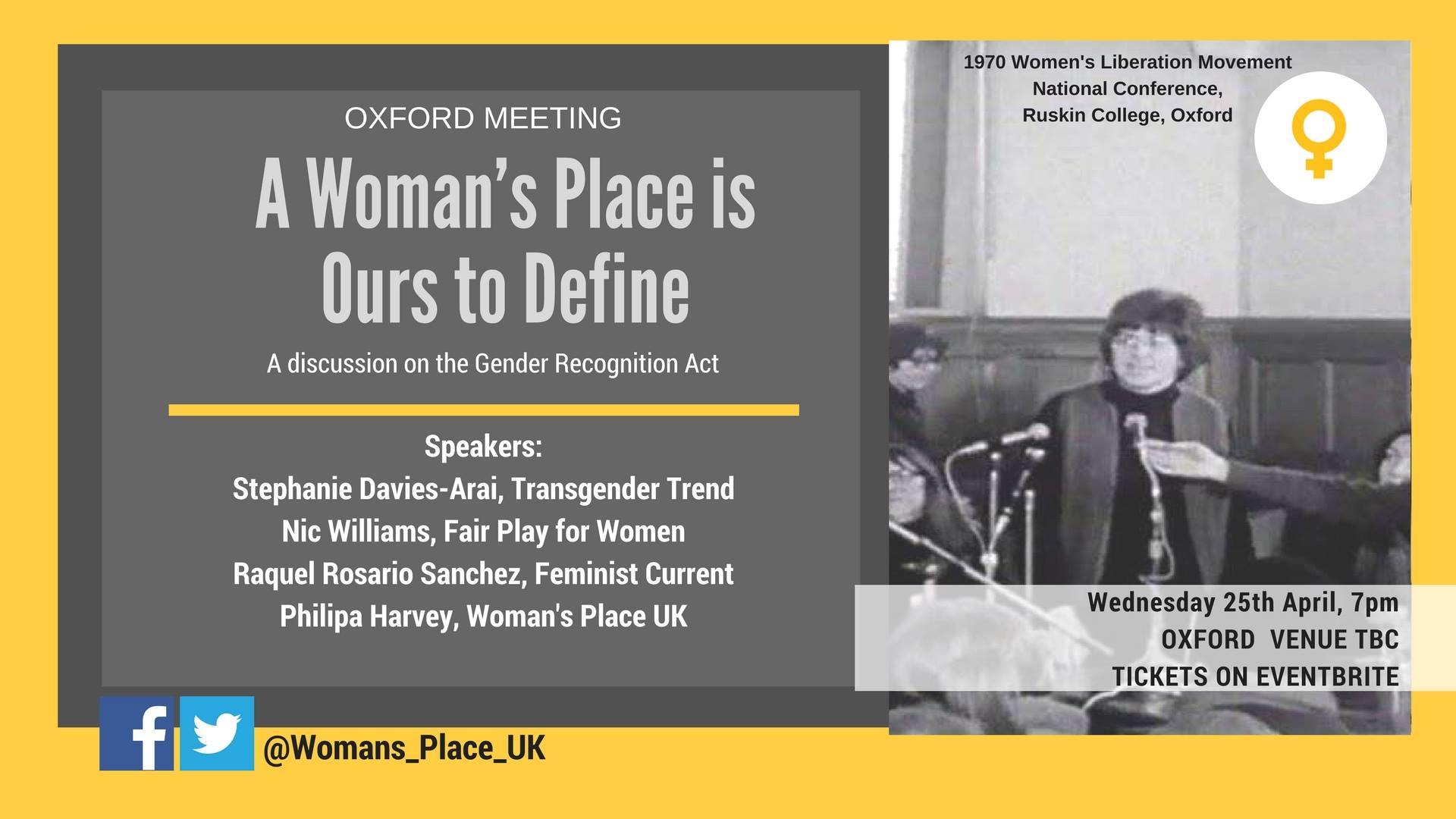 A Woman’s Place is Ours to Define

Nic Williams Research scientist specialising in human biology, writer and speaker on reform of the Gender Recognition Act and its impact on women and children.  Speaking for Fair Play for Women.

Raquel Rosario Sanchez, Writer and Researcher. She specializes in ending male violence against women and girls and is currently pursuing a PhD with the Centre for Gender and Violence at the University of Bristol.

Philipa Harvey Teacher and active trade unionist, speaking on behalf of Woman’s Place UK.  At a time when sexism and sexual harassment is endemic in society and our schools she will speak on the importance of the retention, extension and strengthening of the exemptions in Equality law.