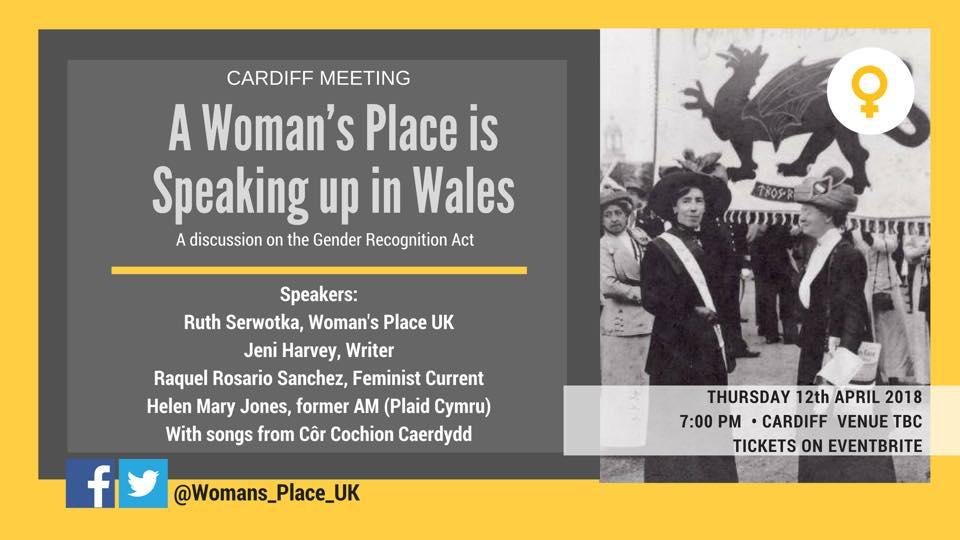 A Woman’s Place is Speaking up in Wales

Jeni Harvey. Writer and feminist from South Wales.   She will talk about the sexism inherent in much of todays transactivism and the sanctioned misogyny of many of its male supporters.

Ruth Serwotka. Trade unionist, co-founder of Woman’s Place UK and convenor of Socialist Feminist Network.  She will speak about the need to build a new women’s movement whose first principle is that sex is a material reality and that it shapes women’s lives.

Raquel Rosario Sanchez.  Writer and Researcher. She specializes in ending male violence against women and girls and is currently pursuing a PhD with the Centre for Gender and Violence at the University of Bristol. She will talk about the importance of biology in clinical trials and in data collection.

Helen Mary Jones. Deputy Director of Morgan Academy and associate professor at Swansea University. Educationalist who has worked with and been chief executive of youth and children’s charities.  Former Deputy Director of the Equal Opportunities Commission in Wales, and shadow minister in National Assembly in Wales for roles including Equality and Social Justice, Children and Young People’s  Scrutiny Committee.