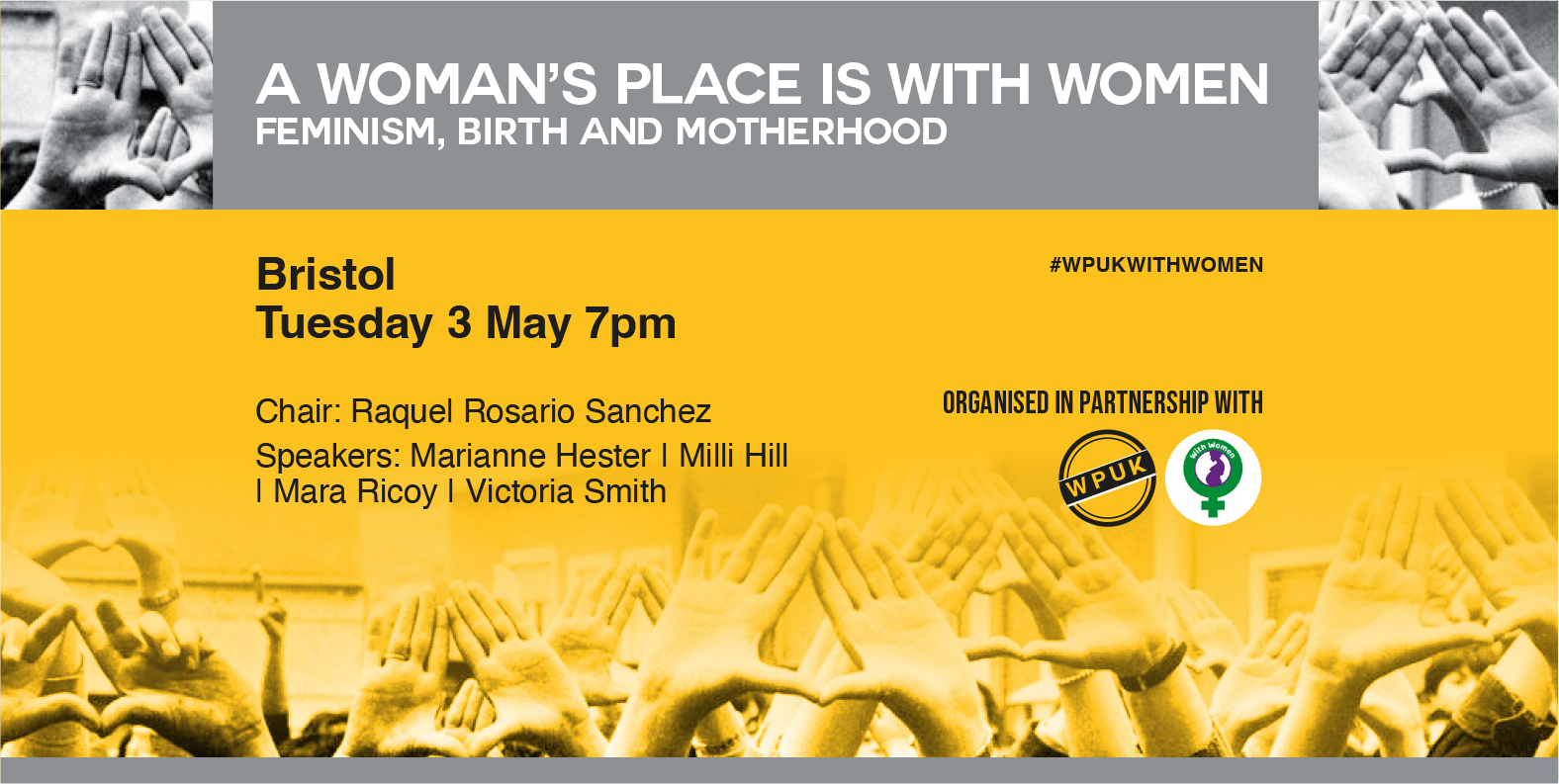 Midwife means ‘with woman’ and woman-centred care is still not guaranteed. In the midst of the current maternity crisis, how do we centre the needs and experiences of women? Our speakers explore the themes of birth and motherhood, obstetric violence as violence against women, mothers’ experience of domestic violence and the importance of sex-based language and feminist analysis.

Raquel Rosario Sánchez (Chair) is a writer, campaigner and researcher from the Dominican Republic. She is currently a PhD Candidate with the Centre for Gender and Violence Research at the University of Bristol. Her academic research focuses on men who pay for sex and explores how online communities for sex buyers construct and reinforce standards of masculinity. As a writer and campaigner, her advocacy focuses on ending male violence against girls and women. In recent years, much of her work has focused on promoting and/or strengthening sex-based rights on an international level.

Professor Marianne Hester OBE is the Head of the Centre for Gender and Violence Research at the University of Bristol. She is a leading researcher of violence against women and children in the UK and internationally. The author of ‘Mothering through Domestic Abuse’, she written about many aspects of violence and abuse including domestic and sexual violence, child contact, domestic abuse in LGBT+ communities and forced marriage. Professor Hester is he Chair in Gender, Violence & International Policy at the School for Policy Studies. Much of her current work is on perpetrators of domestic abuse, on wider notions of justice for victim-survivors of gender-based violence, and on measuring coercive control. She is the founder and Editor-in-Chief of the international Journal of Gender Based Violence. She was awarded an Order of the British Empire (OBE) in 2012 for services to research and to the community in tackling domestic abuse.

Milli Hill is a writer, feminist and freelance journalist with a passion for reframing the narrative around women’s bodies. She is the author of the bestselling Positive Birth Book (2017), Give Birth like a Feminist (2019) and My Period (2021, for preteen girls). From 2012 to 2021 she founded and ran the Positive Birth Movement, a global network of antenatal discussion groups aimed at improving birth and giving women better access to support and information. As a journalist since 2013 she has written for many publications including Telegraph, Mail, Guardian, Independent, ipaper and Mother&Baby, and has appeared on BBC Radio 2, BBC 5 Live, talkradio, LBC and many leading podcasts. In recent times Milli has become interested in ‘cancel culture’ and had her own experiences of this phenomenon. As a writer about female biology, she is curious about the current misinformation about sex and gender and the implications of shifts in word definitions for women’s rights. She is a member of the advisory group for Sex Matters and an advisor for Genspect, and lives in Somerset with her partner and three children.

Mara Ricoy, previously known as Jesusa, Ricoy and in social media as Matriactivista is a feminist, activist, author, poet, interpreter and birth educator who specialises in obstetric violence. She is also mother of three children, a survivor of sexual abuse and the founder of the international movement The Roses Revolution.

Victoria Smith is a feminist writer, with a particular interest in motherhood and intersections of misogyny and ageism. She has been a regular contributor to the New Statesman and the Independent, focussing on women’s issues, parenting and mental health. She’s also written for Mumsnet, featured on panels at their Blogfest, and has made appearances on Woman’s Hour to discuss female body image. Her newsletter The OK Karen, focused on midlife women’s experiences of feminism, was launched in 2020, and she is particularly interested in how experiences of power and misogyny change as we age.

With Woman are birth workers and activists, focused on the pregnancy, birth, and breastfeeding concerns of women. Sex-based language is important due to sex-based oppression.