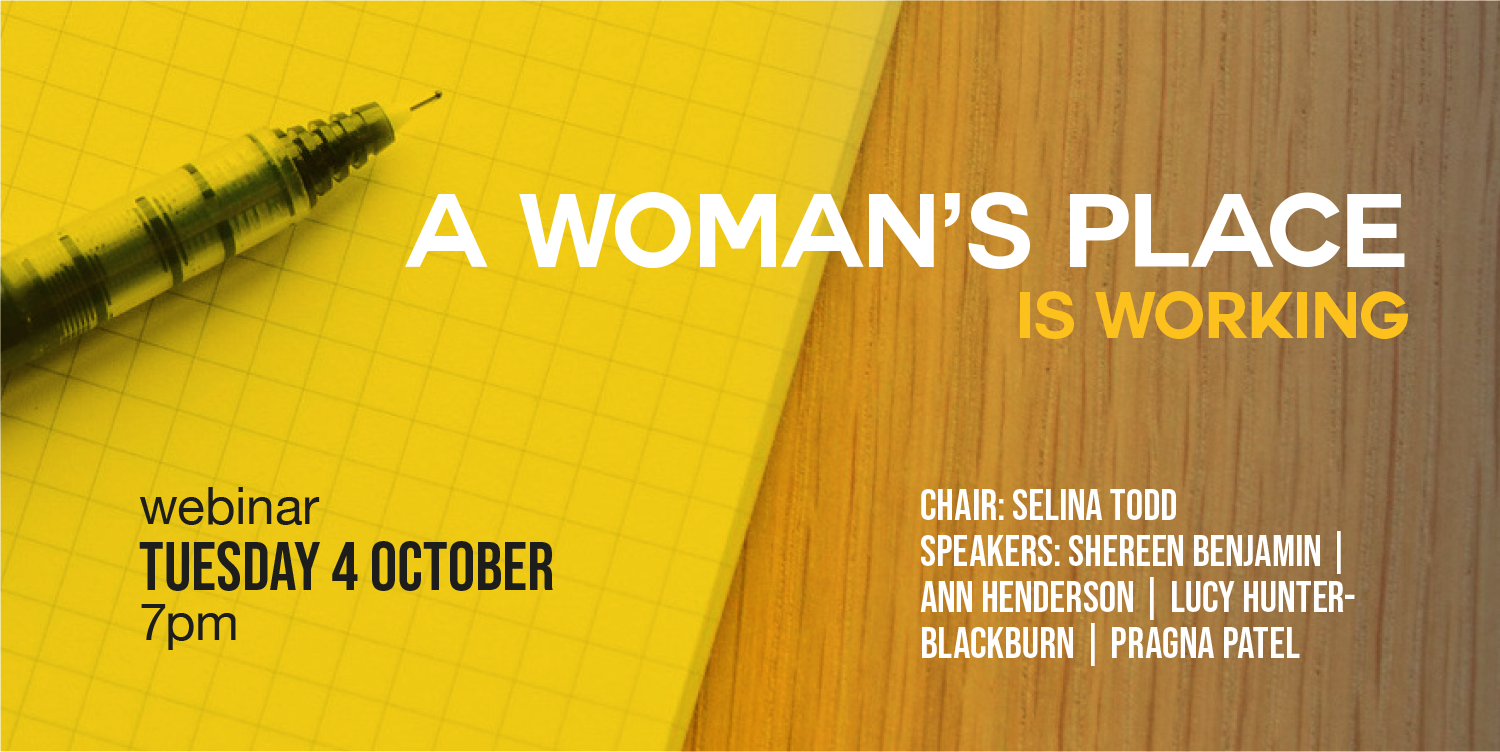 We are very sorry to announce that Selina Todd is now unable to chair this webinar. We are thrilled that Susan Dalgety will be her late replacement. Thank you Susan!

Webinar: A Woman’s Place is working.

The Gender Recognition Reform Bill is currently being considered by the Scottish Parliament, we discuss its impact in the workplace. #WPUKisworking.

Our panellists discuss the implications for women with a focus on the workplace as well as service provision.

On service users, on the freedom to speak up at work and academic freedom?

Susan Dalgety is a writer, campaigner and grandmother of four. She is a columnist for The Scotsman and the Edinburgh Evening News. Previously a Labour councillor and head of press for Jack McConnell during his term as First Minister of Scotland. She is a trustee for two charities in sub-Saharan African. She manages a scholarship scheme for vulnerable girls living in rural Malawi so they can complete their secondary education.

Shereen Benjamin is a university lecturer in primary education at Edinburgh University. She is a long-standing feminist, socialist and trade unionist. She sits on the steering group for Labour Women’s Declaration.

Ann Henderson is a campaigner in the labour movement and former Rector of the University of Edinburgh. She served as Scottish Commissioner on the Women’s National Commission. Ann was the target of a campaign of bullying after she called for reasoned debate around GRA reform.

Lucy Hunter-Blackburn previously a board member of the Howard League for Penal Reform Scotland. She co-founded MBM Policy with Dr Kath Murray and Lisa Mackenzie. MDM is a policy analysis collective currently focused on how sex and gender identity issues are approached in policy making in Scotland.

Pragna Patel is the ex-director and founding member of Southall Black Sisters and Women Against Fundamentalism.

She is also a member of Feminist Dissent and has written extensively on race, gender and religion.