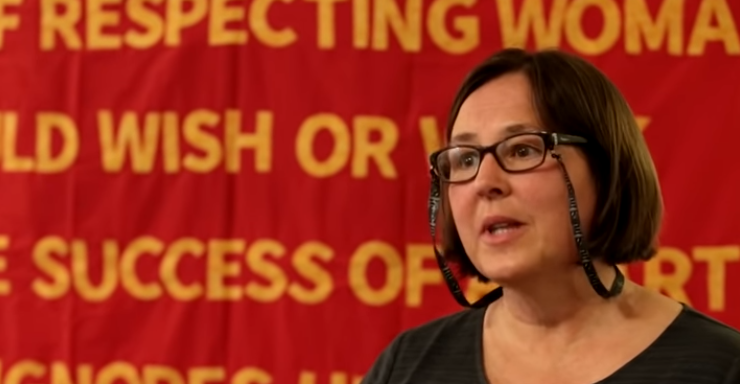 This is the text of a letter we sent to the publisher of Disability & Society in support of Professor Michele Moore, the editor, who is being targeted because of her campaigning on rapid onset gender dysphoria (ROGD) and the rights and safeguarding of children.

Michele spoke at our Sheffield meeting and the film of her speech has been viewed nearly 26,000 times.

We are the co-founders of a campaign group called Woman’s Place UK founded to ensure women’s voices were heard in the discussions around the GRA Consultation. Our campaign has now expanded to take on concerns about oppression that women and girls face in society. We have over 19,000 followers on Twitter and have held 23 meetings which have attacted over 3,500 attendees.

We are from a range of backgrounds including trade unions, women’s organisations, academia and the NHS. We are against all forms of discrimination. We believe in the right of everyone to live their lives free from discrimination and harassment.

We are alarmed to hear of the concerted campaign against Prof. Michele Moore as a result of the questions she has been raising publicly about young people and rapid onset gender dysphoria. She is not alone in these concerns. The government itself has announced an inquiry into the very high increase of teenage girls indicating a desire to transition.

As part of our campaign we organise meetings and Prof. Michele Moore spoke at the Sheffield event. You can see the video here. It has been viewed over 25k times.

Over the last few years we have worked closely with Michele and know her to be a compassionate, knowledgeable and principled person.

Michele is also courageous, speaking out when others have been silenced, and who is motivated only by concern for the welfare of all young people. This attack on her is a deliberate and concerted attempt to silence and intimidate Michele but it will also have a silencing effect on anyone who wants to critique or question ideologies which affect our young people.

We urge you to look at Michele’s long record as an academic and equality campaigner and reject all attempts to have her removed as Editor of Disability & Society.