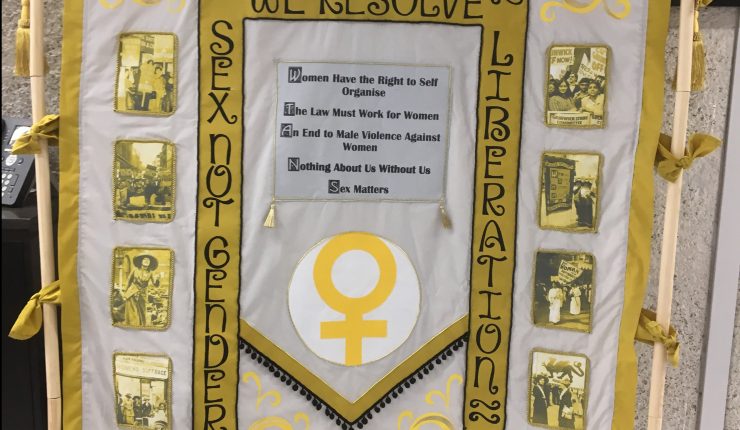 Knowledge is power. Girls and women have been kept in the dark about our bodies for too long. Boys and girls form their ideas about relationships and sex from the wider sexist culture, in which sexual objectification of girls and women is endemic and pornography is viewed increasingly by younger children. Too often these ideas go unchallenged and form a harmful basis for accepting male sexual entitlement and violence against women in adulthood. Girls and young women are subject to sexual harassment [1] and sexual abuse and exploitation remains barely or badly addressed in education [2].

Providing an opportunity for children to aspire to more equal relationships (including fulfilling sexual relationships in adulthood) than the ones they see around them should be an important part of all children’s education.

“The right to a self-defined sexuality and an end to discrimination against lesbians” was the sixth demand adopted by the women’s liberation movement in 1974. The assertion that women have the right to define their own sexuality for themselves, independently of men, and that exclusive same sex orientation be a viable choice for women, by ending all discrimination against lesbians, remains important today.

Campaigns like Positive Images in Haringey [3] in the 1980s sought to provide representation of lesbian and gay men in education – to which the Tory government of the day responded by introducing Section 28. Lesbians, gay men and bisexual men and women still today speak of growing up in a culture saturated by heterosexual narratives, in which ‘gay’ remains an insult and realising one’s own homosexuality can be a source of shame, isolation and make children a target of bullies and adults victims of harassment and discrimination.

This is the context for the Woman’s Place UK manifesto demand for:

This demand builds upon the vital work done by many feminists, in particular the campaign Yes Matters [4], to ensure compulsory sex education is on the national curriculum. This approach underlines the importance of teaching both boys and girls their right to set, and have, boundaries respected.

We now need to ensure that the content and delivery of that education challenges the pervasive sexism and heterosexism of our society that shapes children’s attitudes to sex and relationships.

We must uphold the rights of girls and women, and the rights of everyone to resist sexist gender stereotypes. This means we must resist and expose the dishonest yoking of regressive gender identity ideology (which misrepresents child developmental psychology, the Equality Act, and safeguarding) to Relationships & Sex Education (RSE), and the use of RSE by lobby groups to pursue a wholly other agenda. Safe Schools Alliance and Transgender Trend have been right to raise concerns about schools materials which give inaccurate information about the Equality Act misrepresenting protected charecteristics including that of biological sex.

We must also oppose efforts by conservative and religiously-motivated campaigners to undermine compulsory RSE.

Citing faith and family values expose such campaigns as not in the interests of women. Feminists who worry that content and delivery of RSE has been hijacked by promoters of gender identity ideology have nothing in common with these conservative campaigners who fundamentally oppose women’s right to a self-defined sexuality and the rights of lesbians to exclusive same sex attraction. There is nothing to gain by making an alliance with these socially conservative campaigns [6].

We believe teachers should have professional support to equip them to deliver age-appropriate RSE in schools and agree that protests focussed on schools are wrong as they create an intimidating climate for children and teachers.

These are our manifesto demands that related to RSE in schools and colleges [7]: