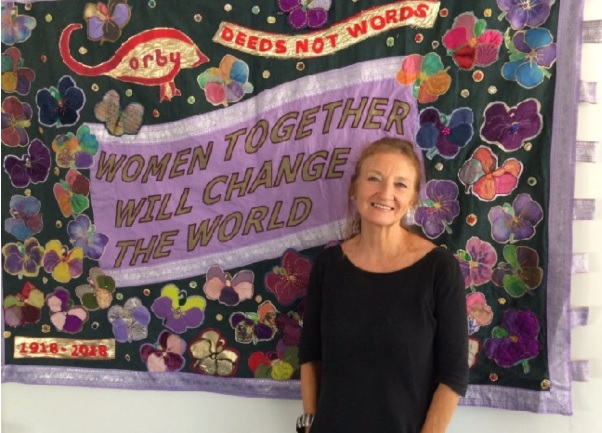 This past September, a book was published in the United Stated titled ‘An ABC of Equality’, designed for children younger than five years old. The book represents a progressive alphabet and it seeks to teach children concepts such as ‘P for Privilege’ and ‘C for class.’ The G represents the word ‘gender’ and it is defined as: “a category which describes the inside feeling of being a boy, a girl, both, neither, and everything in between.”

The book, written for kids who are still in kindergarten, illustrate the word T with the definition of ‘transgender, and says: “Sometimes the sex given by the doctor at birth might not fit with how that person feels. A ‘male’ baby may have been assigned the ‘boy’ category, but their feelings inside may be that of a ‘girl’, or perhaps no gender assignment at all. You know best who you are!” it concludes.

What feelings does a girl have that a boy doesn’t have? What feelings are exclusively experienced by boys but not by girls? Both the publication and this series of interviews are referring to the subject of ‘gender identity’, which some sectors of our society are perniciously trying to infiltrate within Dominican law. First, we found it in the Equality and No Discrimination law project, then on the Violence Against Women one, and finally, it appears that the same topic could be wandering around a new Human Trafficking law project which international organisations insist the Dominican Republic must approve, as a matter of urgency.

In this article, we will jointly interview the university professors Dr. Heather Brunskell-Evans and Dr. Michele Moore, who are British specialists on the impact of gender policies on children. Both have just published a collection of essays titled Inventing Trans Kids, which is a book about children who feel a ‘gender identity’ which is opposite to their biological sex.

Raquel Rosario Sanchez: You have argued that the concept of ‘gender identity’ carries worrisome implications for children and teenagers. Why?

Michele Moore: The concept of ‘gender identity’ confuses children and young people about gender, sex and sexuality. In schools, it involves teaching of the idea that children can change sex which is a lie embedded in a discourse of changing gender identity

Interventions proposed for children and young people identifying as transgender are not evidence based and therefore are unsafe; the interventions are also inductive.

According to your detractors, what is the benefit of teaching boys, girls and teenagers that it is possible to be “born in the wrong body”?

Heather Brunskell-Evans: That children are enabled to be who ‘they really are’, that we live in a progressive society where difference and diversity is accepted, and that to be critical of the medical transitioning of children is transphobic, and thus equivalent to the previous homophobia.

Now, you argue that this is dangerous. But, what would you say to a mother or a father whose underage son feels uncomfortable with his sex, who claims to feel female, and have been convinced that, unless they administer him with puberty blockers and then cross-sex hormones, their son might harm himself or end up committing suicide?

HBE: The belief that, if they are not affirmed, children will commit suicide is a pernicious, manipulative myth that does the rounds and succeeds in terrifying parents. The suicide statistics are pedaled by lobby groups, such as Stonewall, and result from their flawed methodology and a tiny sample of self-selecting children in a larger quantitative survey. More robust sociological studies do not back up these claims but are drowned out or not listened to.

MM: I would direct those parents to alternative evidence and perspectives. There are now international networks of parents who will not comply with the ‘gender identity’ ideology, plus the evidence on self-harm and suicide has been grossly misrepresented.  Simply put, children need to be protected by the truth.

No child is ‘born in the wrong body.’ I have worked for over 30 years with children born with all kinds of bodily impairments (my own children have physical and sensory impairments) but they were born in their own bodies.

Children’s bodies cannot be seen as ‘the problem’, because it is the world around them which may be in need of adjustment to accommodate and include them. This sort of ‘social model’ thinking needs to be applied to children expressing gender confusion; their bodies do not need rejecting, they do not need harmful and unproven bodily interventions… It is the world around them which can and should be changed to remove attitudinal or other barriers that make them struggle with, or feel so uncomfortable in their own body.

Tell us about your experience with parents whose children either identify as trans or are pressured into identifying as trans?

MM: In my experience parents find themselves unable to express concerns about their child’s transgender identification; schools and other practitioners have been persuaded by trans activism that they must endorse the idea of gender identity and that they will be denounced if they are not seen to be doing so. Policies which stop people speaking out have been put in place. This leaves parents unable to speak out or get support for their child if they don’t believe their child is ‘in the wrong body’.

Therapists too aren’t allowed to help a child question any feelings that they might be ‘in the wrong body’. Therapists have been put under strict guidelines not to question a child saying they are trans, just accept it. Helping a child reflect is seen as ‘transphobic’ and against the rules. None of this is in children’s interests and closing down exploration does not support children’s rights to self-determination or self-expression.

Children have oftentimes presented discomfort with roles assigned to them, including gender roles. But now, it seems that societies across the world are waking up to find a brand-new market with doctors, psychologist, policymakers and law enforcement willing to impose the view that children can be “born in the wrong body.” How did we miss the signs of such a colossal societal change?

HBE: We have had very powerful lobby groups whose tactics have been threats, intimidation, distorting language, and getting themselves into authority positions where they are the advisors or trainers for medicine, the law, government bodies and education.

It would seem as if your criticisms put you in a dissident position. The United States has over fifty ‘gender clinics,’ overwhelmingly working with children. Many countries, most recently Sweden and Mexico, are accelerating legislation which would allow medical intervention on children to modify their gender. How do you respond to people who argue your ideas are outdated, a best, and harmful, at worst?

HBE: I argue that it is me who is at the cutting edge of theory and progressive politics. To accept that children have an innate ‘gender identity’, an essence which is either feminine or masculine, is really old-fashioned and retrograde, taking us back decades not moving us forward. With regard to harm, I ask these people to stop using children to justify transgender politics.

Encouraging children in the belief that it is possible to actually change sex (as opposed to just acquiring secondary sexual characteristics such as beard growth), and medicalising and sterilizing the healthy bodies of young people, is a current act of abuse. One day our society will look back and wonder how such abuse could not only be carried out in plain sight. I hope they understand that those who had the courage to speak out were threatened with violence and even lost their jobs or could not find new ones.

You’ve just published a book titled Inventing Trans Kids. Why do you call it “an invention”? Some parents would argue that their child was born trans (for example, a boy who was keen on so-called girly toys or a girl who early on showed a passion for sports). Isn’t that a boy trapped in a girl’s body and vice versa?

You are an academic whose work also centres feminism and disability studies. When did you became aware or started questioning the concept of ‘gender identity’?

Do you consider that you risked your career and your personal reputation by speaking out? Have you suffered any professional or personal repercussions for your criticism of ‘gender identity’?

MM: Yes, intense international campaigns based on false accusations and malicious communications have been coordinated calling for me to be stood down from my Editorial position at an internationally renowned journal, calls for me to be sacked, to not appointed to positions, to be de-platformed… These have taken a terrible toll on my career, income, family life and well-being. But I will not comply with the demands of transactivists that no-one shall speak out for children and young people on the harms of gender ideology and associated interventions for children and young people.

HBE: Yes, they have been shocking and by now almost too numerous to mention. The one thing I am not allowed to say in the academy, in my workplace, in public lectures, and even, irony of irony, in the Women’s Equality Party, is that sex is differentiated from ‘gender identity’ and that it is impossible to be born female in a male body.

You are both academics with brilliant careers in prestigious universities in the United Kingdom. Some would argue that you could have led a comfortable life, free of unnecessary worries. Knowing how polemic this issue is, why did you decided to get involved?

HBE: I have been compelled to continually voice my opinion at a personal cost for a number of reasons. Firstly, the more I work on this topic the more I realize it typifies the current perilous state of freedom in liberal democracy, and the complicity of the police with the derogation of women’s rights and the threat to free speech.

Secondly, patriarchy is shift-shaping and taking hold in a new virulent form, this time bizarrely through men subsuming women’s bodies and voices to men’s will by insisting and brooking no argument that men who identify as women are, indeed, women (body and soul). Thirdly, girls’ and boys’ freedom from gender stereotyping and their rights to bodily integrity are being sacrificed under the crucible of alleged ‘inclusion and diversity’.

It is for the sake of all our children that I carry on, not only those that find themselves in gender development identity clinics. I continue for children from 4 years upwards in our education system (with the new sex and relationship curriculum) where scientific facts about biology are sacrificed to ideology. It is true that some days I wake up and think ‘That’s it.  Enough!’, but then every day new atrocities happen, and I am compelled to carry on.

Thank you very much to Doctor Moore and Doctor Brunskell-Evans for their time and for their admirable service. Our next interview will address the interactions of biological sex and gender policies.

The original, shorter version of this interview was published by Dominican newspaper El Caribe on October 14th, 2019. You can read it in Spanish here.