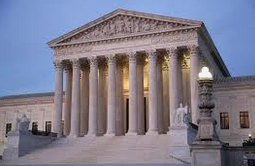 Elizabeth Hungerford is a licensed, though non practicing, attorney in the Commonwealth of Massachusetts. She identifies as a feminist, lives as a lesbian, is a longtime observer and sometime commenter on matters of sex and gender in American law. Her opinions are solely her own.

Three things to understand about sex and gender in US law

The first thing to understand about sex and gender in American law is that there are both federal and state laws. There are even more laws at the town, city, and county levels of government–each with different, often overlapping, domains of control or jurisdiction. The American legal landscape is sometimes likened to a crazy quilt.

In theory, there is a hierarchy that places federal laws above all others, but sometimes the federal government is silent, such as with certain forms anti-discrimination protections for homosexuals. There are also realms of governance considered rightly delegated to state or local oversight.

The second thing to understand about sex and gender in American law is that issuing birth certificates is one of the areas reserved for state control.[1] Birth certificates are literally ground zero for creating the legal fiction of a sex change. Each natural born American citizen’s federal identity is built up from the foundational document of a birth certificate: state issued birth certificates inform the federal issuance of Social Security cards and passports. Because of our decentralized system for maintaining records of birth, and unlike the nationally administered Gender Recognition Certificate process in the UK, requirements for amending the sex marker vary from state to state.[2] Depending on the geographic happenstance of your birth, sexual reassignment surgery might be required to amend your birth certificate…or it might not.[3] In some states, self-ID is already status quo.

The third thing to understand about sex and gender in American law is that when someone has legally changed the sex marker on their birth certificate, antidiscrimination laws protecting the individual’s so-called “gender identity”[4] are entirely unnecessary. In other words, male transsexuals who have amended the sex marker on their identification documents to reflect “female” are already using women’s bathrooms and following women’s sex specific dress codes at work. These males don’t need to ask special permission or file a lawsuit to present, behave, and be treated “like a woman.” They are already “female” in the eyes of the law. This is simply a legal fact. Nothing short of attacking and repealing with retroactive effect the vital records processes responsible for changing sex markers on birth certificates in nearly every single state could reverse this legal reality. Arguing that new judicial interpretations of existing federal laws threaten to compel us to treat and speak about men as if they are women (because men said so) is to overlook what has been going on in American law for decades. That genie cannot be put back into the bottle.

The Harris v. Stephens case currently before the Supreme Court of the United States (SCOTUS) has already generated significant controversy among feminists. There is a lot of speculation and conflicting interpretation flying around, partially because the arguments made by the parties to the case are confusing and contradictory. I don’t claim to know how SCOTUS will rule or what the long term consequences will be, but I do have some opinions about what can and cannot be reasonably expected from this case. Most importantly, as I explained above, do not expect this case to prevent or reverse the legal fiction of sex changes in America.

Harris v. Stephens asks whether it is an act of unlawful sex-based discrimination, under Title VII of the Civil Rights Act of 1964,[5] to fire a male self-identified transgender person because they plan to undergo a social transition that requires them to present in the workplace “as a woman,” specifically by using a new name and adhering to the “women’s” dress code. The validity of the employer’s sex-specific dress code is not contested. In other words, we should not expect Harris Funeral Homes’ dress code itself to be found unlawful.

Further, this case is not about bathroom access. It is not about girls’ track teams. It is not about redefining “sex” in Title VII to mean “gender identity” to the exclusion of biological sex, nor is it about compelled use of preferred pronouns or legislating the term “woman.”

The quick and dirty background of the case’s current status is that the plaintiff, Aimee Stephens, won in the Sixth Circuit Court of Appeals. [6] Harris Funeral Homes then appealed to SCOTUS, asking it to review the decision and answer the following questions (bold added by me):

Compare this to what SCOTUS agreed to review when they accepted the case:

Petition GRANTED limited to the following question: Whether Title VII prohibits discrimination against transgender people based on (1) their status as transgender or (2) sex stereotyping under Price Waterhouse v. Hopkins, 490 U. S. 228 (1989).[8]

The second thing I note is that the question SCOTUS intends to answer rests on an assumption that Title VII prohibits discrimination against transgender people. They are simply going to answer why or on what basis that discrimination is prohibited: transgender status or sex stereotyping.

A ruling based on “transgender status” begs the questions of who qualifies for this status. Is a change of legal name required? Do you need surgery? Does identifying as non binary count? It’s a legal quagmire.

Harris argued that finding for Stephens on the basis of “transgender status” represents the insertion of a new and different characteristic than the one described in Title VII: sex. I find this outside-the-text argument very compelling.

If SCOTUS uses “transgender status” to find in Stephens’ favor, as the Sixth Circuit did, I believe it presents the worst case scenario from a feminist legal perspective. The reason I say this is we don’t know how the concept of “transgender status” would interact with traditional understandings of (biological) sex under Title VII’s anti discrimination protections. Would “transgender status” simply operate in addition to sex, as race and religion do? Or, as most commentators assume, would “transgender status” be positioned as the superior protected characteristic that can override the traditional meaning of sex in contexts that are harmful to women? In other words, in sex segregated spaces such as bathrooms and locker rooms. Indeed, “gender identity”—which, again, is not technically under SCOTUS’ scope of review—is often defined in existing state anti discrimination laws as having the legal power to override sex based classifications.[9] The judicial establishment of a subclass of persons characterized as having “transgender status” generates uncertainty about both who qualifies for this special status and whether the status can be used as an exception to otherwise lawfully recognized sex based classifications.

The Sixth Circuit found that Harris Funeral Homes’ firing of Stephens was unlawful for more than one reason, including both “transgender status” and legal precedent set by a previous SCOTUS decision: Price Waterhouse v. Hopkins.[11] Doubling down on the existing prohibition against sex stereotyping established in Price Waterhouse and extending it to protect those who fancy themselves “transgender” or “transsexual” is far and away my preferred result for the Harris v. Stephens case. It avoids the uncertainty created by reasoning of “transgender status” and builds on existing protections for gender non-conforming people like Ann Hopkins. I agree with Justice Kagan’s comments during oral argument[12] (in response to the EEOC’s lawyer) stating that the individual trait protected by Price Waterhouse is non-conformity to gender roles:

Under a gender non-conformity analysis, Aimee Stephens’ firing was clearly unlawful. Again, this reasoning requires that we hold Stephens’ biological sex as male in order to assess which gender roles he is expected to conform to and/or has deviated from. It also avoids creating an assumption that people with “transgender status” are more harmed or more burdened by the enforcement of gender roles than other people are, specifically those people who share the trait of gender-non conformity. During oral arguments there was some discussion of what constitutes a de minimis or trivial burden versus significant burden. A ruling that transgender people are more harmed by sex-based stereotypes and classifications than non-transgender people would be, in my opinion, both absurd and totally anti-feminist.

I believe that SCOTUS can and should rule without regard to “transgender status” and in favor of Stephens on the basis of his gender non-conformity and a prohibition against sex-based stereotyping. I hope for something roughly as follows: employment decisions made on the basis of the employer’s sex stereotyping expectation or the employee’s non-conformity to those sex-based expectations is unlawful under Title VII. An employer may have a “women’s” dress code and “man’s” dress code (binary), but employees must be allowed to choose which dress code they will adhere to without regard to the employee’s sex.

In my ideal world, SCOTUS would also demand that all employers offer only unisex or sex-neutral dress codes, but that would be to rule outside the questions they have agreed to answer. My suggestion in the paragraph above would protect both transgender and gender non-conforming people from employment terminations based on their adherence to the “wrong” dress code, including Stephens. Indeed, if I were to be employed in a position that required adherence to a binary sex-based dress code, I would likely choose to comply with the “men’s” rules rather than be expected to wear skirts and makeup.[13] But just as I think it is unreasonable to expect SCOTUS’s Harris ruling to redefine sex under Title VII, I also think it unreasonable to expect the decision to restrict employer’s latitude to define dress codes any more than the justices find absolutely necessary. It might cause social upheaval, you know.[14]

[1] There are exceptions to this generalization. New York City and Washington D.C., for example, issue their own birth certificates.

[2] As of the date of publication, there are still two states that do not allow any post-issuance change of sex marker on birth certifications: Ohio and Tennessee.

[5] Title VII is a federal antidiscrimination statute passed by Congress in 1964. It applies only to employment contexts.