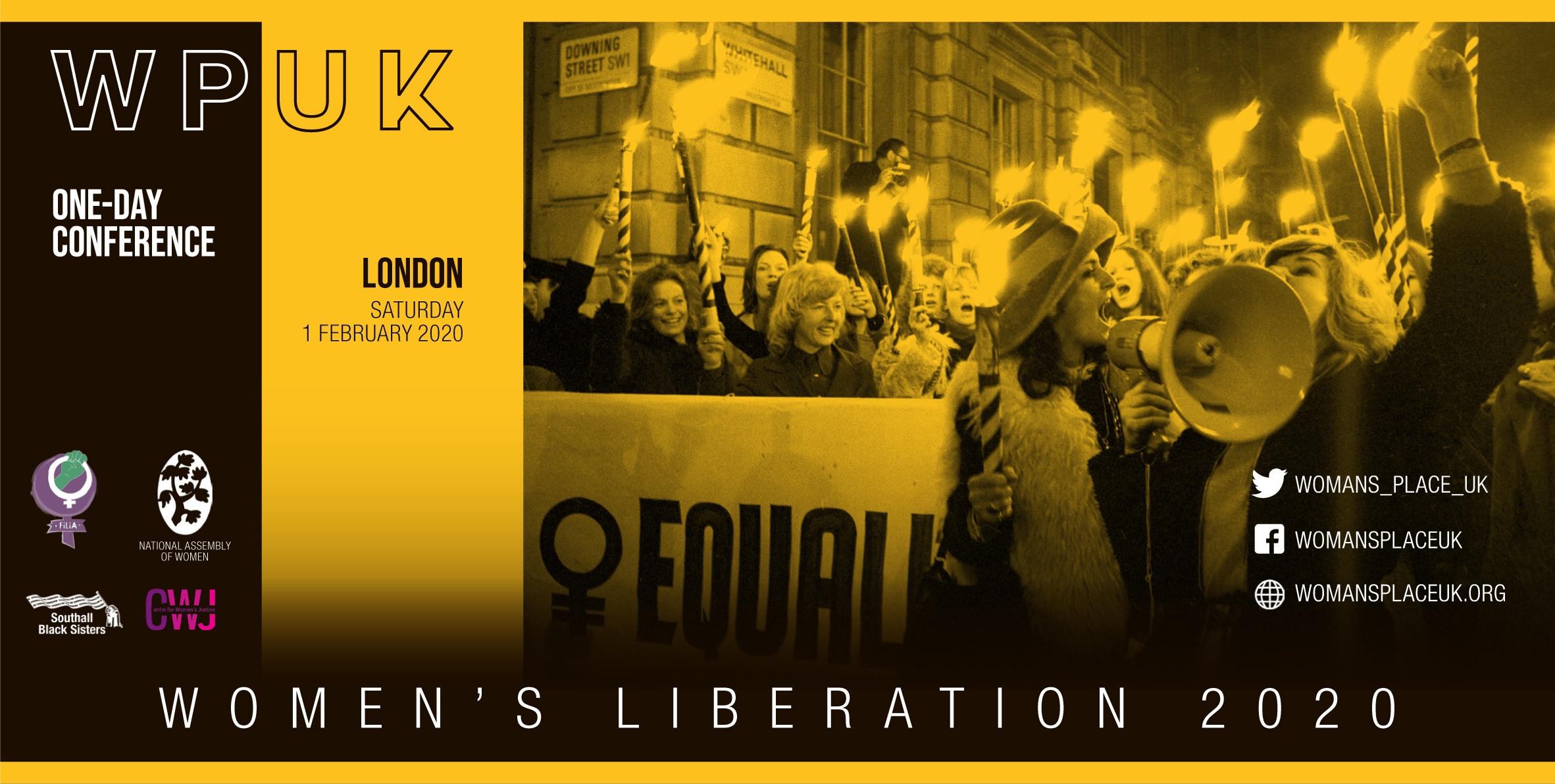 Maya Forstater is a researcher & writer working on business & sustainable development. She lost her job at the Centre for Global Development after tweeting & writing about the difference between sex & gender identity, & the implications of gender self identity for women’s rights. This is the subject of an ongoing employment discrimination case which is testing whether beliefs about sex & gender identity are protected under the Equality Act 2010.
This is the text of the speech that Maya Forstater made during the opening plenary at Women’s Liberation 2020. You can watch Maya deliver the speech here.

Wow! This is going to be an  be an amazing conference.

I am overwhelmed to be here on a panel with Pragna and Joanna.  It is an unexpected turn in my life:

I am just a feminist

I am an ordinary woman who knows what a woman is and who refused to shut up about it.

As, a lot of people now know, I lost my job for saying what a woman is.

I did not bully anyone. I did not harass anyone.

I just wanted to talk about the difference between the idea of “gender identity” and the reality of sex, and what the push to conflate them means for women’s rights.

I worked at a think tank on international public policy .

These are Center for Global Development’s values

“We are willing to challenge powerful institutions and the status quo to promote better, evidence-based practice.We are committed to transparency, diversity, and professional and personal integrity.

We value mutual respect, a collegial work place and a healthy sense of humor.”

Those are my values and I stand by them

It took me a year of reading to build up the courage to tweet about this topic.

A year of following and listening to the women who had spoken up before me.

A year of reading Mumsnet threads and twitter discussions and official documents which did not make sense and did not give me any confidence that the grown-up organisations that we trust were making decisions seriously.

It wasn’t so much that I built up the courage to speak up, but that the balance between fear and caution on one hand and rage on the other, reached a tipping point where I couldn’t not speak up.

“CGD does not require staff or affiliated experts to vet their public views and social media usage with the organization. However, we do ask that these debates be free of exclusionary statements. There were several tweets you posted that are therefore problematic; for instance, you stated that a man’s internal feeling that he is a woman has no basis in material reality. A lot of people would find that offensive and exclusionary.”

Definitions are exclusionary! That’s how they work.

I didn’t think that sounded too bad. I thought that with their values of integrity and evidence we would work it out.

I was asked to put a disclaimer on my Twitter bio saying “all tweets and views are my own” which I did.

But over the next few months, first a full time job offer, then the offer to remain as a visiting fellow, and finally the offer to continue as a consultant were gradually withdrawn.

At one point in this process, I had a meeting with one of the senior managers  who gave me the friendly advice that it is career limiting to talk about this topic.

She asked me if it was really the hill I wanted to die on.

Well, it turns out it was.

After I lost my job, I tweeted about it and the feminist lawyers arrived.

Because in the UK under the Equality Act 2010 religious & philosophical beliefs are protected against discrimination.

We have a fundamental right to freedom of belief and freedom of speech.

And that right is not worth much if you can lose your job for exercising it.

The kinds of thing that have qualified as philosophical beliefs include Scottish Nationalism, veganism  and belief in spiritualism.

They just have to — at work, and as providers of services — not treat people detrimentally because they have or don’t have a particular belief.

These were the beliefs that I took to the tribunal

Number 4 relates directly to the  demands that the Women’s Liberation Movement set out in 1970s like equal pay, contraception and abortion, childcare, an end to male violence against women and an end to discrimination against lesbians.

All of these things relate to the way that society treats the  people with the kinds of bodies that can ovulate, gestate and lactate.

And the way it treats the people with the kinds of bodies that can impregnate.

And to talk about that it is really helpful to have words.

My mother’s generation found the words

But our daughters are being told that it is unkind and “exclusionary” to even state the material reality that women are female.

We are being denied the language to be able to talk about the condition of being female.

We are being denied the language to be able to women’s rights.

The judge said  that my belief that sex is immutable is “absolutist” and “not worthy of respect in a democratic society”.

So I should have no protection against discrimination for expressing this belief in any circumstances.

Because it is a belief that is known as “stating the bleeding obvious”:

I do not believe that everyone has an innate gender identity unrelated to their sex.

But we can treat other people with consideration, and  without discrimination without being compelled to pretend that we share their beliefs.

Two weeks ago we filed Notice of Appeal to the Employment Tribunal.

There are lots of legal points in the appeal, but fundamentally it is about whether it is acceptable to talk about women’s rights including the right to;

The judge said that:

“It is quite possible to accept that transwomen are women but still argue that there are certain circumstances in which it would be justified to exclude certain trans women from spaces that are generally only open to women assigned female at birth because of trauma suffered by users of the space who have been subject to sexual assault. “

it is unfair, inhumane and unworkable to require us to negotiate our rights using this language

Why can we not use ordinary, everyday language and trust what they see?

Why can we not be allowed to ask a service provider if a changing room or a hospital ward is women-only and expect to get a straight answer?

Why can’t men who want to use women’s single sex spaces, or compete in women’s sports to validate their gender identity, accept that this is just not inappropriate.

I have stood up to this because I can.

I have also stood up because if I cannot talk about this with clear language then what about children in school, people with learning difficulties, women in prison, women in refuges, women who speak English as a second language, elderly women in hospital.

I am standing beside Labour women, Conservative women, Liberal Democrats, Greens, SNP and women who find themselves the politically homeless:

Because a free society depends on protecting and defending the beliefs we do not share.

One reason why it has become so hard and so dangerous to state the bleeding obvious is that so many organisations and people with influence have, like my employer rolled over and abandoned their values of evidence, open debate and integrity when faced with offence taking.

They have retreated into silence or mind numbing simplistic slogans.

…. now Starbucks has come out in support of encouraging paediatric transitioning, in partnership with Mermaids.

There are too many to count, and my disappointment with them is bottomless.

These organisations could have made space for an evidence based public debate but they didn’t.

Perhaps, like many of us, they initially mistook this for a side-show, a ‘toxic internet debate’, a conservative ‘right wing’ movement.

Perhaps they were scared or wanted a quiet life.

Perhaps they failed to notice the bullying and the abuse because it affects women.

I think by now they should have noticed.

And they should have noticed that this is about the basic ability to speak the truth, and to do your job.

It is about the integrity of organisations.

More and more people have reached the tipping point between fear and courage. I see so many people in this room who have spoken up in so many ways. You will meet all your heroes today…

I think some thing really important is happening here in the UK – we are small enough and organised enough, and angry enough to be pushing back on this in a way that women in North America and other places have not been able to effectively yet.

There are signs of change – to name but a few

We can speak up and we can be heard.

Inside every workplace, and at every school, college and university, every political organisation and association there are women and men trying to find the courage to speak up, and a strategy for doing it without losing your job.

There is safety in numbers – they can’t fire us all.

Whether you have found a way to speak up publicly yet or not,  one thing I want to ask you to do before you leave today.

(It is positive, practical and urgent, and it will help you deal with the rage)

Fill in one of the forms on the Scottish government’s consultation on self-ID.

The Scottish consultation is live and urgent, and what happens in Scotland will affect the rest of the UK

These people. In this room. Standing up  for women’s rights and for democracy .

Will make a difference

If you want to respond to the Scottish Government’s consultation on self ID (before 17 March 2020) there is guidance from For Women Scotland here.

And if you want to support my legal case, and get email updates on it you can donate at Crowdjustice.

This article was first published on Maya’s own website.