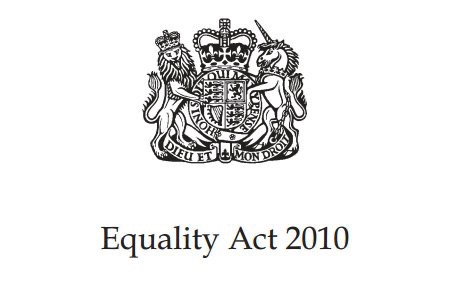 This blog is loosely based on the talk I gave, with Julian Norman, at the WPUK Women’s Liberation Conference in February 2020.

How do public bodies (e.g. DWP, schools), private bodies (e.g. Tesco, British Airways) and charities (Oxfam, RSPCA) etc write policy whilst avoiding unlawfully discriminating against someone? How can they make an environment supportive of one group without inadvertently making it worse for another? How can they use “inclusive” language without, in the process, confusing some of the most vulnerable in society?

I am not going to discuss the merits of any policy, but rather the process of making policy.

But first some law:

Firstly, we need to consider the PSED set out in s149 Equality Act 2010 for public bodies and those performing public functions:

(1) A public authority must, in the exercise of its functions, have due regard to the need to—

(a) eliminate discrimination, harassment, victimisation and any other conduct that is prohibited by or under this Act;

(b) advance equality of opportunity between persons who share a relevant protected characteristic and persons who do not share it;

(c) foster good relations between persons who share a relevant protected characteristic and persons who do not share it.

This is a duty which applies to public bodies or those “exercising public functions.” A breach of this duty may constitute grounds for judicial review of the decision in the High Court.

You may have heard of an Equality Impact Assessment (“EIA”).  Undertaking an EIA is not legally required but is recommended as the court will want to see evidence of compliance with s149.

For all bodies covered by Equality Act

Now s149 doesn’t apply to most private bodies. But a similar exercise is wise to avoid unintended indirect discrimination (under s19 Equality Act 2010).

[We know from the case of Ewaida (the case concerning a Christian British Airways employee who, as part of her religious practice, wanted to wear a necklace with a large cross over her work uniform) that it needs only to be more than one individual with that p.c. even if it is only a few people. This is sometimes called “small group disadvantage”]

Some Practical Examples (How *not* to do it)

South London and Maudsley NHS Trust “Guidance on supporting adult transgender service users”. In February 2020 you could find it here (but has since vanished) :

Why this one? I have selected this, not for the subject matter, but because it is one of the most badly drafted EIAs I have ever seen (and I have seen a lot).

It looks exclusively at the impact of the policy (regarding issues like who can use which bathrooms, single sex wards and support groups, physical health care and views of other service users etc.) by only focusing on the impact on trans people.

It then concludes that the policy will benefit transgender people of all races, sex, disabilities etc.

From the document, it appears that they have not even thought about the potential impact of any aspect of the policy, intended or unintended, on people who are not trans identified, including women, people of different faiths or races, disabled people, older people or those individuals with any other protected characteristic.

Subject to time limitations, this could have left them exposed to a judicial review (a legal challenge to the policy) or an indirect discrimination claim by someone of a different protected class. To show this policy was “a proportionate means to achieve a legitimate aim” they would need to point to evidence and analysis which demonstrates that they have thought about all protected groups and made a policy which balances their needs objectively. An EIA of this kind would leave them struggling to do so.

Another example is when an organisation decides they must change messaging to become “less gendered” like this (an example from the US):

In seeking to be inclusive to trans men (a good thing), they don’t seem to have thought about the impact on women with limited English, those with learning disabilities or brain injuries. I am advised by specialists, this sort of health messaging would be frankly useless. Is “person who menstruates” better than “women” for these people? Were they consulted or even considered?

So how to do it right? Tips for Equality Act compliant policy making

Why are exemptions important? Parliament recognised it was important that, where objectively appropriate, these particular exceptions to general rules against discrimination are available. Whether you make a policy to use or not to use them, you will need to explain with reference to good evidence, why you have made this decision. It is not sufficient to just say, ‘We don’t have to’. You need to consult and document evidence carefully as to why, or why not, you have used the exemptions.

Single issue equality rights are a real bear trap for the unwary. By focusing on the rights of one oppressed group you can (unintentionally) discriminate against other protected classes. We are all at risk in this respect. Better to think of equality issues in the round, noting the nine protected classes in the UK Equality Act & taking account of the fact that “small group disadvantage” i.e. even if policy only affects some of the people who have a p.c., as with sex or race, it can still constitute discrimination.

So, we need to balance all competing needs; and examine any potentially adverse impact of a proposed step. The concept of conflicting rights is very normal in equality law. Anyone saying, “There is no conflict of rights” (meaning there is never one between say sex and gender reassignment) doesn’t understand equality law.

I am a discrimination solicitor who, unusually, puts my head above the parapet on social media. I tweet openly as @AudreySuffolk about my subject. As part of my commitment to public legal education, I give my general opinion where I think people have got rights under equality law. More recently, I’ve done so with regards to the heated gender identity/trans rights versus women’s rights conflict. I tweet politely and try to assume interest and goodwill from those who correspond with me. Sadly, this is seldom replicated by some who engage with me with hostile condemnations (now known to me as the “die in a fire scum TERF” brigade). I believe that people who come under all nine protected classes have equality rights, but sometimes those rights conflict and have to be balanced, in accordance with the principles of UK Equality law

For this, I have been complained about to my employers, to our funders and to our professional network, despite these explicitly being my own thoughts and not necessarily shared. Luckily, all the organisations have shown backbone, but others have not been so fortunate.