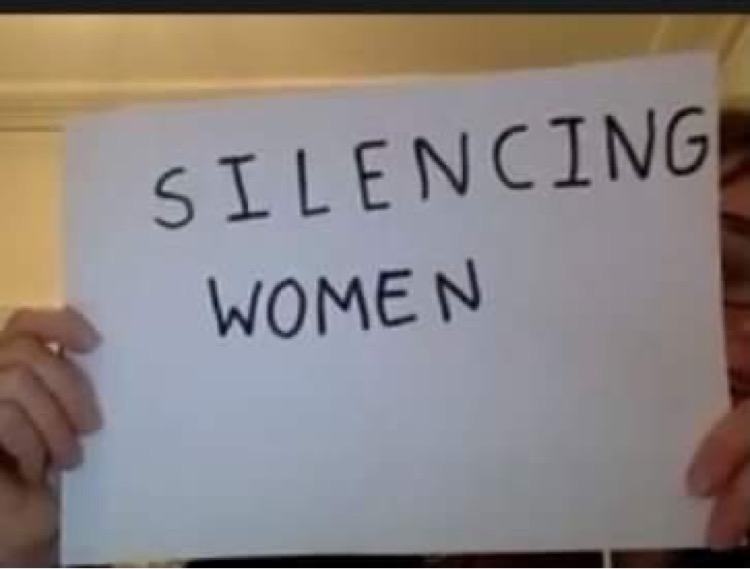 A story of bad faith, procedural labyrinths and digital disempowerment in the Labour Party

Across the UK, women have been persistently highlighting how we are being excluded and delegitimised from participating in key discussions and policy-making about sex, gender and gender identity.

These are hard questions which need proper engagement in good faith. Too often, however, women who refuse to chant thought-terminating mantras and accept the erasure of “women” as a category of analysis and political action have been shouted down (and worse) as bigots, fascists and indeed murderers.

A breath of fresh air

It is in this toxic context that a motion presented to the Portsmouth Labour All Members meeting on 19 November, calling for a broader debate around the Gender Recognition Act, was a breath of fresh air. First passed in the Southsea Labour Party branch in March this year, it sought to open up a space for debate in which everyone could be given the chance to talk about their oppression without fear of repression. The women presented their motion in good faith, in the spirit of democracy, freedom, and respect which supposedly represent key values of the Labour Party. But their trust was misplaced. They had not realised that the very danger that they were trying to prevent with the motion – that of not being able to speak on key issues affecting them – was already very much there, taking advantage of their belief in the possibility of a genuine exchange of viewpoints, evidence and experiences.

The debate was a non-debate. Facilitated by the new online modality of a Zoom meeting and its mute button, those who are normally in control of these meetings have now got even more power to silence or give voice on the basis of their own preference, without any scrutiny, or possibility for rebuttal. Indeed, any form of protest or disagreement can be easily obscured and ignored. The intricacies and grey areas of the Party rule book and procedures – and the lack of knowledge of most members of its content – has always been a tool of power in the hands of those who have the time and inclination to study it. This, too, is exacerbated by Zoom. As the Chair sped us through a packed agenda, considerable confusion was generated about what was going on for most of the meeting. Were we raising our hands to speak or were we raising our hands to vote? Were we voting on an amendment or were we voting on the motion? How were hands being counted between those physically raising them on screen and those putting their blue Zoom hand up?

In reality, the motion itself was never discussed. Instead, it was sabotaged by a disingenuous “amendment” which was, in reality, a completely different motion. Briefly flashed up on screen, this wrecking amendment completely changed the motion in both letter and spirit, by removing and replacing most of the text. It erased the only two mentions of the word “women”. It replaced references to women’s right to self-organise, campaign and advocate for women’s sex-based rights with phrases including “No minority group should have to debate their right to existence”. Our motion was never about debating anyone’s “right to exist”. But what the wrecking amendment did was erase women by removing their right to speak about their own existence.

The wrecking amendment also transformed the words “debate” and “discussion”, two words which imply equality between people with possibly different opinions, into the prescription of political “education”, a word which implies the authority of a group or individual over another. As the subsequent discussion in the meeting made clear, and as has taken place in institutions across the UK and elsewhere, this (re)education usually means the one-way imposition of a very specific, narrow set of ideas about gender, defined as an individual “choice” and not an oppressive social structure. “Education” in this context is, in fact, very likely to mean indoctrination and/or the blind repetition of notions or dogma which do not require a full, critical engagement with the meaning of what one is learning. As one of the speakers in favour of the wrecking amendment argued, “there is nothing to debate” – only blind adherence is required and permitted.

At the start of the meeting, the Chair had promised to ensure a balanced discussion by asking each speaker which “side” they were speaking on before they spoke. This never happened. One opponent of the motion was even invited by the Chair to speak, at length, twice, despite the fact that this goes against usual practice. In the meantime, many people who had not spoken at all were left patiently waiting, with their blue Zoom hands up, never to be unmuted and given a chance to contribute to the debate by the Chair. The proposer was never given the opportunity to respond to the wrecking amendment, which meant she was not able to reply to numerous insinuations about her sinister ulterior motives or accusations of factual inaccuracy. She was not even allowed to say that she disagreed with the wrecking amendment, which neither she nor the seconder had seen before it was introduced.

In a succession of consecutive and almost overlapping votes – vote to extend the meeting, vote to vote on the “amendment” (aka the alternative motion), vote to vote on the motion (which had not actually been substantively debated beyond amendments), vote on the now completely different motion – it was all over, abruptly ending the discussion in a procedural whirlwind. The motion passed, but it bore no resemblance to the original meaning and intention. It had been changed beyond recognition, to the point that its proposers had no choice but to vote against it.

The “debate” on these issues was revealed in all its toxicity: a motion which was intended to foster the freedom of all discriminated-against groups to talk about their own oppression on their own terms, suddenly became a motion which was presenting discussion of women’s rights as an inherent threat to minorities’ (in this case trans people’s) rights. The word “women” was erased. Discussion was replaced by one-way “education”. In protest, the proposer held up a hastily made sign on camera with the message “Silencing women”. Some other women followed. The proposer was asked to remove the sign by the Chair on the basis that it was “uncomradely after a comradely debate”. When she refused, her camera was switched off, as were the cameras of other protestors.

At the end of the meeting and since, many people, particularly those in favour of the original motion and against the wrecking amendment, were left feeling silenced and disempowered.  We have reproduced here what some of the women – and one man – who wanted the original motion to pass would have liked to have said, if they had been given a voice. This reflects the diversity of our opinions, and our critical and compassionate engagement with the issues at stake based on our knowledge and experiences as lifelong campaigners against male violence against women in the UK and internationally, as mental health specialists, social workers, teachers and academics who have spent many years analysing and writing about the experiences of women and misogyny from political, sociological, historical and linguistic perspectives – but also, above all, as women, who have the right to be heard. Perhaps if we had had the chance to speak, it wouldn’t have changed the end result, but at least it would have been a democratic defeat.

This meeting, however, had very little of a democratic debate. It was a hard lesson, and one which, sadly, confirmed the need for that very motion which was wrecked by people who were not interested in, or were scared of, engaging in real debates, instead preferring to hide their adherence to a dogma by calling it “education” or “kindness”. Once again, women were erased and silenced in the name of inclusion.

We are all writing in a personal capacity.

You can read what 4 other contributors would have said here.

This was the original motion, passed at Southsea Branch on 4 March 2020, which was amended beyond all recognition at the Portsmouth Labour Party All-Members Meeting on 19 November 2020, to remove all references to women and women’s rights and replace the need for discussion with the need for “education”.

Proposed reforms to the Gender Recognition Act (2004) and the broader debate around this require sensitivity and respect for different opinions within the Labour Party as well as the creation of space for discussion.

This Branch/ PLP believes that:

This Branch/PLP resolves that the EC organise a discussion workshop for Labour Party members to explore these issues.

Updated: The authors would like to thank the women of Labour Women’s Declaration for their support and solidarity following the events of this meeting. Women in the Labour Party experiencing similar silencing are encouraged to contact them at labourwomensdeclaration@gmail.com