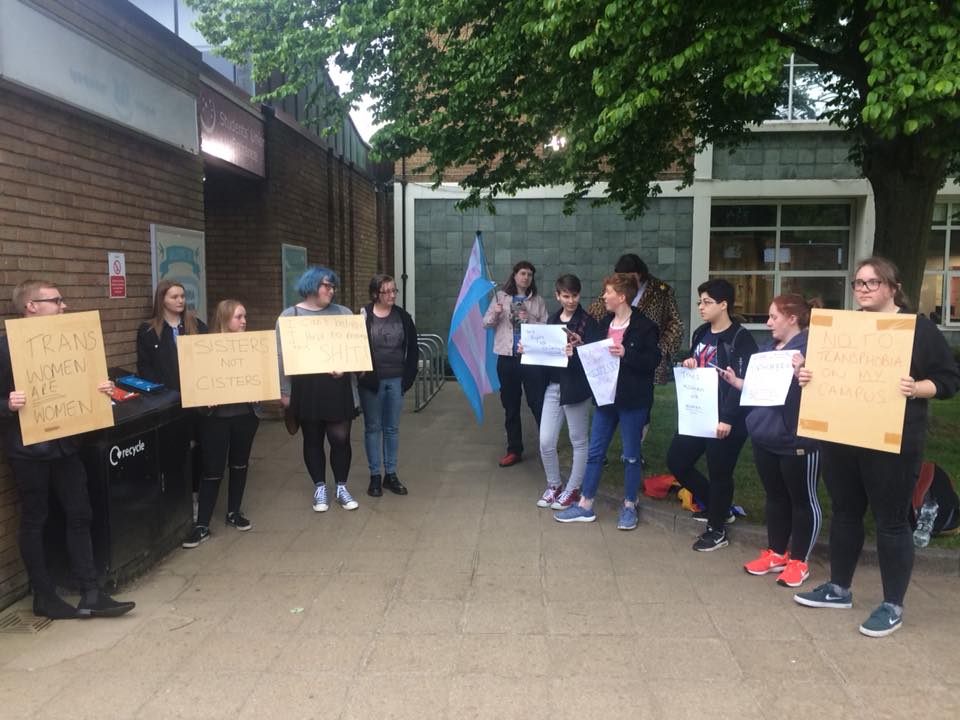 Today came the welcome news that the University of Essex has openly apologised to two female academics who had their invitations to speak at the university rescinded on the grounds of “transphobia”.

Professor Jo Phoenix had been invited to speak, in December 2019, on the subject of “Trans rights, imprisonment and the criminal justice system.” According to an independent report commissioned by the university, complaints were made that Phoenix was a “transphobe” and that her presence would make people feel unsafe. The report describes the decision to exclude Professor Phoenix as “unlawful”, adding:

There was no reasonable basis for thinking that Prof Phoenix would engage in harassment or any other kind of unlawful speech. The decision was unnecessary and disproportionate.

Professor Rosa Freedman had been asked to attend a panel discussion, in January 2020, on the topic of antisemitism, scheduled as part of Holocaust Memorial Week. Because of concerns raised internally about her views on gender identity, the university decided not to send an invitation. Eventually, after adverse publicity, the invitation was reinstated.

Stonewall’s misrepresentation of the law

The report itself is particularly damning about the university’s relationship with Stonewall, a trans lobby group. It notes, for example, that the university’s report on diversity and equality (approved by Stonewall) misrepresents the Equality Act 2010, falsely claiming that “it is unlawful to discriminate against or treat someone unfairly because of their gender identity or trans status” (the protected characteristic is the more tightly defined “gender reassignment”).

Furthermore, the university’s policy on harassment and bullying, also approved by Stonewall, misrepresents the law on hate crimes, wrongly stating that incitement of hatred is a crime.

As the report says:

The policy is reviewed annually by Stonewall, and its incorrect summary of the law does not appear to have been picked up by them. In my view the policy states the law as Stonewall would prefer it to be, rather than the law as it is. To that extent the policy is misleading.

should give careful and thorough consideration to the relative benefits and disbenefits of its relationship with Stonewall…In particular, it should consider that this relationship appears to have given University members the impression that gender critical academics can legitimately be excluded from the institution.

This is significant. WPUK, like many other organisations, has been sounding the alarm about Stonewall’s malign influence for a long time. Stonewall runs a lucrative business providing diversity training to hundreds of universities, schools, police forces, NHS trusts and private sector organisations, most of whom have uncritically accepted its misrepresentation of the law. The harm that has been done by this is substantial. Feminist opinions are portrayed as “hate crimes”, while single-sex facilities such as toilets and changing rooms have been opened up to trans-identifying people of the opposite sex under the erroneous belief that this is required by law.

Equally significant is the report’s finding that the university may have broken the law by indirectly discriminating against women:

As for indirect discrimination, the decision taken in relation to Prof Phoenix may contribute to indirect sex discrimination against women at the University, on the basis that more women than men tend to hold (and publicly express) gender critical views. If that can be shown, it can be argued that women are more likely than men to be put at a disadvantage by a practice of excluding gender critical voices.

The vast majority of speakers who have been cancelled or harassed by universities for holding gender-critical views, such as Rachel Ara, Julie Bindel, Raquel Rosario Sanchez, Selina Todd and Sarah Honeychurch, are indeed female. The recognition that this may constitute illegal discrimination against women should be a wake-up call to soporific universities whose response to the silencing of female academics has been to pretend it isn’t happening.

And the University of Essex’s response? Like Casablanca’s Captain Renault, who was “shocked, shocked” to discover gambling going on in Rick’s bar, vice-chancellor Professor Anthony Forster says he is “deeply concerned” to discover that some staff and students “felt constrained to self-censor their speech and activity.”

Still, better late than never. For too long, university leaders have tacitly endorsed a culture that is inimical to the principles of free speech – a culture of silencing women and suppressing dissent from the trans orthodoxy. Now is the time for every university to disengage from Stonewall, review their free speech policies and make a firm commitment that they will allow female academics and students to speak openly, without fear of harassment or cancellation, about matters that affect them.