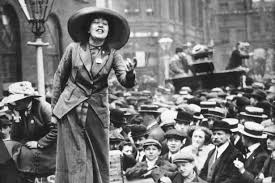 We are writing to register our concern at guidance[1] on the reporting of the gender pay gap issued last month by the Government Equalities Office (GEO) and Acas. The guidance conflates the distinct concepts of ‘sex’ and ‘gender identity’, and risks undermining our ability to measure and tackle income differentials between men and women in the UK.

The guidance states that, “It is important for employers to be sensitive to how an employee chooses to self identify in terms of their gender. The regulations do not define the terms ‘male’ and ‘female’ and the requirement to report gender pay should not result in employees being singled out and questioned about their gender.”

However, the Regulations also draw on the definitions set out under the Equality Act 2010, which define a woman as a “female of any age” and a man as a “male of any age.” Under the Act, sex is determined by what is recorded on a person’s birth certificate. For almost everyone this simply means biological sex. There are also around 5,000 people across the UK who have changed their legal sex via a Gender Recognition Certificate (GRC).

The Equality Act 2010 is the legal cornerstone of women’s existing rights to fair treatment. Its foremother was the Sex Discrimination Act 1975, which stated clearly that it was concerned with discrimination against a woman “on the ground of her sex”. The fundamental belief underlying the Act was that the physical and social consequences of being born and living with a female body are so significant that women deserve specific protections in law.

Research[2] by the IPPR (2016) attributes much of the gender pay gap to a ‘motherhood penalty’, due to the impact of parenthood on earnings and the fact that women remain the primary care-givers and are far more likely to reduce their working hours after having children than men.

Recording and reporting on income differentials between men and women is the first step in tackling discrimination faced by many women in the workplace, on the grounds of their sex. Yet in departing from the definition of sex in the Equality Act and instead advising that employers record ‘self-identified’ sex, GEO and Acas risk undermining both the quality of these data, and our ability to judge what progress has been made in closing the pay gap.

Not only that, there is a real risk that high levels of public trust in official data will be dented. Recent opinion polling[3] carried out by NatCen showed that official statistics enjoy high levels of trust amongst the British public. Yet it is becoming clear that a number of public authorities have begun to replace data on sex with data on gender identity – a shift which has taken place with minimal to no public scrutiny.

Over the last 150 years women have gained the right to education, property rights, and the right to achieve political representation, all previously denied them due to their sex. If we are to close the pay gap that exists between men and women, we must have robust, reliable data based on a clear definition of ‘sex’ – a point made by the Women’s Budget Group in their submission[4] to the UK Government on proposed reforms of the Gender Recognition Act.

We therefore call on you, as Minister for Women and Equalities, to revise this guidance.

You can read our press release here