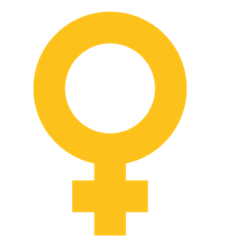 We note the reports of a black woman being harassed and intimidated at the London May Day rally on Tuesday 1st May by a masked person and several white men who opposed her feminist politics. The victim was carrying a feminist banner with the slogan “woman = adult human female”. The victim has confirmed that during a barrage of verbal abuse she was called a “N****r” and a “black bastard”.

This appears to be confirmed by video footage .

It is a sign of the depravity of gender politics that certain elements of the left believe they can resort to racist and misogynist abuse in order to uphold their genderist ideology. The footage shows a verbal and physical attack meant to dehumanise a woman of colour in order to intimidate and silence her.

It is completely unacceptable that there are elements attaching themselves to the labour movement, built with the skill and dedication of many thousands of women, getting away with this putrid rhetoric whilst others stand idly by without intervention, refusing to acknowledge racist and sexist abuse or the harassment and intimidation of feminists.

Women who assert their sex based rights have always been part of the workers movement and need no one’s permission to celebrate May Day.