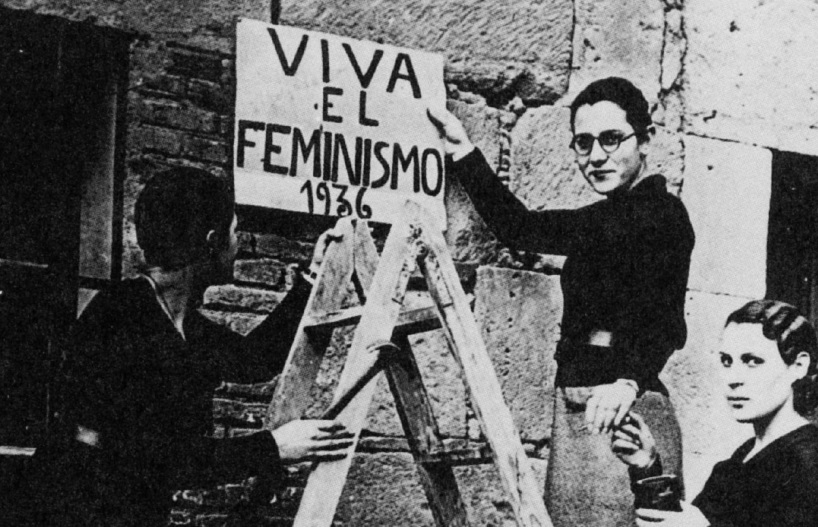 Raquel Rosario Sánchez  asks for support for sisters in Spain.

Earlier this month, the XVI Rosario de Acuña Feminist School was held in Gijon, Spain. With the title Feminist Politics, Liberties and Identities, the event took place on July 3-5 and has been under attack ever since. How come? Because in the year 2019, a feminist conference dared to hold open and respectful public discussions about issues that pertain to women… including gender.

The speeches included ‘The trivialisation of feminism and patriarchal traps’, ‘The erasure of women and the appropriation of lesbianism’, ‘Post-gender feminism and sexual transidentity’ and ‘Feminism and Diversity’, among others. The conference was a pluralist environment; some of the speaker’s views were in conflict and where there were disagreements, they stated them openly and cordially.

But neither the international esteem of the speakers nor the diversity of opinions which the audience witnessed over the three days mattered, because fierce controversy came anyway.

Although some of us involved in feminist activism here in the United Kingdom are used to the public and private backlash that awaits any woman (and sometimes man) who dares to stick their head above the parapet and discuss issues of sex, gender and identity openly, Spanish society had not yet witnessed the wrath of an activism hellbent on silencing, bullying, harming and destroying it’s opponents.

Notable among the backlash, was a legal threat by an organisation called the International Foundation for Human Rights, a non-profit which supports surrogacy;

“We are considering submitting before the Special Prosecutor Office for Hate Crime the recent events which took place in the city of Gijon, in which hate, hostility and discrimination against a group based on their sexual and gender was promoted #Transphobia.”

At a time when global uncertainly appears to be the norm, it is paramount that all of us do our best to not normalise disturbing dynamics. In order to do so, we ought to pause and ask questions. Questions such as: why would a so-called ‘human rights’ organisation threaten a feminist school with legal action for discussing gender? How has ‘gender’, the concept that feminism created to articulate the oppression that women and girls experience under patriarchy, transform into the tool used to silence and intimidate us?

If feminists thinkers are not allowed to discuss gender, then what are we here for?

The speakers, and the Feminist School itself, have been branded every name in the book; from transphobes, to bigots, accompanied by misogynist slurs. They have been made personally responsible for the violence committed against trans people. A violence that we should never forget, occurs by the hands of violent men, not feminist thinkers.

As one of the speakers at the Feminist School, philosophy professor Amelia Valcarcel, stated in response, in the backlash they have been experiencing in Spain, attacks and slurs are the tool of those without arguments. She wrote for El País:

“Taken out of its original context, the word ‘phobia’ is not a padlock; it is a sign that freedom of expression is prohibited and this prohibition must be achieved by force and without basis. It is an indication that the aim is to win through rhetoric, what has been lost through argumentation.”

Although the backlash has been significant, there has been strong support for the XVI Feminist School conferences. Among them is a statement of support which obtained 1000 signatures in under 24 hours. The statement, drafted by Mujeres por la Abolicion, argues:

“We reaffirm our support to every speaker at the conference: Amelia Valcárcel, Rosa María Rodríguez Magda, Anna Prats, Ángeles Álvarez, Xabier Arakistain, Elena de la Vara, María José Guerra Palmero and Alicia Miyares, as well as the general manager of the Asturian Institute of Women Almudena Cueyo and Gijon’s mayor, Ana González. Our support is a response against the harassment, insults and threats addressed to our sisters just because they took part in this conference.

We will defend a gender-critical and gender-abolitionist feminism, since gender is the cornerstone upon which women’s and girls’ sexual oppression is built, a method of the patriarchal politics to be eradicated. To consider it as a category to be defended, as the queer theory does, is an antifeminist practice.”

You can sign the statement of support in English here and in Spanish here.

As a Dominican citizen and Spanish speaker, I would like to ask all our British and Anglophone sisters in struggle to please accept the hand being extended, at this moment, from women in countries like mine, and like Spain. The conflict between sex, gender and identity policies can be found in Congress chambers the world over, it is ripping apart feminist organisations and it is tearing down bonds of friendship between women worldwide.

As a feminist political campaign, Woman’s Place UK stands in solidarity with the XVI Feminist School Rosario de Acuña and with women everywhere who are enduring almost unbearable attacks in yet another patriarchal backlash.

We are confident that together we will overcome, just like the women before us did, over and over again. We are optimistic that from the ashes of the gender wars, we will witness a stronger women’s rights movement which is fit for purpose. We are inspired and excited to watch women around the globe rise up and state clearly that sex matters to them, and to all of us.

Raquel Rosario Sánchez is a writer and researcher from the Dominican Republic. She specialises in ending male violence against girls and women and is currently pursuing a PhD with the Centre for Gender and Violence Research at the University of Bristol.