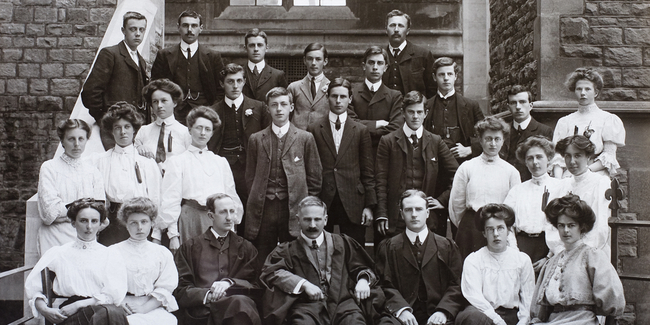 Founded in 1876, as University College Bristol, the University of Bristol was the first higher education institute in England to admit women on an equal basis to men. On 20 August, 2019, the Head of the Centre for Gender and Violence Research, Dr. Emma Williamson, felt compelled to issue a public statement denouncing the way the university has handled a student complaint for bullying and aggressive behavior towards one of her PhD students: Dominican writer Raquel Rosario Sánchez. These events relate to our Woman’s Place UK Bristol meeting which took place on February 8th 2018.

In February 2018, The Centre for Gender and Violence Research, at the University of Bristol, was mentioned in an anonymous petition calling for the (cancellation) no-platforming of a meeting being organised by Woman’s Place UK.  That petition suggested that attaching the Centre’s name to the event was endorsing “hate speech” and called into question the integrity of the Centre.

In fact, the Centre was not involved in this event and had no part in organising or hosting it. However, that petition also named one of the Centre’s PhD students who had been asked to Chair the event – and agreed to do so.

Following the event, which was targeted by activists, the University Pro Vice-Chancellor (PVC) issued a statement clarifying the University’s position on free speech.  This statement makes clear that behaviours which have the effect of silencing the free speech of others are unacceptable.  A number of events have taken place since then which raise concerns about how the University of Bristol, and other educational establishments, intends to safeguard university members’ rights to free speech and protection from abuse on this basis.

Further information was added to the University PVC’s statement in May 2018, following a complaint by the student named in the original petition and accused of “hate speech” for chairing the event (Student A), against other students in the University.  That statement read:

A University spokesperson said: ‘Concerns have been raised with us about the actions of one of our students in relation to their protesting of a talk by A Woman’s Place. This talk was not hosted by the University. A University of Bristol student chaired the event.

‘We strongly defend the right of students to protest. In this instance a complaint has been made that the form of these actions may have infringed on the freedom of speech of others in our community. The University has a duty to investigate such complaints, and secure free speech in the institution within the law. We have therefore initiated Student Disciplinary Regulations proceedings relating to the form of this student’s protest.

Following the complaint being made, posts appeared on social media which were partial and therefore misleading.  These accused the University of deliberately targeting a trans student for writing a letter and made no mention of the intimidatory behaviour and content of social media posts which had constituted the essence of the original complaint.

As the date for the disciplinary hearing approached on June 15th, 2018, more social media posts appeared calling for demonstrations in support of the student against whom the complaint had been made.  Despite the University changing the time and date of the hearing several times to keep the complainant, staff members and Disciplinary Committee safe, each time, the new details appeared on-line (by and through student B) necessitating additional security, increased fears regarding the personal safety of participants, and creating delays in convening the meeting.

Nearly 12 months on from the initial complaint, in January 2019, the University of Bristol sought a review and requested impact statement from all parties involved.  As student A’s Supervisor (with a duty to support the student during the disciplinary process), I was not asked for a contribution or informed of this review.  When the student informed me the review was taking place, I contacted the University and submitted an impact statement. Once again, whilst those supporting student A made representations in ways intended not to interfere with the due process of the complaints procedure, more social media posts appeared on line:

To add insult to injury, the University continue to drag out this most bogus of disciplinary proceedings. The case was adjourned on 15 June 2018 and, 11 months on, <removed> will face the disciplinary board again. This comes after the University suggested dropping the case, only to deem <removed>’s considerable mental health difficulties insufficient cause to stop proceedings, showing disregard for students’ mental health and wellbeing on top of transphobia.

What this post does not mention is that many of the significant delays were caused by security concerns linked to the deliberate leaking of information (again, by and through student B) about when and where the hearing was being held. It also fails to consider any mental health impacts on the student making the complaint who at the initial hearing was asked questions by the University lawyer, and cross examined by student B’s Barrister, in the presence of the student against whom the complaint of bullying and aggressive behaviour had been made. To date only student A (the complainant) has been asked to answer questions in front of the disciplinary committee.  The post also fails to mention the behavioural aspects of the initial complaint or consider the negative impact that this behaviour has had on other individuals, or the wider climate of academic debate.

The post does however mention that, following the review, the University made a decision to continue with the proceedings.  We can only assume that in balancing the submissions made, someone thought that it was appropriate for the process to continue. I do not know who made that decision and on what grounds.

It therefore came as a surprise to hear in June 2019 (18 months after the initial complaint for bullying behaviour by a student, against another student) that the University was ‘terminating’ the complaint. No reasons have been given and there is no transparency as to who made that decision, on what basis, and how it fits with the University’s own student complaint policies and procedures.

Throughout this case those of us who were involved in some way (which includes many members of academic and support staff from supervisors to wellbeing advisors to the media team who have had to respond to emails from those reacting to misleading social media posts) have remained silent in order to allow the University to follow and enact its own policies and procedures.  We have throughout advised student A to do the same and supported her in trying to continue with her studies whilst this has been on-going.

As student A’s supervisor, and at the time of the initial complaint Student B’s supervisor also, I do not feel that I can be silent any longer.  As I said in my submission to the review in January 2019, irrespective of the outcome of the complaints procedure it is crucial that it reached a decision.  As members of staff we cannot in good faith advise students to have confidence in the University’s own complaints procedures if they do not deal with complaints in a timely, safe, transparent and fair way.

I do not know what I can honestly say to a student in future who is making a complaint about being bullied and who is fearful of their safety.  Particularly in an era where student welfare is meant to be paramount, the University needs to ensure that supporting students goes beyond ‘signposting’ advice, to providing a justice process where complaints can be dealt with fairly – and acted upon.  Those who have written similar posts (during the process), calling for the same, have only ever focused on the issue of trans student welfare and not considered the duty of care owed to all students, who may themselves be vulnerable, who come forward to make complaints about the behaviour and actions of others against them.

Since the University terminated the case, further social media posts have appeared. Again, these are partial and misleading.  The student who made the complaint has been targeted on several occasions over the past 18 months since the original complaint was made.  Organisations she is involved with have been threatened with boycott, and she has been threatened with legal action, faced masked demonstrators at events she is involved in, both on and off the University campus, and had to pass masked protestors to attend disciplinary proceedings.  This targeting has escalated since she originally filed her complaint. The impact on this student (one of our international students) has been thoroughly ignored in all the social media coverage to date, and – by not seeing the complaints process through – in my opinion, by the University too.

The irony of course is that the Centre for Gender and Violence Research has been at the forefront of championing the voices of abused women and other discriminated against groups for nearly 30 years, including the trans community.  We are recognised as a centre of excellence, researching for instance the minutiae of bullying behaviours which seek to limit the agency and personhood of discriminated against groups.  Moreover, during the past 20 months, whilst this complaint was ongoing, we were engaged in a large scale study looking at aspects of justice for victims and survivors of gender based violence and inequalities.  Even within the contexts of our research, student A cannot be said to have been treated in a ‘just’ manner. The bullying and intimidation she has experienced, and which formed part of the initial complaint, appear to have been ignored. She feels that the University of Bristol has treated her in an inhumane, reckless and cruel manner and ignored threats to her safety.

I would like to make a concluding statement and recommendations about how such processes could be better dealt with in future, but this process is not yet at its conclusion. Student A is still waiting for the information she needs to make any decisions about what options are now available to her.

It is in light of these on-going failures that I feel no option but to make a public statement on this matter.

Associate Professor/Reader in Gender Based Violence

Head of the Centre for Gender and Violence Research

Freedom of Speech – a statement by the Chair of University’s Equality, Diversion and Inclusion Group

Link to WPUK statement on the Bristol Meeting and the open letter to Hugh Brady, Vice Chancellor