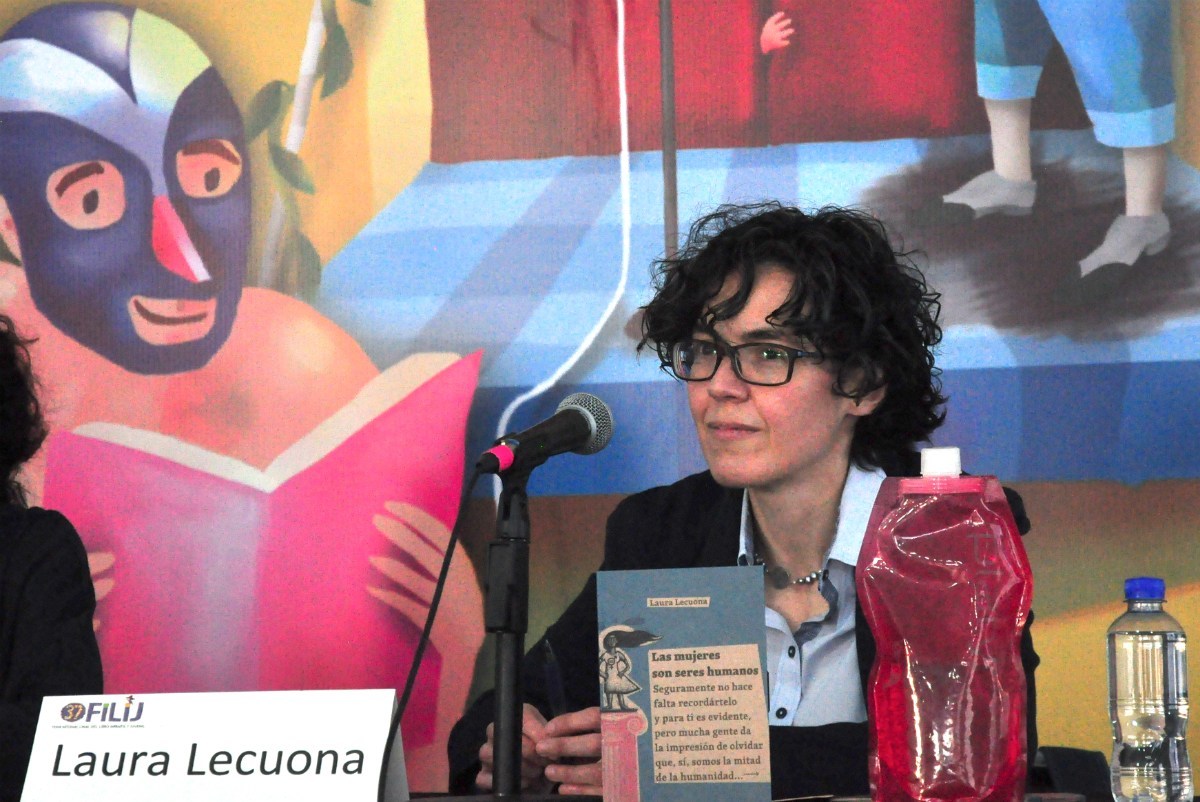 The conversation continues during this exciting Summer of Gender here in the Dominican Republic. We’re still in summer, right? Even if we are not, I am certain that these past few months of intense debate about the role of ‘gender’ in public policy will lead to an autumn, and eventually a winter, where the conversation will intensify. And I couldn’t be happier, because that’s what a democratic system of governance is all about.

The last effort to introduce the concept of ‘gender identity’ in our laws took place on 5th October 2018. It was sponsored by the Chamber of Deputies’ Gender Commission, who are still trying to hide it within the Proyecto de Ley que crea el Sistema Integral para Prevenir, Sancionar y Erradicar la Violencia contra las Mujeres (an anti-violence against women law project).

This is a pertinent time for us to remember that, in the Dominican Republic, women and girls do not have sex-based rights yet, and this law project would finally grant them to us. That being said, after overtaking ownership of the initiative this past October, our esteemed female legislators at the Gender Commission decided to modify it; eliminating all sex-based protections and replacing them with women’s rights based on our alleged ‘gender identity’. This sly manouevre eventually failed and sex-based rights have been reintroduced to the proposed piece of legislation, but we mustn’t doubt that this push will escalate.

Again, this is all top secret, so please don’t tell anyone.

It may be that one day its promoters will manage to enshrine ‘gender identity’ within our laws, but first we will debate it, democratically and plurally, which is the proper way for a country based on the Rule of Law to operate. For the moment, I think that us Dominican people should feel immensely proud of ourselves. Why? Well, because it appears that we are the first country in the Global South that has managed to halt the autocratic imposition of ‘gender identity’ legislation, even though we’ve been subjected to implacable pressure from our very own Executive Branch, international organisations and diverse representatives of civil society.

In the spirit of encouraging further debate, we will interview several international experts on this matter. Let’s start with the renowned Mexican writer and philosopher Laura Lecuona, author of the book ‘Women Are Human Beings.’

Raquel Rosario Sánchez: Dear Laura, thank you very much for granting us this interview. Could you explain to us the current situation in Mexico with regards to the subject of ‘gender identity’?

Laura Lecuona: The concept of ‘gender identity’ has been surreptitiously hidden within our laws without proper philosophical, conceptual and political discussion, among the public and without the participation of different actors in civil society. In the capital, we already have an expedited procedure to change sex in official documents; they call this ‘gender identity change.’

Following those footsteps, other states within the country have pushed for reforms to simplify this procedure. In Mexico City, we currently have a discussion within our legislative chambers about a law proposal to allow children under 18 years old to also request changes to their official documents to show they are the opposite sex. In other words, they are seeking official validation for the novel idea that some girls have penises and some boys have vulvas. This is, of course, a fiction: sex is immutable and it does not depend on personalities or preferences. It is evident to me that behind this initiative, there is an interest to turn girls and boys who do not fit sexual stereotypes into lifelong patients. Without a doubt, a very profitable enterprise.”

RRS: You recently wrote an article titled ‘Women by decree’ for the prestigious Mexican magazine Nexos which caused quite a stir. What were you talking about in that article? What was the controversy about?

LL: In the article, I explain the many ways in which substituting the legal category of ‘sex’ for the nebulous concept of ‘gender identity’ is detrimental for women. Concretely, I wrote about the implications of a law project to allow “the recognition of gender identity for children under 18 years old” in Mexico City. But I’ve already been anointed as “a transphobe” (even though I always include in my articles on the matter that we have to find a way to ensure the rights of trans people, but not by stepping on women’s rights), so because of my position against transactivism and its demands, I have become an uncomfortable person for this movement, which I consider to be highly misogynistic and intolerant.

What happened (with Nexos) is that after they published my article, the magazine found itself inundated by complaints, both on Twitter and at the news desk. As a response, they have decided not to publish any of my articles (regardless of the topic) “at least in the near future”, because according to the editor who commissioned my article “the magazine cannot be turned into a public relations office for two days every time one of your articles comes out.” In other words, Nexos allowed itself to be intimidated by people who think that gender critical feminists espouse hate speech and that we should be deprived of platforms to express our opinions.”

RRS: But Laura, many of the most adamant defenders of this reconceptualisation of gender as an individual identity are feminist organisations, who claim that this is a human rights issue. Have you thought about the possibility that maybe you’re the one who is wrong?

LL: Some of those organisations are financed by the very corporations pushing the trans agenda, which means that there’s a clear conflict of interest here, and oftentimes the financing is conditional on those feminist organisations not expressing certain opinions. In regards to human rights, I continue to insist that you can perfectly defend the rights of trans people to work, to housing, to non-discrimination, to a life free from violence, without taking out women’s rights as a casualty. Why is it that transactivists pretend to be deaf and ignore the arguments from gender critical feminists about how gender identity represents an undoing of women’s rights?

If I am the one who is wrong, then so are all the great theorists from radical feminism, those giants on whose shoulders I sit. Someone on Twitter asks a question which everyone should formulate before accusing a feminist of “transphobia”: what’s more likely? That a bunch of feminists of a certain age, who have spent all their lives as allies to the LGBT movement, who are left-leaning and many are lesbians themselves, have become bigoted, right-wing transphobes or that there is something that advocates for queer and trans theory have failed to understand?”

RRS: What would you say to people who don’t fully understand what the kerfuffle is about when it comes to the sex, gender and identity debate but who feel frightened of causing offense and therefore self-censor themselves?

LL: It’s perfectly understandable that they wouldn’t want to cause offense but, according to transactivism, political disagreement or veering away from their theories is offensive. Not wanting to play along to what they want, is offensive. Knowing that men cannot become women is offensive. We are dealing with, and this must be stated, a very manipulative movement. Evidently, it is not true that with our ideas and our feminism which centers women, we are “literally killing” trans people, but that’s the level of emotional blackmail. Besides, what should we tend to first: the subjective feelings of a couple of people or the all-too-real violence which is oppressing 51% of the human population, which is female?

It is worth mentioning that there are many trans people who are opposed to this movement which is usurping their experiences to push a political program which is more anti-women than pro-trans. It is a fact that speaking up and resisting this delirium has a high cost which not many of us are willing to pay, but we definitely need more women standing up and daring to think critically and defending our spaces, our rights and our movement, because the future of the women’s rights movement depends on it. In the era of post-truth, lies don’t fall by their own weight anymore.”

RRS: You have stated: “A man says ‘I am a woman because I feel like a woman’ and they change his birth certificate through a simplified administrative process.  A woman says ‘I’ve been beaten and here’s all I’ve been through with this man’ and they doubt her word and even question her motives for speaking out. They sure do know which one really is a woman.” Is it a human right to be legally considered a woman?

LL: There is, without a doubt, no human right to impose a particular belief about who we are on the rest of the world. That is a very twisted way of understanding our personal identity. I couldn’t care less that a man feels or believes himself to be a woman (although, we’d have to ask him what it means to “feel like a woman”; is it a tendency towards things stereotypically feminine?), but I find it quite grave to pretend to impose, through laws, that belief on everyone else. It’s akin to a forced evangelisation.

I believe that even people who recite the mantra “trans women are women” know full well that this is not true: if they truly believed that, they wouldn’t defend transwomen with such vehemence. I would love to see as many men hellbent on fighting against sexual violence as I see them vilifying gender critical feminists. Above all, if people truly believed that transwomen are women, then their demands would not be met so swiftly. In that sense, it is revealing to contrast in terms of blood, sweat and tears the struggle to decriminalise abortion with the legal recognition for gender identity. How many countries have approved one but not the other? How long did it take for each battle to win?”

RRS: Is there something that you would like to express to our Dominican readership when it comes to ‘gender identity’, from your perspective as a Mexican woman?

LL: I am aware that, currently, there is a national debate about this issue. I hope that, contrary to what is happening in Mexico, in the Dominican Republic you are able to have a pluralistic debate which is guided by rigorous thinking and which rises above manipulative propaganda. I hope this is a debate in which you are able to listen and critically analyse all voices, without any of them being slandered or silenced by prejudice. It just so happens that two of the most brilliant Latin American feminists that I know, who are critical of gender, happen to be Dominican (Raquel Rosario Sánchez and Michelle Morales). That ought to be a good omen.”

Thank you very much to Laura Lecuona for her collaboration and for her kind words. Our next interview will address the phenomenon of children who are identified as ‘trans’ by adults.

Raquel Rosario Sánchez is a writer and researcher from the Dominican Republic. She specialises in ending male violence against girls and women and is currently pursuing a PhD with the Centre for Gender and Violence Research at the University of Bristol.

The original, shorter version of this interview was published by Dominican newspaper El Caribe on August 19th, 2019. You can read it in Spanish here:

Read the original article in Spanish, as published by El Caribe, here.