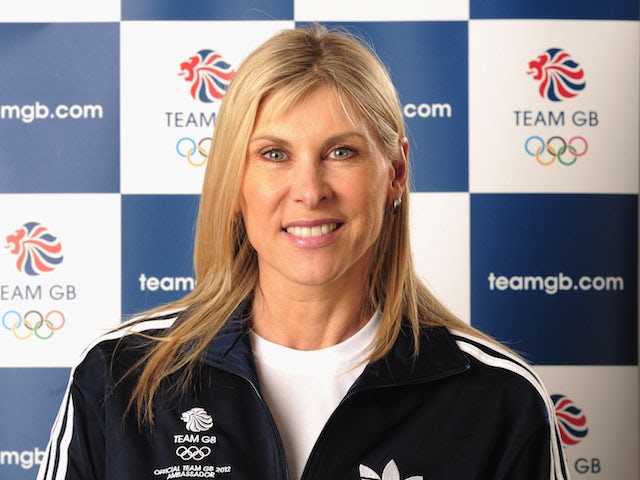 Around the world, sporting bodies (including the prestigious Olympic Games), are expanding the categories of male and female, allowing people to self-identify into whichever sex they prefer. Most sports are segregated by sex, because scientific evidence has shown that men and women are physiologically different. But what if a male person identifies as a woman?

Let’s have a conversation with athlete Sharron Davies, a professional swimmer from England. She learned to swim at six years old, to train by eight and began obtaining public recognition in international competitions by eleven years old. Aged thirteen, she represented Great Britain in the Olympic Games of 1976. The height of her sporting career came in the year 1980, when she won the silver medal at the Olympic Games held in Moscow, losing to the German Petra Schneider. Years later, when the scandal about how East Germany used to enhance their athlete’s performances through illegal drugs broke out, Schneider admitted that her victory was illegitimate. Therefore, Sharron Davies is recognized by the sports community worldwide as the rightful winner of the gold medal.

Perhaps as a result of her personal experience with the harm caused by injustices in sports, Davies has become outspoken about gender identity policies, and its impact on women’s sports.

Raquel Rosario Sánchez: Dear Sharron, thank you so much for granting us this interview. You obviously care very deeply about sports, having dedicated your life to it. What would you say is the importance of sports for women’s lives?

Sharron Davies: Sports has shaped who I am from when I first swam internationally at 11. Tokyo for me will be my 12th consecutive Olympics games so sport has always been a huge part of my life, either as a competitor in 3, in three different decades.  Starting from 13 years old to 30 years old.  I’ve been involved in sports poolside working for the BBC, then as a mum to vey sporty children, who have also competed at international level.

Sport is a wonderful equaliser; it brings the world together as a very positive force. Sports builds fitness, team work, target setting and so on, but it also teaches you that in life you will sometimes lose. So, you can either go back, try harder and learn or give up. This is a very important life skill. You also make wonderful friends for life, and sports teaches you discipline.

RRS: Now, speaking about male and female bodies, what are the competitive advantages that you argue males have over women? Is it true that, as advocates of ‘gender identity’ claim, these can be erased?

SD: Sports should be categorised by sex, not by gender identity. To this day, the reason has always been obvious: male puberty comes with physiological advantages. Male puberty comes with the chromosomes you are born with: XX or XY (sex is binary for 99.98 % of the people worldwide). Gender is a social construct. ‘Gender identity’ might be a feeling but not a biological fact.

A male who has gone through puberty, will forever have the power advantage that comes with it. Male biology comes with bigger lung capacity, more red blood cells (carrying oxygen to muscles). Males have a different Q Angle in their hips (which are narrower), therefore they are not as propense to have many knee injuries which is a big advantage on a bike, for example. They also have faster hand-eye coordination, bigger hands, bigger feet, they tend to be taller and all the things we know from simple biology class.

RRS: But in sporting competitions, maybe female athletes have superior capacities and they can overcome these biological advantages, right?

SD: Definitely not. The differences between male and female bodies remain. For example, the levels of testosterone in males vary from 7 to 30 nanomoles per litre of blood, building muscle which will always eclipse the athletic power that a female can have. The difference is evident in the fact that the physiology of males includes 8 to 31% more speed. Their advantages in height, athletic power, length, (depending on sport) in all sporting results between male and female performance has been evidenced at an international level.

This inequity is huge for women’s sports because it means that a very average male can become a world champion if they were to enter women’s sports. At the moment, there are over 5000 American men (the youngest being 15 years old), who can run faster than the woman’s World Record for the 100 meters sprint.

RRS: There are people who would say that by advocating for sex segregation in sports, you are just being mean and unfair. What would you say to people who argue that trans people are only pursuing their human right to sport participation?

SD: Transwomen (who are biologically male) come into female sports and win all the medals, set new records and take scholarships which were reserved for females. Transmen (who are biologically female) will make no inroads into male sports whatsoever. Therefore, transmen are no threat to male success and no risk to men losing their medals. If male and female were the same, that would not be the case!

Yet women are supposed to just put up with the loss of their opportunities to medals, success, creating and cultivating a career from that success, and scholarships, without an issue. Women are expected to roll over to allow the entry of biological males into female sports.

This is why I am adamant that it must be sex, not gender for sports. We can and must find better ways to include trans athletes into sports without having females lose their rights to a level playing field and equal opportunities to men.

RRS: Many advocates for the inclusion of transwomen into female sports, including some reputable sporting bodies, argue that by simply “reducing testosterone levels” for one year, any physiological competitive advantage that males have vanishes. You disagree. Why?

This advantage will not be rendered null by simply reducing the male’s testosterone levels to 5 or 10 nanomoles per litre of blood for one year, as many sporting bodies have argued, in the name of trans inclusion. Equally important, reducing testosterone levels doesn’t address the fact that puberty and male chromosomes do not go away… ever.

Aside from that, and this is crucial, if a woman had a level of 5 nanomoles in her blood stream, let’s say one year, two years, three years… before her great sporting performance (and an old blood sample was tested), she would be disqualified, receive a ban and lose her medals. How is it acceptable for a male to have that huge hormonal advantage and biological chromosomic advantage in female sports?

RRS: What would be a sensible policy alternative, in your view, which would allow both transwomen and females the right to sport participation?

SD: More research should be done on this issue before any rules are changed. Sex self-identification is an invitation to anyone who wishes to identify into top female sport. In my opinion, as a professional athlete, a feeling cannot trump tangible, proved biology. You cannot give away one groups human rights to placate another’s, especially without ample research done first, at the very least. At the moment, research coming from Sweden says that there is no loss of athletic power or physiological advantage in males after reducing testosterone for one year.

This is quite serious because in contact sports, a woman will get serious hurt if these rules based on gender identity remain in place. Females deserve human rights too, and we also have a right to safeguarding in sport.

RRS: Have you suffered any professional or personal repercussions for your political opinions on this issue? You probably knew beforehand how toxic the debate on sex and gender is. What compelled you to voice your opinion?

SD: I have been an athlete in international sports competitions for the past 40 years. I am speaking about what my experience has shown me. I also competed for 10 years against testosterone-filled East Germans who dominated female sports because they spent a generation cheating with hormones. The International Olympic Committee did nothing to stop it.

This is why I am so passionate about protecting the rights of women and girls in sport. Females represent half of the world population. Our human rights are just as important as the rights of a trans individual. Better, sensible solutions can be found but female athletes must be consulted on this issue and, unfortunately, until very recently that has not been the case.

Thank you very much to Olympic swimmer Sharron Davies for helping us with this series and for her commitment to speaking out about women’s right to sport participation. On our next interview, we will speak with several young Dominican women about gender identity policies.

The original, shorter version of this interview was published by Dominican newspaper El Caribe on December 2nd, 2019. You can read it in Spanish here.

Read all the interviews in the El Caribe series on sex and gender identity within public policy here.