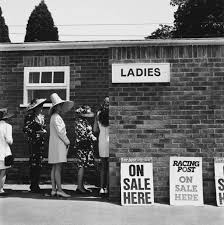 There is growing concern at the trend of turning single sex toilets into mixed sex provision.

This week, Lord Lucas initited a debate on the provision of changing and toilet facilities in public buildings.

You can read the Hansard record of the debate here.

You can watch the debate here.

Separate and specific guidance exists for toilet provision in schools.

Click here for links to other resources and guidance

We have been asked to supply a model letter that people can adapt to challenge the conversion of single sex toilets into mixed provision in a variety of contexts. Please edit to suit your circumstances.

When recipient of letter is a workplace:

Can you assure me of the steps you will take to ensure that you will abide by your legal duty?

When recipient of letter is a public authority:

I look forward to receiving your reply to my concerns,