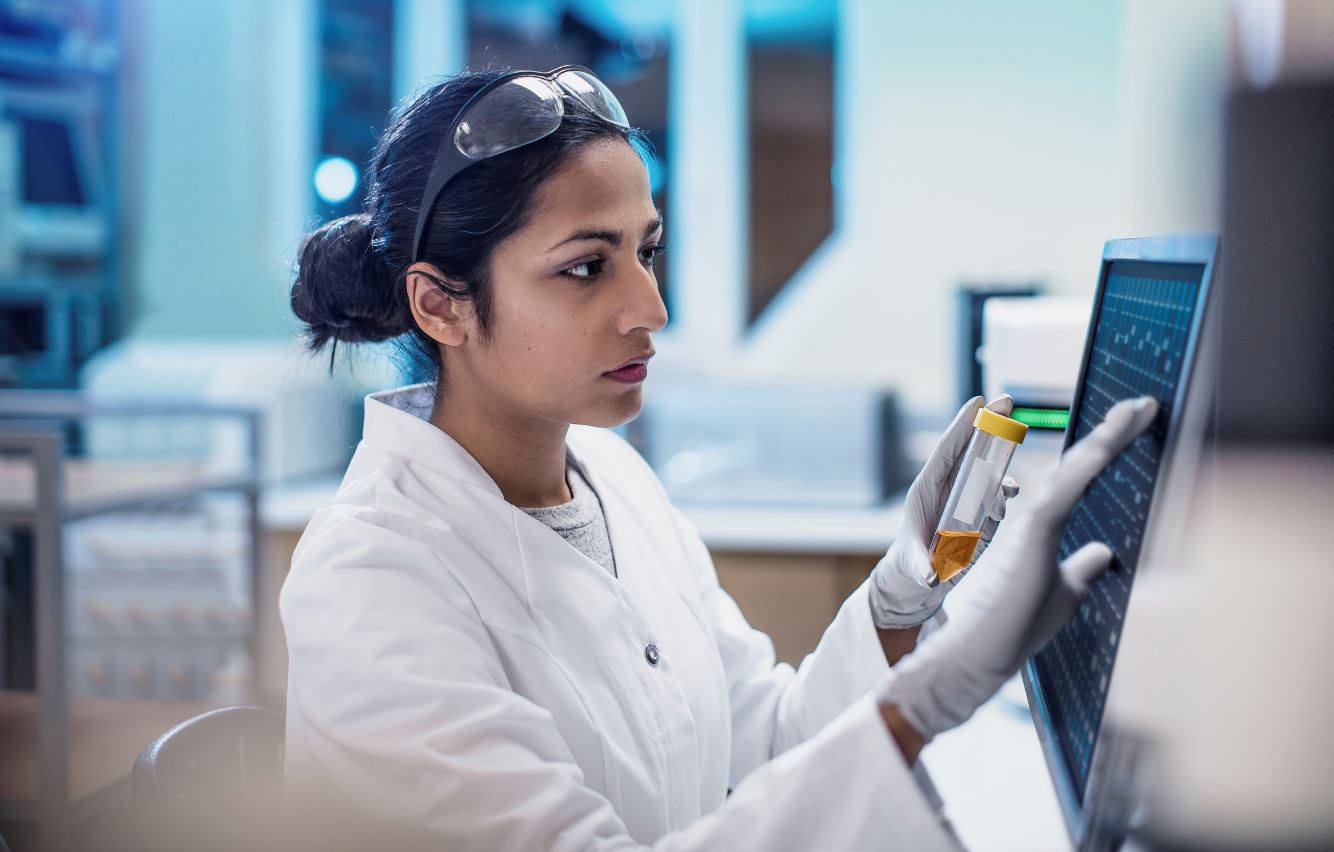 Sex matters to the coronavirus. Not only that, but sex will matter quite a lot when it comes to the development of vaccines and the implementation of adequate long-term treatment, given the fact that males and females tend to have different responses to the virus. According to data from Italy, China and South Korea, men present a higher propensity to dying from COVID-19 than women. In this, the coronavirus is not alone: the same pattern is also present with Ebola, HIV, SARS and with influenza.

A recent article by the New York Times challenged the lack of research the United States was conducting into sex differences when it came to the investigation into the coronavirus. Author Alisha Haridasani Gupta, the Gender Reporter at the newspaper, wrote:

“In the U.S., where ramped-up testing is churning out reams of data by the minute, there’s one thing we’re not monitoring: the sex breakdown. How many women are infected versus men? Are men and women equally likely to get infected? What is the fatality rate for each sex? Are symptoms exactly alike for men and women?

“The latest update on cases and deaths in the U.S. from the Centers for Disease Control and Prevention contained no mention of male and female patients. Even The Times’s case tracker, which was made public last week and provides county-level data, has no sex breakdown because that information isn’t consistently available across states and counties.”

Society didn’t need a lethal global pandemic to realise that sex matters, and that sex-based differences in medical research represent a life and death issue for women and girls, given the fact that male bodies continue to be assumed as the universal norm by the scientific establishment. Historically, women’s bodies have been ignored or underrepresented in medical research, pharmaceutical development and clinical trials. This results in inaccurate diagnosis for women’s symptoms, an erasure of female bodies in medical textbooks, and the systemic dismissal of women’s health concerns. As Caroline Criado-Perez has argued in Invisible Women, sex differences have been found on every tissue and organ system in the human body.

“Sex is a biological variable that ought to be considered in all stages of medical research. Sex-based research is vital to countless medical issues ranging from cardiovascular disease, cancer diagnosis and lung diseases, to the interactions and implications of sex differences in placental health. We are barely beginning to grasp the importance of sex-based research and the fatal impact of neglecting to take our female sex into account when addressing disease, medicine and drug treatment.”

On a cellular level, males and females appear to present an equal propensity of contracting COVID-19 but males have a higher risk of dying from it than females. Dr Sabra Klein, a scientist at Johns Hopkins Bloomberg School of Public Health, who studies sex difference in viral infections, told The New York Times: “We can confidently say from the data from many countries that being male is a risk factor. That, in and of itself should be evidence for why every country should be disaggregating their data.”

Before we move on, it is important to note how remarkable the points raised by the New York Times article are. Why? Because around the world, women’s rights campaigners concerned with the protection of sex-based rights have been engaging in an uphill battle to create public awareness about the importance of biological sex… an onslaught so fierce, that it has put the democratic principles which many of us took for granted at stake.

Although incoming data suggests that women may be less likely to die from the coronavirus based on our chromosomal make-up, the socioeconomic conditions of women’s status in society means that we are more likely to be assigned to caring responsibilities and environments which increase our risks.

A recent report by the United Nations argues that women make 70 per cent of the global health workforce which places them at greater risk of infection. According to the report, representing most of the health front-line workforce (in positions such as nurses, midwives and cleaners) is an added danger which compounds other problems, stating: “The current crisis threatens to push back the limited gains made on gender equality and exacerbate the feminisation of poverty, vulnerability to violence, and women’s equal participation in the labour force.” For context, 89 per cent of nurses and 84 per cent of care workers are women. These jobs tend to be poorly paid.

According to the Institute for Fiscal Studies, women are among those hit hardest by the coronavirus shutdown. The Institute found that women were one-third more likely than men to work in an economic sector that has faced closure due to the lockdown. Analysis by the Women’s Budget Group concurs. Dr Mary-Ann Stephenson, director of the feminist think tank, told The Guardian:

“We’d known that workers on the frontline at most risk of Covid-19 were often badly paid and mainly women, but these figures are still a shock. It can’t be right that many of those at the sharp end, providing services under pressure and at high risk of getting sick themselves, are earning so little. Many will not even qualify for sick pay. This should be a wake-up call. We don’t just need action now; we need change in the future to properly value this essential work.”

When considering the impact of COVID-19 on the economy, we must not forget that poverty has a female face and that much of the informal economy is made up of women and girls. Workers in the informal economy, particularly in the Global South where the social safety net is weaker, are facing the invidious non-choice of either dying from hunger or risking death from the coronavirus. For women living in poverty, especially those with children and/or care responsibilities for the elderly, the markedly sex-based discrimination posed by this global pandemic is nothing but grim.

While populations around the globe are advised to “stay home”, we must never forget that for too many women and girls, home could prove deadlier than any respiratory disease. Far from safe, being locked indoors is a recipe for femicide when there is abuse in the relationship and contact with the outside world is restricted.

As expected, reported cases of violence against women and girls have increased during the lockdown. The UN Special Rapporteur on Violence Against Women has warned:

“For too many women and children, home can be a place of fear and abuse. That situation worsens considerably in cases of isolation such as the lockdowns imposed during the COVID-19 pandemic.

“The risk is aggravated in a time when there are no or fewer shelters and help services available for victims; when it is difficult to access those that are still open; and when there is less community support; fewer police interventions and less access to justice as many courts are closed. To make matters worse, restrictions of movement, financial constraints and generalized uncertainty embolden perpetrators and provide them with additional power and control.”

The COVID-19 global pandemic carries a sex-based impact yet the years preceding it saw women abused into not speaking about their sex, ignored by a political class which decided to turn a blind eye to the conflict and instead, made the decision to recite antiscientific creeds.

Yet in their defence of sex-based rights, including the right to sex-based research, feminist campaigners around the United Kingdom have face an unacceptably aggressive political climate which raises multiple questions about the democratic principles society is supposed to be based on. This autocratic virulence is replicated around the globe, in other countries which have equally faced pressure to impose ‘gender identity’ policies and obliterate any mention of ‘sex’ from their legislations.

A recent statement by feminist organisation, FiLiA, on the UK government’s decision to indefinitely postpone the proposed reform of the Gender Recognition Act 2004, states:

“We note with concern the intimidatory climate in which women around the United Kingdom have been forced to operate in the defence for their sex-based rights. On this issue, women have faced vilification, ostracism, unemployment, bullying, harassment and violence.

“Everyone concerned about the sustainable functioning of society should be horrified by the democratic decay which has been allowed to fester in this debate, and which women have been made to endure, in large part as a result of the dithering and shortcomings of actors in the system who ought to know better. Although abuse against women’s rights campaigners is nothing new, it is neither inevitable nor is it acceptable.”

The burden placed on the shoulders of feminist campaigners, forced to endure unrelenting abuse in their quest to protect not only women’s sex-based rights but democracy itself, is a weight that should have been carried by public bodies tasked with a civic duty; such as local councils, academia and the third sector.

The UN’s Secretary General’s Policy Brief on the impact of COVID-19 on women argues:

“The pandemic is deepening pre-existing inequalities, exposing vulnerabilities in social, political and economic systems which are in turn amplifying the impacts of the pandemic. Across every sphere, from health to the economy, security to social protection, the impacts of COVID-19 are exacerbated for women and girls simply by virtue of their sex.”

The paramount importance of medical research into sex differences continues far beyond any three-week lockdown or state of emergency because receiving accurate sex-specific diagnosis and treatment for their bodies represents an everyday urgency for women and girls, around the world.

We can only hope that similar to the way that scientists excavate minuscule bubbles trapped under sheets of ice to determine the content of air molecules frozen in time, we can now look back and examine the bizarre moment in time in which too many public bodies tasked with a civic duty ran afoul of material reality, democratic scrutiny and science itself, in an attempt to erase the gains of generations of feminist struggle.

Today, country after country wakes up to a lockdown reality imposed by a force of nature powerful enough to halt us all. We must also have hope that this global reckoning of the pivotal importance of safeguarding scientific research over dogmatic invocations means that the door on drafting public policies which are detrimental for women, and based on mindless mantras is closed, once and for all.