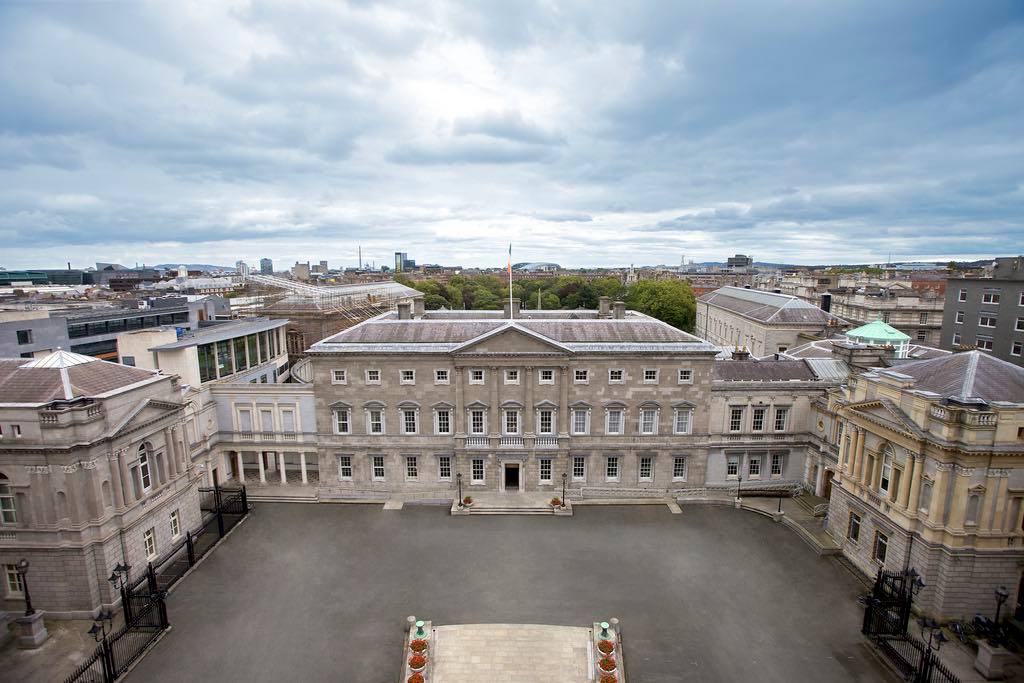 Jill Nesbitt ​is a former journalist who has worked freelance and on the staff of The Irish Times, as a researcher on The Consumer Show for RTE, Ireland’s national broadcaster, and more recently on news stories for The Sunday Times and The Times (Ireland editions).

Ireland was slower to get out of the blocks in introducing gender recognition legislation compared with the UK in 2004. Despite dentist Dr Lydia Foy first applying for a new birth certificate in 1993 following gender reassignment surgery a year earlier it wasn’t until the High Court found the State in breach of the European Convention on Human Rights in 2007 that the Irish government moved.

A ​Gender Recognition Advisory Group ​in 2011​, as in the UK, recommended that applicants be 18+ and have lived a minimum of two years in their new gender. Applicants would also have to supply one of three medical criteria: a formal diagnosis of Gender Identity Disorder (GID) plus relevant supporting medical evidence, or medical evidence that the applicant had undergone gender reassignment surgery, or evidence of the recognition of changed gender in another jurisdiction.

A bill was introduced in 2014 but activists complained that it didn’t go far enough. In February 2015 Prof Michael O’Flaherty now director of the EU Agency for Fundamental Rights, complained that the bill then before the Oireachtas (Houses of Parliament) was “certainly not progressive“. Citing the 2006 Yogyakarta Principles of which he had been rapporteur Prof O’Flaherty said that:

“The Bill should be amended so that the sovereign choice of the applicant is acknowledged. Doctors need to be removed from the picture, as their involvement suggests that gender is a matter of biology. It is only a small step from that to an insistence that people undertake ‘gender reassignment’ surgery and treatments before being recognised in a new gender identity. This would violate the legal standard, reflected in the Yogyakarta Principles, that gender identity ‘may’ but need not ‘involve, if freely chosen, modification of bodily appearance or function by medical, surgical or other means’.”

According to the Department of Foreign Affairs however, “The Yogyakarta Principles are a set of principles elaborated by experts; they are not an international treaty or otherwise binding on States. They were not intended to be formally endorsed by States.”

In May 2015, in the same month as the Irish people had engaged in extensive public debate and voted in favour of marriage equality, the Government dropped the requirement for medical evidence from the bill. In July the self-id Gender Recognition Act 2015 (GRA) was passed by the Dáil (lower house of parliament) which was 85% male.

What surprised many people here was that the self-id which British women were struggling to oppose had already happened here in Ireland and most of us knew nothing about it. Thanks to a report published last November ​by legal firm Dentons, the Thomson Reuters Foundation and the International Lesbian, Gay, Bisexual, Transgender, Queer and Intersex (LGBTQI) Youth & Student Organisation​​(IGLYO) we’ve since learnt that this was no accident.

Applicants now simply have to fill in a form (“if it is the female gender the person’s sex becomes that of a woman”), can apply for a Gender Recognition Certificate (GRC) in a different name and can apply for a new birth certificate.

Since the 2011 advisory group however each committee tasked with gender issues has had several campaigners for further change on board such as Ms Moninne Griffith, then Executive Director, now CEO of BeLonG To who said she was “honoured to take on this role of Independent Chair” of the GRA Review Group. ​Emails released under Freedom of Information reveal the civil servants wanted to remove the description “independent” at the last minute  (“If it’s not too late could the PR (in the title and first line) refer to Ms Griffith as the ‘external’ Chair rather than the ‘independent’ chair?”) though the press release from the Department simply reads “chair”.

And although women might be reasonably described as stakeholders in this debate there has been no visible input from the National Women’s Council of Ireland (NWCI).  The NWCI says that “By ‘woman’ we refer to any person who identifies as a woman.”

In November 2019 the then Government agreed to allow children aged 16+ to legally self-id with parental consent in response to the Review Group which had proposed allowing children “of any age” to self-id along with legal gender recognition for the “non-binary”. It was already possible for those aged ​16 and 17​to legally change their gender with medical safeguards. ​Along with parental or guardian’s consent (which can be dispensed with in certain circumstances) a child’s primary treating medical practitioner certifies and either an endocrinologist or psychiatrist “who has no connection to the child” concurs that the the child has attained a sufficient degree of maturity to make the decision to apply for gender recognition, fully understands the consequences, is making the decision freely without duress or undue influence from another person and that he or she is “transitioning into his or her preferred gender”. This exemption for those not yet 18+ has to be made in camera to the Circuit Family Court.

The Programme for Government of our new coalition government of Fianna Fail, Fine Gael and the Greens is now proposing not only to allow children of 16+ to legally self-id their gender and change name with parental approval but is also committed to examining the “arrangements for those under 16”. Legal recognition for non-binary people is also to be pursued and government departments and public bodies are to take “positive steps, including the use of correct pronouns” on official forms “to assist non-binary people.”

Last year saw the first sex offender with a GRC in court. He was moved to Limerick Women’s Prison which had the highest occupancy of all Irish prisons pre-COVID-19 in early March at 143%. Robert Purcell, chair of the Law Society Criminal Law Committee is reported as saying that the Act has placed the State in an impossible position with regard to transgender prisoners. According to the Irish Prison Service a prisoner once sentenced to a women’s prison “would be included in our female prisoner statistics.”

Section 5 (2) (g) of the Equal Status Act 2000 provides an exemption that treatment of persons on the gender ground are permissible “where embarrassment or infringement of privacy can reasonably be expected to result from the presence of a person of another gender”. However the new coalition government proposes to “Amend the gender ground in equality legislation, to ensure that someone discriminated on the basis of their gender identity is able to avail of this legislation.” It would appear that the 78% male government elected in February plans to do away with the protection offered to women and girls, for example, who might want to retain single-sex toilets in school.

Since 2012 Ireland has been referring children to the Tavistock’s Gender Identity Development Service (GIDS). Five months ago The Irish Independent reported that “at least three doctors working in the gender area expressed grave concerns over the service provided by the Tavistock and Portman NHS Foundation Trust” at Crumlin Children’s Hospital in Dublin.

“The concerns over standards of clinical care and governance were raised at a meeting of doctors and hospital officials in Crumlin last March. These included that children had been started on hormone treatment when they did not appear to be suitable. However, the issues raised and calls by the doctors for the service to be ‘terminated with immediate effect’ were omitted from draft minutes of the meeting.”

Half of all the Irish children referred last year were under 15 with four times more girls than boys. The Irish Government must surely be hoping that a Keira Bell case doesn’t yet emerge this side of the Irish Sea.

Here are two previous posts on Ireland published by WPUK