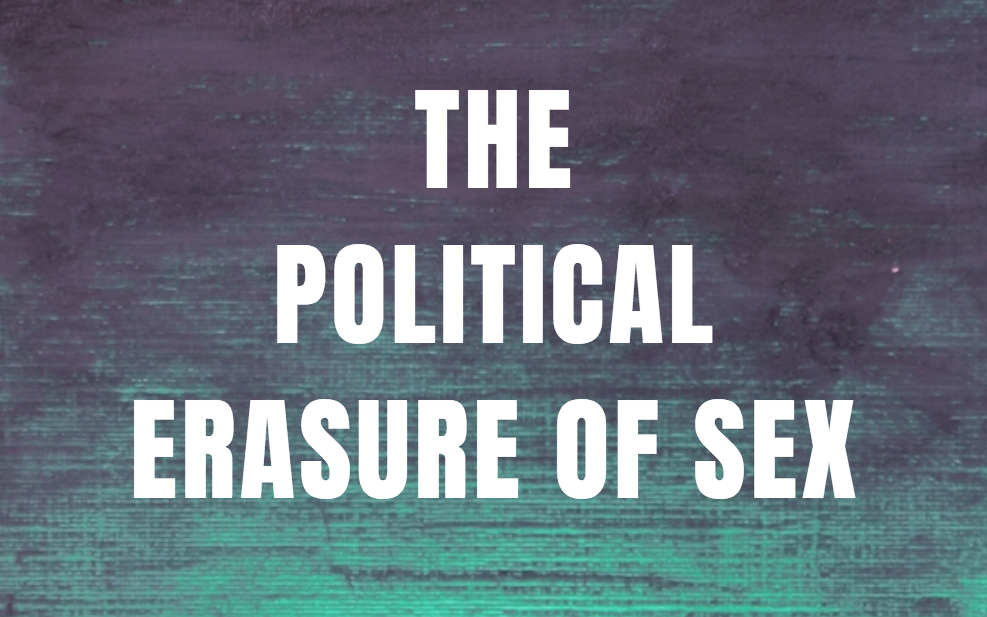 We are delighted to be supporting this important new work by Jane Clare Jones.

We reproduce here the blurb from the Political Erasure of Sex website:

“The Political Erasure of Sex is an overarching project which aims to document the process of policy capture in our public institutions, and how it is impacting the recognition and recording of biological sex in public policy, law, language, and data-collection.

This first report, Sex and the Census, examines the work of our census authorities on the recent development of the sex and gender identity questions. It explores how the almost exclusive reliance on consulting with stakeholders from LGBT organisations led the census authorities to conflate the concepts of sex and gender identity, confuse what they are measuring, and redefine the sex question on the census as a gender identity question. This process, we show, has happened without democratic transparency or accountability, and to the detriment of the interests of people who are protected in law under the characteristic of sex, and to the needs of data-users more widely.

Sex and the Census Executive Summary

Sex and the Census Full Report

Sex and the Census Appendix

Sex and the Census was researched and written by Dr Jane Clare Jones, with writing and research also undertaken by Lisa Mackenzie. The report arises from research funded by Research England’s Strategic Priorities Fund (SPF) QR allocation to the University of Oxford, and was also supported by Woman’s Place UK.”

The project is also available from the Oxford University website. The blurb says:

“This project was funded by Strategic Priority QR funding allocated to Oxford University. It is led by Professor Selina Todd and aims to use existing research to inform policymaking in the area of women’s equalities, and to undertake new research where it is needed. In the course of this project, Professor Todd, together with the project’s researcher, Dr Jane Clare Jones, worked with stakeholders including the women’s rights organisation Woman’s Place UK, the policy analysis collective Murray Blackburn Mackenzie, and policymakers including Joan McAlpine MSP to understand better the information that policymakers need, and how historical research can inform this.

As well as meeting policymakers, Professor Todd led a workshop on women’s history at Women’s Liberation 2020, a conference marking 40 years since the first women’s liberation conference. The workshop, which was co-directed by Professor Sarah Pedersen was attended by more than 40 people who included trade unionists and politicians.

An outcome of the project is a report examining the importance of collecting data on men and women in national records such as the census. This report has been disseminated to policymakers and bodies responsible for designing and delivering the next UK census in 2021 (2022 in Scotland). This report was written by Dr Jane Clare Jones, with assistance from and additional writing by Lisa Mackenzie of Murray Blackburn Mackenzie.”