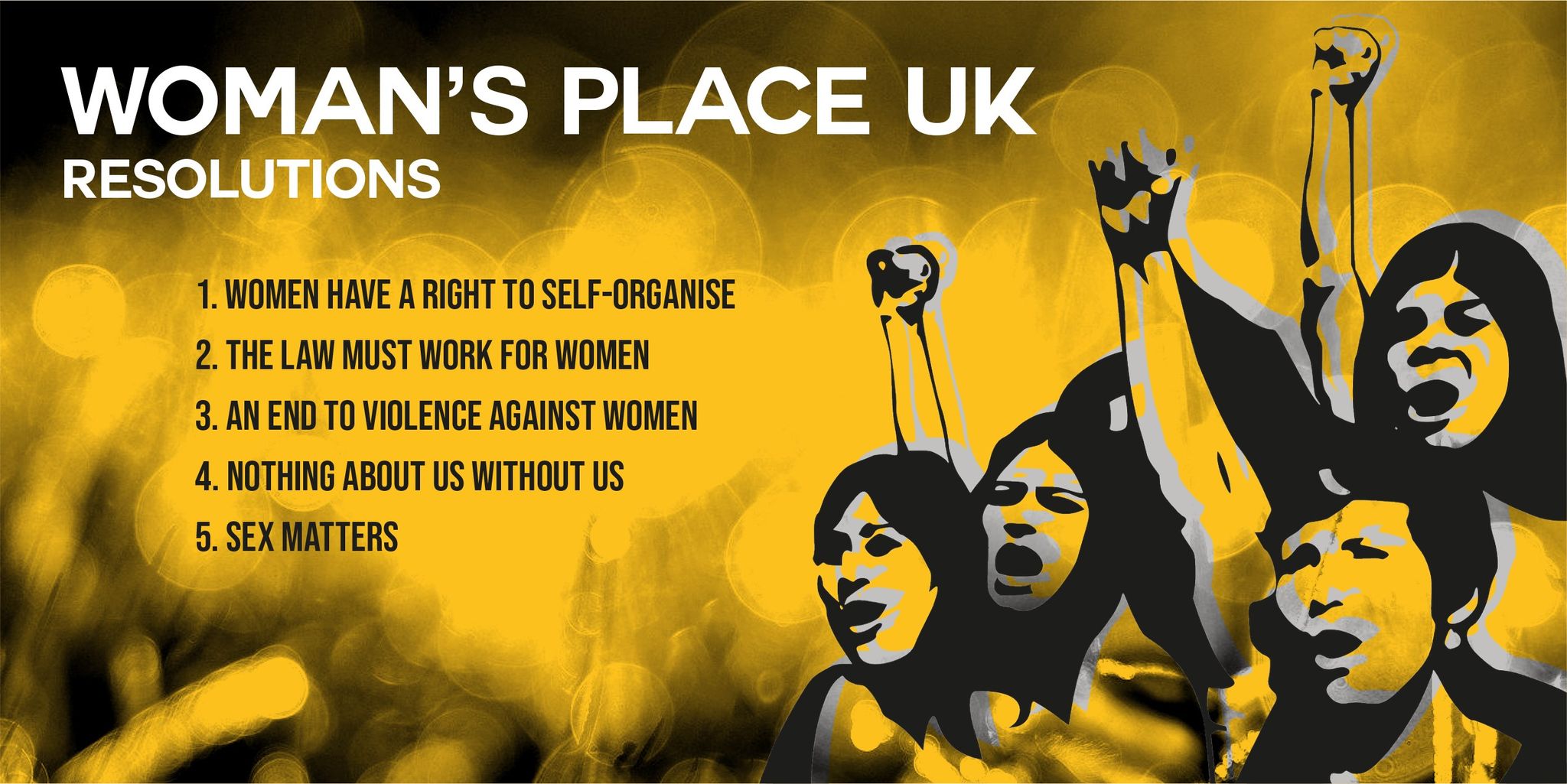 As we publish the WPUK financial statement for the first three years of our existence, it feels like a good time to reflect on how we started in September 2017 and how the campaign became something much bigger than we envisaged at the start.

A few of us had been meeting informally and sporadically to discuss the problems of women’s rights being superseded by gender identity.  Our planned meeting on Saturday 16 September 2017 happened to be three days after the assault on Maria MacLachlan at Speakers’ Corner. We had to face up to women being unable to meet without being intimidated or assaulted and what that would mean for efforts to have respectful discussions.  What would become Woman’s Place UK was just one item in a list under the heading ‘Short Term’.

The first item was to organise a letter in defence of women’s rights to speak.

Also noted were the forthcoming launch of a book edited by Michelle Moore and Heather Brunskell-Evans and a forthcoming meeting at the House of Commons at which Stephanie Davies-Arai, Miranda Yardley James Caspian and I would speak.

Under the heading ‘Longer Term’ we agreed we would also want to ‘focus on building a renewed and reinvigorated women’s movement that challenged oppression’.

But first – with urgency – we would have a short campaign about single-sex exemptions: “details to be worked on in next 2-3 weeks”. In fact, we were ready for launch – with a Facebook page, twitter account and our launch statement on google docs – in just six days, launching on Friday 22 September. Settling on Woman’s Place UK as a name has been one of the most fortuitous decisions we have made, allowing us to riff on endless subversive takes on women’s place in society, alluding to the physical spaces we need as well as the place at the table in discussions that we deserve.

We did not start out as a campaign focused on the ‘Town Hall’ style public meetings with which we are now so closely associated.  In the tradition of left campaigns, we hoped to raise the issues in labour movement bodies through discussion of a model resolution to be put to union branches, and another for constituency labour parties.  In retrospect we were overly optimistic and women who tried to get these motions debated, let alone passed, were often met with a very hostile reception.  Labour Women’s Declaration are now having more success than we had three years ago, but we are grateful to the women who tried back then – and who became more determined as a result.

Helpfully, this is my home town and a fellow WPUK organiser also lived close by.  In quick succession, stories emerged of Helen Steel, Anne Ruzylo and Heather Brunskell-Evans being shut down, and we invited them to speak too, at an event we called A Woman’s Place is on the platform.

With one successful meeting under our belt, we worked with members of Manchester Feminist Network to put on a meeting there.  And soon we were inundated with invitations from local women, some in groups such as Women’s Spaces in Scotland, but more often informal, to organise meetings with them across the country.  We have held 26 public meetings, but could easily have held more than double that number based on demand.  We quickly realised that we had a responsibility to help women organise their own meetings, and produced our guide for doing just that.

At the same time we lobbied for WPUK to have a place at the table in civil service roundtables and focus groups – at GEO, EHRC and ONS – and to meet with politicians.  We responded to consultations, wrote letters and briefing papers.  While the public meetings blossomed and just got bigger and bigger, the change in government attitudes was barely perceptible and seemed glacially slow.  But delay of about nine months to the launch of the consultation on the GRA, which was originally expected in Autumn 2017, was a hint that critique of the government premise – that self-id was a simple administrative change with no downsides – had given GEO plenty to think about.

When the consultation on the GRA was launched in July 2018 the government made clear that they wanted input from women: we particularly want to hear from women’s groups who we know have expressed some concerns about the implications of our proposals.

We spent many hours discussing the WPUK response and what we would publish to help others with their responses. And all the while there was a constant stream of emails and messages connecting us with a movement of women grappling with issues in their own lives, workplaces and organisations.  We published blogs, sometimes anonymously, from women at the frontline dealing with the problems that arise when gender overrides sex.  We put efforts into publishing guidance for challenging the policies of councils and schools.

And every day we kept a presence in the public sphere of social media, on Facebook and Twitter, posting our own material when we had it and articles of interest from mainstream media, amplifying the voices of women and providing a daily dose of inspiration in the form of our  ‘women of the day’ series.  I am so grateful to have seen from the inside, and participated in, the campaign that has made all this possible.

The public meetings became somehow the distillation, in a few short hours, of a much bigger project of thinking and listening, talking and campaigning.   Attending events as an organiser gives an unusual perspective on them. Our speakers have been brilliant, and I always enjoy watching the films of their speeches after the event.  But at meetings where I haven’t been on the platform I have rarely managed to be in the hall for an entire speech. My focus is always more on the women arriving, as they greet us and each other, find new confidence and make new connections.  Reassuring and ushering in late comers, perhaps made anxious by protests.

This was summed up recently to me by fellow WPUK organiser Ali Ceesay, talking about a letter we received from a woman who then attended one of our meetings:

“Our campaign is not about big names, the heavy hitters, the extraordinary athletes, the big words on the big stages. It is simpler than that. It is about the stories of women and girls. Us. Just us.

That we are important, and valued, and respected and worth attention, for no other virtue than simply being us. That our stories, without an appendix, or a glossary, or an OBE, or an Olympic medal, can teach as much as the most powerful expert orator.

Those penny dropping moments when a hero on stage says that magic combination of words is not to be underestimated. But the magic, the REAL magic happens in the audience. Attendees stamping their feet in applause. The lone voice of a woman who has travelled on her own to a meeting just to say thank you. The raucous chats in the pub after. The women who stand together defending strangers. The women that heard the protestors from streets away, but walked in anyway, with their heads held high. It’s the women who meet and start plotting late into the night. And it’s the emails in the inbox.

This is where the real magic happens.”

Our original short-term campaign mapped out in September 2017 has ended up lasting more than three years so far. WPUK ‘s work isn’t finished, and we are not stopping. But along the way in pursuit of that short term goal, I’d like to think we have made a start on the longer-term objective of contributing to building a renewed and reinvigorated women’s movement that challenges oppression.