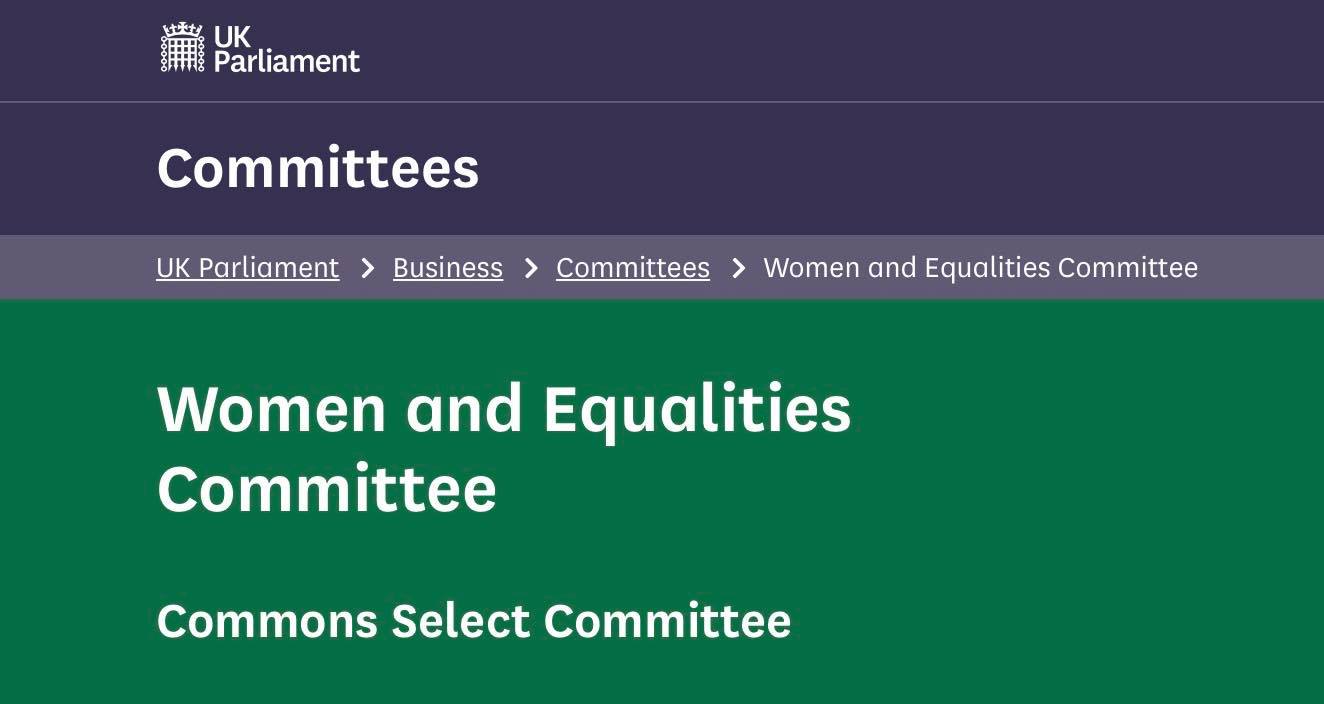 You can watch the session on Parliament TV here and a verbatim report will be recorded in Hansard.

This is an important milestone in the fight for women’s rights in the UK.

The previous Women and Equalities Select Committee inquiry (2015) into proposals to reform the GRA did not take oral evidence from women’s representatives and ignored women’s concerns. Women turned to organisations claiming to represent and work for us and found them wanting too. Political parties turned against women members and attempted to purge us from political life.

It was this realisation that women could not trust our representatives to work for us that has led to a resurgence in women’s self-organised political activity.

Woman’s Place UK and Fair Play for Women giving evidence today are just two of very many that have sprung up in the UK in the last five years. (FiLiA has a longer history). All of these groups are building on the work done previously by other groups and individuals. And all of us are standing on the shoulders of women everywhere who are standing up and speaking out.

Some women have paid a huge personal price. Many of us have been subject to abuse, threats and attacks.

Our campaigns have been smeared and misrepresented.

But we have all persisted. Thank you to everyone who has spoken up for women.

Today, we had three powerful spokeswomen speak up for us.