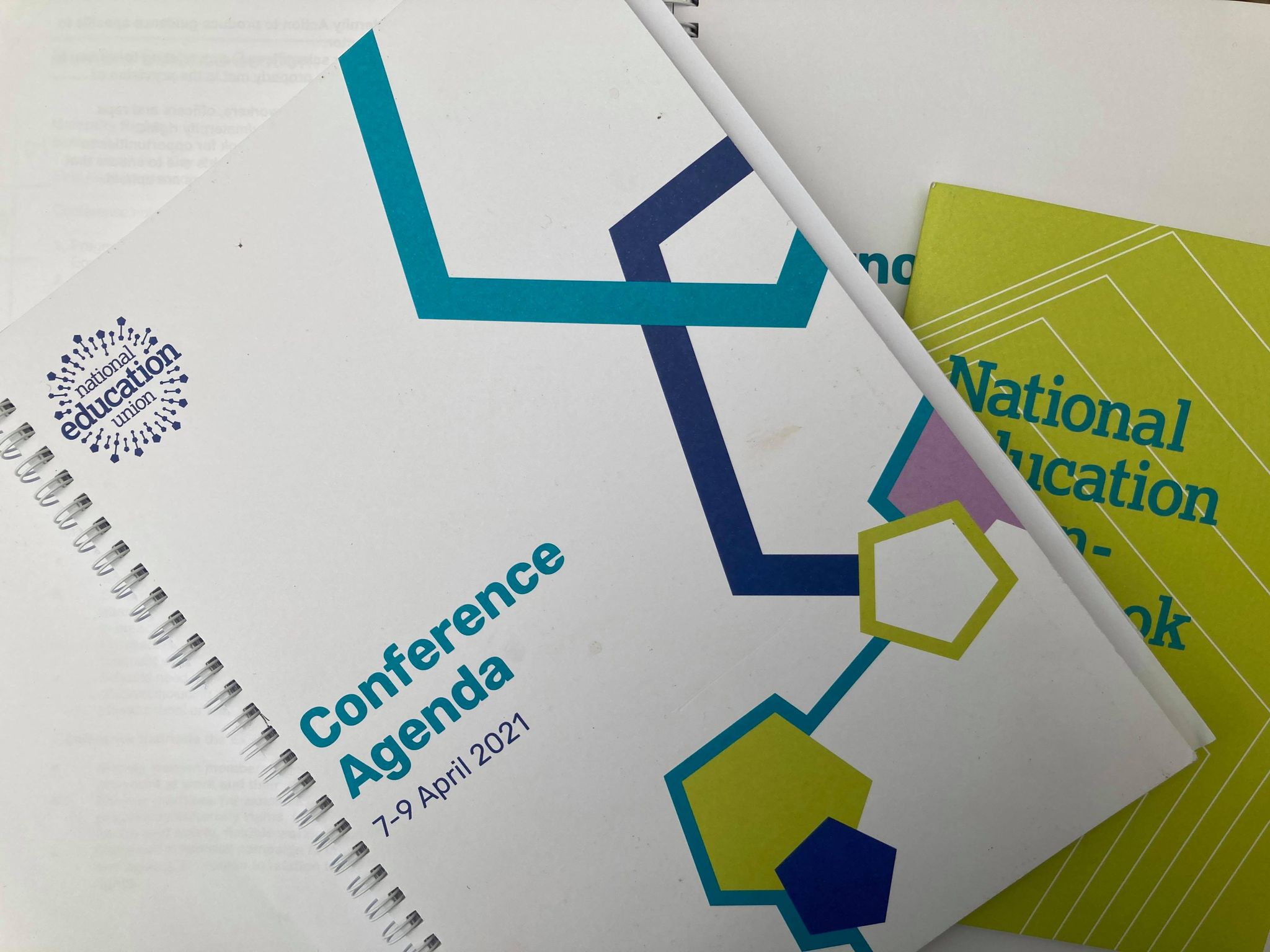 Delegates at the National Education Union (NEU) conference recently passed a motion which asserts the importance of discussion and debate, with 75 per cent voting in favour. The text of the motion is reproduced at the end of this post.

This is particularly welcome at a time when commitment to freedom of expression is under threat. There has been widespread criticism of the Conservative government and its attempt to proscribe organisations or topics in schools and colleges even as it presents itself as the guardian of free speech elsewhere.

But it is not only government which is touchy about the right to speak freely. The commitment of many on the left to freedom of expression is becoming increasingly selective.

There is outrage from many when left-wing activists are censored or expelled from the Labour Party but enthusiastic endorsement, or deafening silence, from some of the same people when the expulsions are proposed for women expressing support for sex-based rights. When women have attempted to raise their concerns, Labour activists shut them down, censure and threaten them or smear their reputations.

Unions debating the right to debate

The NEU isn’t the only union to debate freedom of speech. In 2019, members of the University and Colleges Union, UCU, voted narrowly against a motion on academic freedom. Academics who have spoken up for women’s rights have come under attack and have found themselves more likely to be blocked on social media than supported by their union leadership.

This is why the motion passed by the NEU is so significant. The motion asserts that:

The motion also references the often toxic nature of debate in society, noting:

“the intemperate nature of much recent public debate on a range of issues and condemns any vitriol or personal attacks and any silencing of legitimate discussion on diverse or controversial subjects.”

This will resonate for many women attempting to speak in the public arena – on any issue.

Some people claimed that passing this policy on discussion and debate would open the door to fascism and hate speech but gave no evidence to support this.

Thankfully, NEU conference delegates rejected this claim, not least because the motion affirming discussion and debate makes an explicit exception for fascist views. This position may not satisfy freedom of expression purists but the significance of the fourth largest union in the UK (with more than members 450,000 working in education) asserting the importance of dialogue and challenge should not be underestimated.

The NEU’s membership is 76% female so the opinions of these women really should matter to the union. Signs that the NEU and its members are serious about challenging the oppression women face were evident in the passing of several other motions. These included motions on sexual harassment, abuse and violence against women, maternity rights and tackling pay inequality.

Like many organisations, the NEU has equality policies that apparently contradict each other. Labour’s 2019 manifesto has commitments to self-ID as well as to single-sex spaces. The NEU has policy in support of self-ID but will have to navigate its way around the sex-based policies it has also agreed. These contradictions are everywhere and they will need to be resolved.

What is certain is that where conflicts arise, the only feasible response is dialogue. Which is why the passing of the motion on discussion and debate is an important win for all members of the NEU. It could provide a route out of a stalemate which has counterposed two positions for too long.

But it is also a win for the labour and trade union movement as a whole.

Committing ourselves to the rights of discussion and debate means we will all be in a much better position to challenge attacks on free speech when they come from authority or government. Upholding the right to speak out on issues of concern to us, to speak truth to power, not only strengthens the movement but will be vital to stem the rise of genuinely fascist tendencies in our society.

Kiri Tunks is an activist within the NEU and a co-founder of Woman’s Place UK.

Text of the motion

Discussion and Debate in the Union and in Schools

Conference condemns recent attempts by elected national and local politicians to silence school staff, especially Headteachers, who have spoken out on ‘political’ issues such as funding and recruitment problems in schools.

Conference condemns the government’s proposed measures to ‘protect’ free speech as hypocritical and contradictory and seeks to promote its own political agenda, and notes:

(d) the threat to withdraw funding from universities which do not adopt the government’s preferred definition of antisemitism – a threat in contradiction to its claim to protect free speech;

(e) the minister for education’s equivocal comments on the right to protest.

Conference notes the intemperate nature of much recent public debate on a range of issues and condemns any vitriol or personal attacks and any silencing of legitimate discussion on diverse or controversial subjects.

Conference further notes that there is some very good work happening in schools and colleges and applauds such efforts to ensure our young people learn the skills of debate and how to look at issues from different perspectives.   However, we are concerned that the squeezing of the curriculum will limit access for many young people to such opportunities and we call for the reinstatement of Citizenship to the curriculum.

Conference instructs the Executive to:

ii) do what it can, through collation of best practice and disseminating through Briefings, Equality Conferences, Annual Conference, and other opportunities, to ensure full member participation in the democratic processes of the Union

iii) campaign for the reinstatement of Citizenship to the curriculum

vi) to campaign for a critical and challenging curriculum that respects and enables debate.

You can read all the NEU conference motions here.