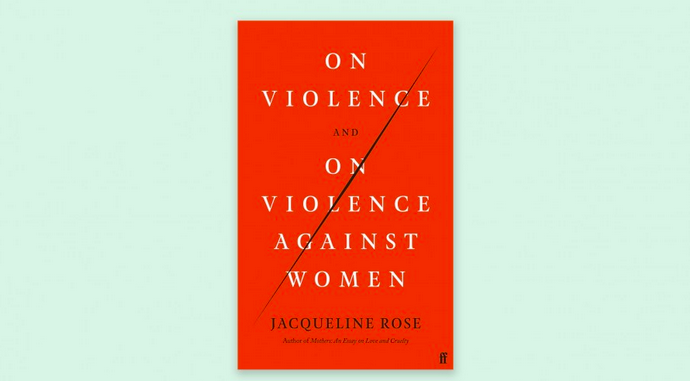 A Review of ‘On Violence and on Violence Against Women’ by Jacqueline Rose (Faber and Faber 2021) by Beatrix Campbell.

The blindness of male violence

A line of white men in dark suits – White House officials – stand, unseeing, behind President Trump as he signs a malign anti-abortion order that will have fearful consequences for millions of women in many parts of the world. For British scholar Jacqueline Rose, ‘these men are killers. But their murderousness is invisible – to the world (illegal abortions belong to the backstreets) and to themselves.’ They are – her word –  ‘blind’.

That was not the impact of the image on many others – global media fully registered the significance of the order and its executors: the whiteness, maleness and triumphant menace of Trump and his sentries, not least Vice-President Mike Pence, standing on the President’s right, leaning in, the moral custodian of his amoral President.

It was 23 January 2017, Trump’s first day in office, and it was followed two days later by the Million-Women March in Washington against Trump.

Where Rose observes unthinkingness and ease, others discern devout religious misogyny (Pence) in alliance with promiscuous couldn’t-give-a-damn misogyny (the President) and modern, manicured misogyny (his son-in-law, Jared Kushner). These men thought their way to that executive order, either as ideology or a tithe to the conservative, Christian vote. The gesture was not unbidden or blind, it was a ‘bring it on!’ gesture, an acknowledgement that they were in an argument that they wanted and needed to win.

Rose proposes that the image illustrates ‘the rift between act and understanding, between impulse and self-knowledge’, violence that thrives on ‘a form of mental blindness.’ In another instance, she refers to violence as an effect of the precariousness of power, a pre-emptive response to the risk of losing it. In either case, she argues, violence must also be recognised as ‘part of the psyche’, a presence in us, rather than – in ‘one version of feminism’ – to be rendered unthinkable, ‘shunned beyond the remit of the human’.

These hypothoses exemplify Rose’s awkward engagement with feminism. She is at her best when she writes about writing: her chapters on story-telling, from trans women’s stories of themselves, to Sylvia Plath and the remarkable, alarming, heroic Eimear McBride, display her eloquent, artful ambivalence. But this is an odd  miscellany of previously-published essays. There are insights, of course: on the trial of Oscar Pistorius, on refugees, on sexual harassment. But they are strung together as if they form an arc united by the explanatory power of psychoanalysis.

An absence of research

The core theme, violence, escapes her bid for coherence. Her hypotheses and scenarios are untouched by the profusion of research, both theoretical and empirical, on how violence is created, how it is imagined, made and maintained, both by men and by states or their satellite systems; how it is relished and rewarded and – as Judith Lewis Herman says of sexual abuse – how it is so condemned and so condoned.

Rose cites a former gang member recalling his youthful violence as a blink, a blur, unremembered. That was because, like Keith Richards’ heroin days, this boy’s memory was melted in drink and drugs. And in any case this is an old trope, challenged by criminologists, sociologists, psychologists,  anthropologists and above all feminists, who have studied the thoroughly gendered manifestations of violence in our time, and the vaults of bad memories accumulated by women’s movements, women’s refuges and Rape Crisis centres, by communities living with the proliferation of homicide that exhausts the ‘new democracies’, from Brazil and El Salvador to South and Central Africa, and the unexpected prevalence of rape and domestic violence in egalitarian societies – all ignored by Rose.

It is a shame because she therefore blinds herself to pioneering feminist work that has illuminated the meanings of violence, and most importantly, has undone the cliches of ‘all a blur’ and ‘red mist’ and ‘I just snapped’ by disclosing the resources, effort and imagination  – the thinking – involved in perpetrating violence.

Rose argues that violence, abuse, harassment and the trans experience all belong to the injustice of sexual difference into which we are born; she invokes an ineffable ‘something in sexuality that evades our mental grasp’. Other feminists would argue that violence resides not in an unknowable something, not sexual difference as such, but in the social scaffolding of subordination and domination built upon it.

Rose takes some inspiration from Hannah Arendt’s ground-breaking insights into Nazi war crimes. But I venture that Arendt’s critique of the unthinking, ‘just doing my job’…’banality of evil’ of institutionalised, state-sponsored violence is simultaneously vital and limited. Does it help us understand boy soldiers, boxers, favela gangsters, Isis, the white imperial soldiers who grabbed the hand of a black African before severing it, who would smell the skin and touch the neck of the slave before encircling it in iron, the torturers who design harm, or the woman-beater who knows not to touch the face, who guides the fist to the kidneys, for whom the violent act is one resource in a repertoire of coercive control?

Though these categories – and their conducive contexts – are all associated with cultures of masculinity, they are certainly not generalisable to all men. Nor, therefore, can they be extrapolated from a foundational, universalising, ahistorical eternal theory of the birthing of the human condition. All we know is that it is mostly men who do it, but not all men and probably not most men. All we know is that we are not born to it.

The productivity of violence

My personal experience – as a writer in residence in male prisons, working with men serving life sentences for rape and murder – taught me that violence, like love, is not blind: these men could be vivid about the thinking invested in violent acts. They were articulate about the tactics, the purpose and productivity; some were eloquent about the bio-chemistry of pain and self-harm inflicted and endured.

I mention this because Rose proposes ‘a new way of thinking about violence against women in our time’ that is, to think about it as ‘a crime of the deepest thoughtlessness. It is a sign that the mind has brutally blocked itself.’ Certainly, their thinking blocks empathy. But that’s different.

Search and you will not find the galaxy of other thinkers who have contributed to ‘a new way of thinking’ about violence and abuse in which Rose swims: David Finkelhor, the founding theorist of perpetrators’ strategies, James Messerschmidt and R.W.Connell, theorists of masculine cultures and violence, Klaus Theweleit on fascist violence, Veena Das on India, Alba Zaluar on Brazil, Cynthia Enloe on the US military, Mary Kaldor on the new wars, and Jalna Hamner, Carole Smart, Betsy Stanko, Liz Kelly, Miranda Horvath, Jaqui Saradjian, and so many, many more feminist scholars who have changed what can be known and thought about gender and violence.

Not-knowing, or not-considering allows Rose to remind her readers – after citing global statistics on violence – that she doesn’t want to ‘carry on listing all the forms of global violence against women, as it is one feminist tactic to do’. Feminism, she says, ‘is not served by turning violence into a litany, as if the only way to make us think about such violence is by verbally driving it home.’

Thus, Rose defends herself against the disturbance of engaging with the insights of theorists and activists for whom feminism is simultaneously recognition of the catastrophe of patriarchy and the heroism of its survivors and adversaries, and the hope vested in its politics.

A similar difficulty afflicts her discussion of transgender experience of violence. Whilst she cautions that feminism has ‘nothing to gain from seeing women as solely or predominantly victims of their histories’, it seems that trans discourse has everything to gain. Trans existence is a ‘life and death matter: the murder rate of trans people is significantly higher than among the non-trans population.’

Surprisingly, in such a fastidious writer, this claim is unchecked. The best analysis of trans homicides in the US, taking account of ethnicity, age, location, economic vulnerability, comes from Prof Alexis Dinno, an epidemiologist and herself transsexual, who warns that findings are provisional because the evidence base is thin. That said, she arrives at a different and ‘surprising’ conclusion: ‘transgender residents may have been at lower risk for homicide than were ‘cisgender residents.’ However, ‘a large majority of transgender homicide risk is borne by young Black and Latina transfeminine individuals.’ Economic vulnerability, driving them into sex work, suggests that high homicide rates are not related to being trans, as such, but ‘may express anti-sex worker violence’.[1]

Rose’s defences also cauterise her engagement with the violence of bodily transition and the political bullying expressed in the extreme trans dogma: ‘there is no debate’. Rose urges everyone to be nice: ‘it is so manifestly self-defeating for feminism and transgender, two movements fighting oppression, not to talk to each other. For me, trans women have earned their place at the banquet of feminism.’ Earned? Banquet?

Rose thinks that ‘it is because trans women prise apart the question “Who is a real woman?” with such pain….that they should be listened to…’ For sure, the trans journey is anguished, but is the trans journey about radical questioning or an attachment to traditional femininities, and how is the listening to occur if, as in the current tempest, the trans advocate blocks you and insists that you may not listen, never mind speak or share a platform?

Beatrix Campbell is a lesbian, writer, feminist, activist, playwright, broadcaster and social commentator. She was a Rainbow List National Treasure in 2014.

What needs to happen to end violence against women?: Karen Ingala Smith

You can watch recordings of our webinars on other books here