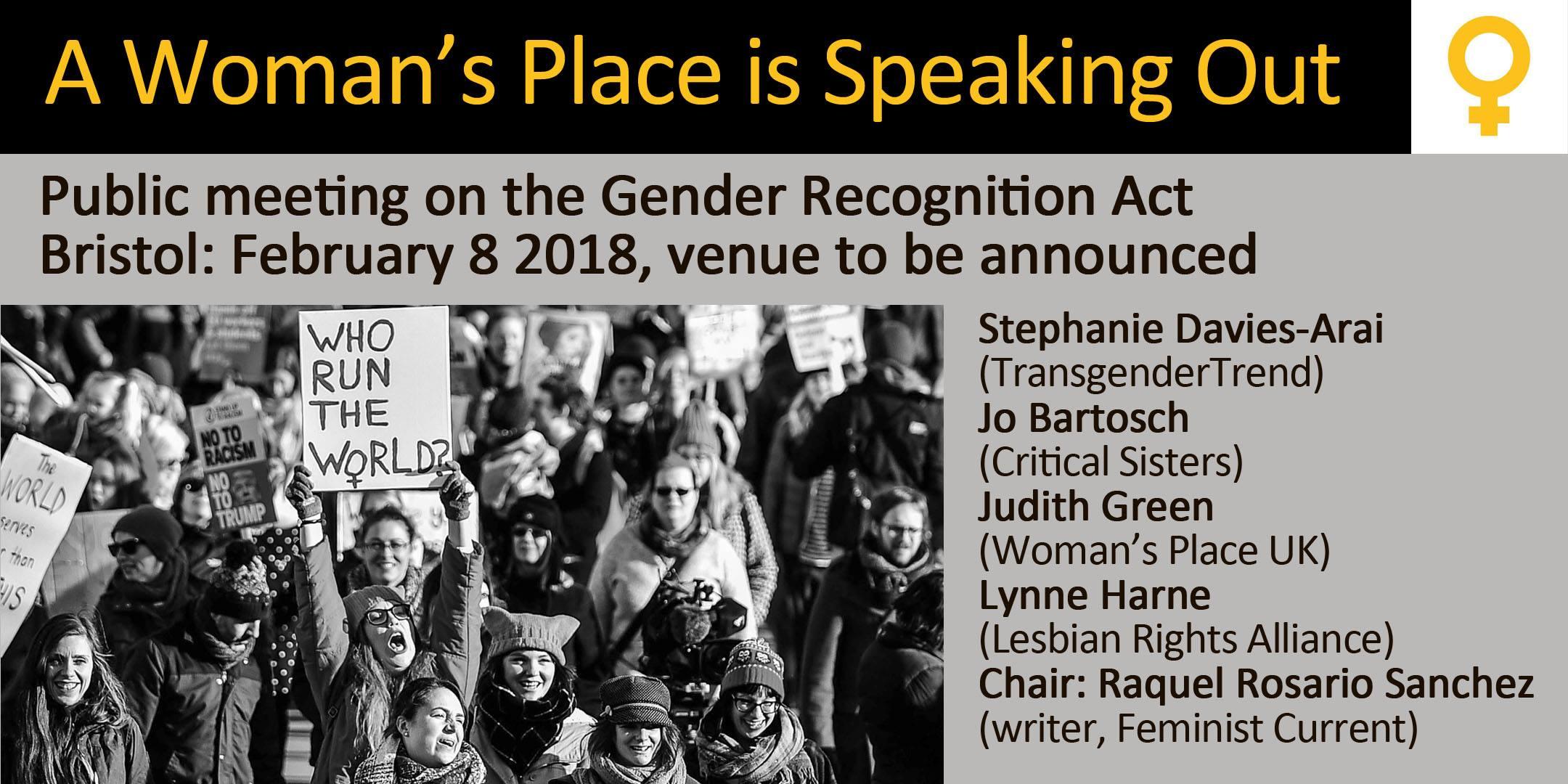 (venue to be announced)

A Woman’s Place is Speaking Out!

Lynne Harne  Academic and lesbian feminist activist, former Research and Policy Officer with Rights of Women.   She is speaking on behalf of the Lesbian Rights Alliance concerned about the impact of current political and legislative developments on lesbian rights, freedoms and visibility.

Jo Bartosch Founder of Chelt Fems and now co-director of Critical Sisters, which exists to offer a platform to voices critiquing the twin man-made beliefs of gender and religion.  She will talk about her journey from acceptance to alarm concerning gender identity legislation.

Judith Green Service user of single-sex provision for survivors. She is speaking on behalf of Woman’s Place UK which exists to promote women’s voices being heard and consulted on changes to legislation, and to retain, extend and strengthen exemptions in Equality law.

Chaired by Raquel Rosario Sanchez, Writer and Researcher. She specializes in ending male violence against women and girls and is currently pursuing a PhD with the Centre for Gender and Violence at the University of Bristol.

In July the government announced a consultation on their proposal to ‘demedicalise’ the process of changing gender, so that people can self-identify as the gender they choose, without any need for a medical diagnosis of gender dysphoria.
But what exactly is ‘gender’, and what will be the impact of self-identification on women and on women’s rights?

Will this reform spell the end to single sex spaces and the provision of single sex services, such as those provided by rape crisis centres and women’s refuges?
Will the changes make it harder to gather accurate data on the pay gap between men and women; on domestic violence against women; and on the health services women require?

Please email BristolWPUK@gmail.com
We aim to get back to you within 48 hours.