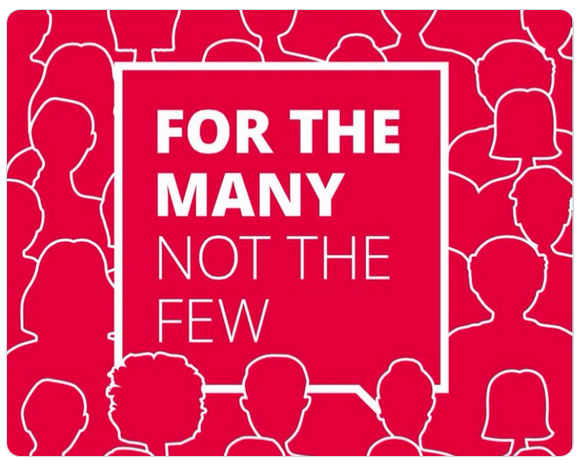 This post is based on a Twitter thread written by a Labour staff member who attended the Woman’s Place UK unofficial fringe at Labour Party Conference in Brighton.

This is how a respectful debate over policy differences may be conducted in the Labour Party. What follows in a long thread – sorry – is not.

This distanced counter protest nonetheless made specific claims about the nature of WPUK:

Here is another false characterisation of the group specifically targeted by this week’s ‘counter protest’, issued by a Labour Party group on the day of the meeting, a group made bona fide by the Chapter 11a Rules, and so made subject to our rules:

The mischaracterisation of WPUK was shared with local activist groups in Brighton, including Queer AF, who organised a demonstration outside the meeting itself, this one proximal, not distanced:

The connection between the protest encouraged by bona fide Labour Party organisations and the protest outside the WPUK meeting is made explicit by the report of some of the protesters themselves.

This is what happened at that ‘counter protest’

You can also peruse social media for the widely shared evidence of those in attendance:

I am not your enemy: let’s talk by Dani Ahrens

Films of all the speakers will be available soon on the Woman’s Place UK’s YouTube channel.

Should you still be in any doubt, this is what WPUK in fact stands for, read their 2019 manifesto.

But this is how some delegates at Labour Party Conference reacted to these events:

Two other Labour Party Conference delegates also denounced the Woman’s Place UK meeting from the podium. Unlike them, aware of concerns and willing to listen, I attended the WPUK meeting in Brighton, in the performance of my duties as the holder of a broad set of staff responsibilities, as I did in Liverpool last year. This greeted me, at a blocked entrance:

I’m a 6’3, 100kg male. Running the gauntlet and outnumbered, I was a little bit intimidated by the shouts of ‘scum’ and chants of ‘shame on you’, despite my clearly worn red staff pass. Inside, I found some visibly shaken, traumatised and distressed young women.

I also found angry veteran campaigners and some older comrades from campaigns of yore. Feminist campaigners. Socialist feminist organisers. Radical socialist feminist trade unionists. On a show of hands, 70% of attendees were Labour Party members, some were Conference delegates.

These are the women of Greenham Common. The Women Against Pit Closures. The women of the Gay Liberation Front. The women who run DV centres, rape crisis services. These women are not inimical to Labour values: they ARE Labour values.

For 2 hours, the women endured banging on the windows and abusive shouting that – every day, everywhere – terrifies women with abusive, violent partners trying to get in, and get at them. It is abusive, coercive control intended to make women submit. & it is against Labour Party rules.

All party members are bound by the Member’s Pledge which requires adherence in conduct to both the spirit and the rules of the Party.

All members are bound by the code of conducts, including the code on sexual harassment, which represents the minimum level of conduct expected.

The Labour codes of conduct applicable to all members include a requirement to refrain from removing entitlement of other members to feel safe from harm.

Only people who conform to the principles of the Labour Party, and conform to our policies and programmes, are eligible for membership:

Our policies include commitments to audit all legislative proposals to assess their impact on women. Before implementation.

Our programmes challenge violence against women and girls, which we recognise as “a global epidemic, affecting an estimated one in three women worldwide. In the UK, on average two women are killed by their current or a former partner every week.”

Our principles are also clear, and set out in Clause 4:

I attended the WPUK meeting because Jeremy Corbyn said, on national television, that there must be a respectful debate.

I attended the WPUK meeting because our policies and my duties more or less required me to.

I attended the WPUK meeting in the knowledge that John McDonnell had been on Mumsnet and told the world that he had met WPUK to discuss the issues concerning them – and I trust John, and think he knows what a hate group looks like.

I attended the WPUK meeting in the knowledge that Dawn Butler had invited the group to a discussion, and I think she knows what a hate group looks like too.

I attended the WPUK meeting in the knowledge that our rule book REQUIRES the party programmes to ENSURE that all members are able to participate in the process of policy formulation.

As I said to a concerned Labour woman MP, I’m bearing witness because this is enough now. I was following the rules. Labour Party members encouraging or actively participating in the intimidatory, bullying exclusion of decent women comrades from our processes are, in my opinion, not.

And, on a personal note, from an old queer to the young frightened lesbian delegate from Unison. You’ve found some friends, and we’ve taken down the bigots before.