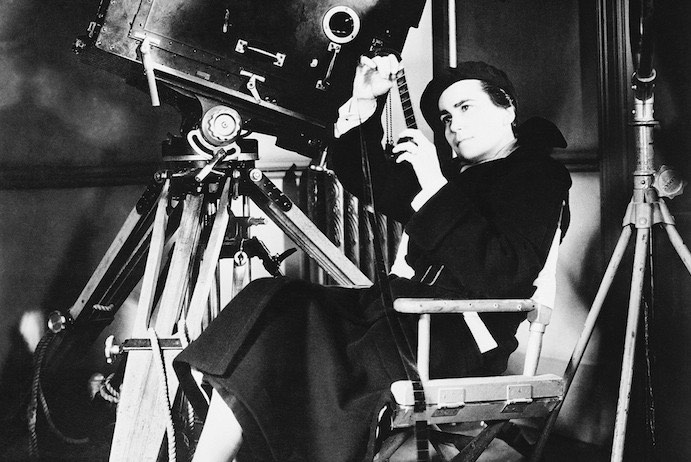 Filmmaker Deirdre O’Neill, who co-ordinates the Inside Film project, argues that the British Film Institute needs to do much more to tackle the barriers to women’s participation

The relationship between culture and film is a dialectical one: film both influences culture and is part of the culture it is influencing. Maybe that is why film, as Lenin once said, is the ‘most important of all the arts’. Many countries have national organisations to protect and promote films – ours is the British Film Institute, (BFI) established by Royal Charter in 1933. The BFI funds films, screens them, provides education about film preserves them in archives for future generations.

The film industry, like other cultural institutions, is an unequal space loaded with obstacles for certain groups attempting to access it. Research has provided ample evidence of the difficulties faced by black and Asian people, the working class and women in trying to build careers in the industry, especially in the most creative roles. This lack of access should raise grave concerns. If only certain people have access to making films, then our film culture will produce a narrow view of society and our sense of who we are and how we interact with each other and what we learn about each other’s lives will be dominated by the narratives of the groups who do have access. The scope for imaginative, creative and diverse ways of engaging with the world will be constrained, and the values and attitudes of privileged groups will predominate.

Women are clearly under-represented in the filmmaking world. In 2016 the University of Southampton carried out research which found that women are under-represented in key roles across the sector, particularly behind the camera where women make up just 13% of film directors, 20% of screenwriters, 27% of producers, 17% of editors, and only 7% of cinematographers.

As the BFI’s own website points out: ‘Women make up only 20 per cent of individuals across all of these roles and…shockingly, 25 per cent of all films studied had no women at all in any of those roles.’ What this means in real terms is that the world we engage with through the medium of film (and television) is dominated by white middle-class men both behind and in front of the camera.

The BFI’s report (which cites the Southampton University research) into the lack of women in the film industry quotes other evidence that supports these findings. It makes for sobering reading and exposes a misogynistic bias against the female sex, not only here in Great Britain but across Europe. As the BFI website points out, in the film industry there is a ‘systemic bias towards men, which is subscribed to by its primary gatekeepers and decision-makers and results in a perpetual skewing towards male filmmakers behind the camera and male stories in front of it.’

So, it is not surprising that the majority of films reproduce dominant stereotypes of both men and women and represent the unequal relations that exist between them as natural.

With this in mind we need to ask some serious questions of the BFI’s attitude to addressing the problem of institutional discrimination against women, a discrimination they acknowledge and which they have committed themselves to tackling.

Celebrating the achievements of women filmmakers – without a woman

In 2018 the BFI organised a summit entitled ‘Power tools for a revolution: The Woman with a Movie Camera’ to celebrate women filmmakers. The celebration of women filmmakers’ achievements, and the opportunity to meet and discuss the barriers they face and how they can work to overcome them, is to be applauded. It is no more than we should expect from the country’s national film institution, particularly one dedicated to diversifying the industry. This emphasis on women filmmakers would mean, one hoped, that there would be an exploration of the structures that function to keep women out and to understand how these systems work in order to develop strategies to tackle them.

But it was not to be. Rather than invite a woman filmmaker to give the keynote speech, the BFI invited a trans women who has never made a film but had simply been in a documentary about being a transwoman. The anger felt by many women (not just women filmmakers) manifested itself in a petition that reached nearly 2000 signatures and a protest outside the BFI. The pivotal issue here was not a denial of the rights of trans people – like any minority or marginalised group trans people should have the ability to access the film industry to tell their stories and explore the complexities of their lives. The issue was one of power relations and the right of women not to be excluded from their own event. The event went ahead without the trans woman, who pulled out. The two women who organised the petition were vilified on the BFI twitter feed and even though there was a request for an apology, one was never received, and emails were ignored.

A few weeks ago, the new CEO of the BFI, Ben Roberts, released a statement in which he referred to a ‘major cultural’ figure who had shared ‘thoroughly discredited anti-trans rhetoric as pseudo concerns about welfare of children and of cis gendered women’ and who he claimed was attacked ‘for opposing self-ID and making trans staff and people feel unsafe’. This is obviously a reference to JK Rowling’s essay, written in response to accusations of transphobia, in which she laid out, with far greater powers of reasoning than the new CEO of the BFI has displayed, the complexities involved in the debate around gender self ID and her personal reasons for having reservations about its implementation. The tweet was later deleted.

This statement is deeply concerning on many levels. Firstly, there is the use of the term ‘cisgendered’, a contested label not accepted by many women, suggesting as it does that women are a subset of their own sex. There is also the accusation of ‘anti-trans rhetoric’. This hyperbolic claim is a recurring distortion of the legitimate concerns raised by women around the question of self-ID and at no point in her essay did Rowling indulge in anything approaching ‘anti-trans rhetoric’.

Also deeply worrying is the suggestion that questioning an ideology that seeks to change the meaning of what it is to a be a woman would make trans people feel unsafe. Equally alarming is that the BFI, a publicly-funded institution, is using its remit to promote an ideology of gender that is highly contested, by no means accepted by the majority of people and in the process demonising the women who have raised objections. That the CEO of that institution is using (abusing) his position to not only promote self-ID but to launch a transparent attack on a woman who shared the story of her abuse, is unethical and politically biased.

How can we understand and address the exclusion of women from the film industry, how can we mobilise for change if the very institution that should be leading that fight for change puts yet another barrier in place? What lies at the heart of these questions is an even bigger question: if we deny the category of women, how can we advance their rights?  A reduction of woman to a performance of gendered stereotypes does not address the barriers faced by women in the film industry.