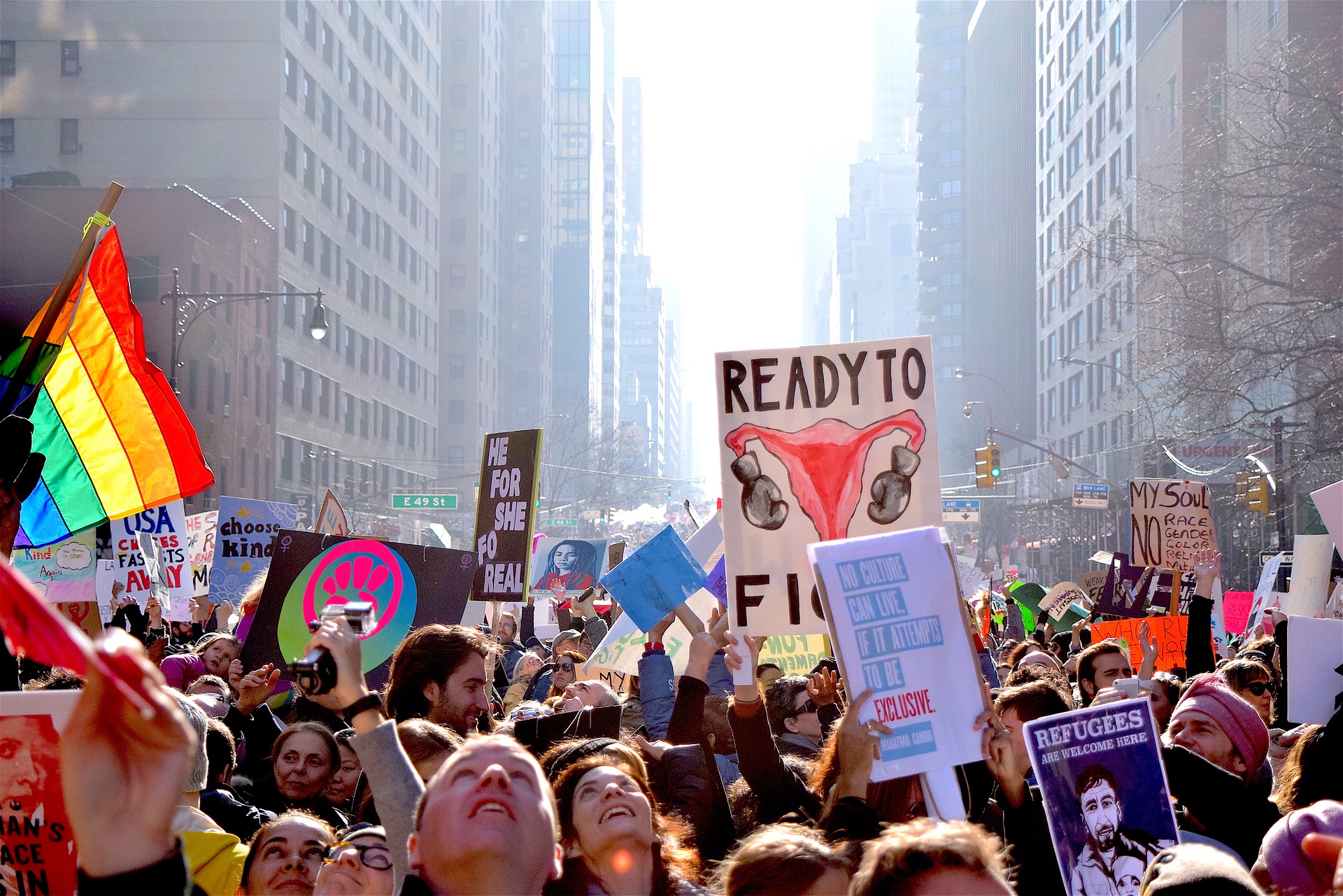 What Biden’s Executive Order 13988 means for women and girls: One woman’s take

Biden’s Executive Order 13988: neither surprising nor good for women and girls

On his first day in office, in response to strong pressure from the Human Rights Campaign (HRC, the American version of Stonewall), President Biden issued 21 Executive Orders (EO). One of these was the EO titled ‘Preventing and Combating Discrimination on the Basis of Gender Identity or Sexual Orientation’. As with the Equality Act, the aims of this EO – protecting LGBT+ people from discrimination – are laudable. But the language is vague, uncertain and a bit odd (as sometimes happens when dealing with the tension between sex and gender identity).  So what does Biden’s Executive Order 13988 mean for women and girls?

Here, I provide a brief overview of EOs in general and this one in particular, along with some thoughts on potential outcomes and uncertainties. I would underscore at the outset that this EO is neither surprising nor good for women and girls, but this is not over.

What are Executive Orders?

EOs are one of those curious features of American ‘democracy’; they are not mentioned in the US constitution or defined by any federal statute. They are implied by the Constitution as a means of the President executing his (since only males) executive authority. The US President is head of the executive branch. EOs are orders ‘generally directed to, and govern actions by, Governmental officials and agencies’. EOs have been around since Washington’s first presidency, even as they are far more common now than before. (The first 6 US presidents issued fewer EOs in total [18] than Biden did on his first day in office.) EOs operate in some ways as ‘instant laws’ for the operation of the federal government, with broad effect, even as they are not technically laws, because only Congress can pass and overturn laws. EOs can only be rescinded by Presidents and/or overturned by Courts as not within the power of the president and/or contravening existing laws.

Biden’s EO instructs federal agencies how they will interpret the recent Bostock decision — which ruled that people could not be fired for their sexual orientation or for being transgender. Notably, the Bostock ruling was explicitly narrow. The US Supreme Court reiterated that their ruling was focused only on the question of whether it was prohibited sex discrimination to fire someone for being transgender or LGB under Title VII. They did not extend their ruling to other statutes (Title IX) or to Title VII more broadly, where sex distinctions are allowed, with Justice Gorsuch writing for the 6-3 majority noting: ‘we do not purport to address bathrooms, locker rooms, or anything else of the kind.’1

A few weeks prior to Trump leaving office, his administration published a memo providing guidance to the Department of Education (DOE) about interpreting Bostock. The Memo focused on how Bostock affects Title IX, which prohibits sex discrimination in education programs and activities but provides specific exceptions authorizing sex distinctions. In short, to the question of whether Bostock construes Title IX, their answer was ‘no’. The Memo specified that the DOE should continue to use sex, not gender identity, as a basis for sex-based distinctions, including sports, educational spaces and classes, and groups (such as sororities, fraternities) and the like that have been traditionally sex separated. This memo slid largely under the radar of many – there was a lot going on. It was admittedly, one of the two actions of Trump that I applauded, the other being the rescinding of the Obama Memo which instructed the DOE to use gender self-ID instead of sex for Title IX.

No doubt under pressure from the HRC, who acknowledged they requested the EO3, Biden issued EO 13988 on day 1.

The EO states: “All persons should receive equal treatment under the law, no matter their gender identity or sexual orientation.“

Great, I have no objections to that.

The problems with this EO arise with its misinterpretation of Bostock and the disregard of biological sex and the sex-based rights of women and girls. In a blatant misrepresentation of the Bostock ruling, the EO states: ‘In Bostock v. Clayton County, 590 U.S._(2020), the Supreme Court held that Title VII’s prohibition on discrimination “because of . . . sex” covers discrimination on the basis of gender identity and sexual orientation.’ As noted above, Bostock was explicitly focused on the question of whether firing someone on the basis of sexual orientation and transgender status constitutes illegal sex discrimination. They ruled 6-3 that it did.

The Biden EO then extends the ruling further (quite ignoring the explicit judicial ruling to the contrary) stating that:

“Under Bostock’s reasoning, laws that prohibit sex discrimination – including Title IX of the Education Amendments of 1972…, the Fair Housing Act…, and section 412 of the Immigration and Nationality Act…, along with their respective implementing regulations – prohibit discrimination on the basis of gender identity or sexual orientation, so long as the laws do not contain sufficient indications to the contrary”*

What this means remains to be seen.

On the one hand, this EO seems to imply that treating people on the basis of sex rather than their gender identity should be interpreted as sex discrimination. This interpretation would have significant ramifications for women and girls in education, females incarcerated in federal prisons and detention centres, and the like. This would represent the ‘undoing’ of women’s sex-based rights in favour of gender self-ID.

However, the ‘so long as the laws do not contain sufficient indications to the contrary’ may be an escape clause. I have my doubts with this administration, but this provides some room for discussion and debate.

Are instances where sex is a bona fide occupational qualification (BFOQ) ‘sufficient indications to the contrary’? For example, in federal prisons where sex is used as a BFOQ for strip searches, showering, and other intimate contact, will gender self-ID take precedence over sex? Or when biological sex is the rationale for sex-based distinctions under Title IX, as in sports, will gender identity take precedence? This is not obvious because, as Alito noted in his Bostock dissent, when these statutes were written there was no question that sex meant biological sex not gender identity (a term that was rarely used) or sexual orientation (in a country where same-sex sex was still criminalized in several states).

In short, the effects of Biden’s Executive Order on women and girls are not clear. The Biden administration appears to subscribe to a worldview where gender identity should take precedence over sex. It is also clear that the wealthy, powerful lobby organization, the HRC, has captured this administration as well as many of the most powerful corporations with their CEI scheme, and is likely to have disproportionate influence on the meaning and effect of this EO and policy related to LGBTQ+ rights.

That said, if there is one silver lining to this EO, it is that people are waking up to gender identity ideology and the transgender lobby. And, for better or worse, many people care a lot about sports — in some cases, more so than the sex separation of prisons, refugees, shelters, etc. Thus, without exaggerating the effects of this action — because we do not know what they are yet — those of us who can need to take action. Biden has not ‘erased women’. I get that is a catchy phrase and a comeback to the false claim that gender critical feminists ‘erase transgender people’ and ‘deny their humanity’. However, as we all know, women aren’t something defined by the law that can be erased by meandering, esoteric postmodern hooey or by an EO, especially one that includes a 100-day period for discussion and implementation.

Biden’s Executive Order is not good news for women and girls or good policy, but this is not over by a long shot. Women and girls have faced more significant barriers and triumphed. This does not mean we oppose human rights protections for transgender people – they are human and deserve full human rights of course! But these need not and must not come at the expense of females with the erasure of sex in the law.

About the author: Callie Burt is an Associate Professor in the Andrew Young School of Policy Studies at Georgia State University. She authored a recent piece in Feminist Criminology on the US Equality Act. Read more about Callie Burt here: http://www.callieburt.org