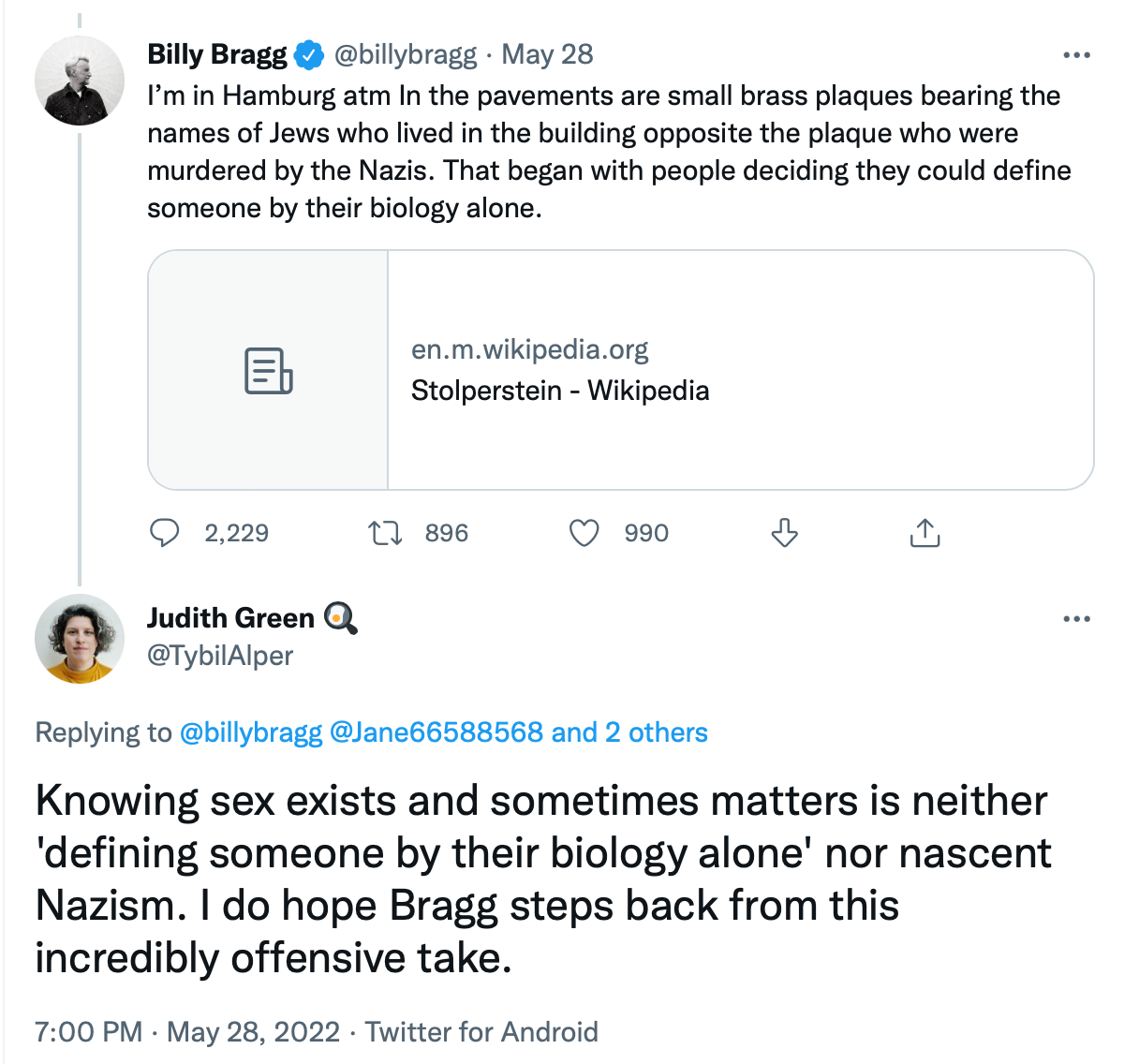 When Billy Bragg implied women fighting for sex-based rights were akin to Nazis, we invited him to a pubilc discussion.

Following on from a tweet by Billy Bragg in which he insinuated that a belief in the importance of biology was akin to fascism, I contacted him and proposed a public discussion.

My request was denied but a polite exchange of emails followed.

I asked Billy Bragg if he would be willing to share our dialogue publicly but this permission was not granted.

I am respecting those wishes.

One reason Billy Bragg gave for not wishing to publicly defend his comments is that he is ‘cis’ and male. This fact has not prevented him from using his platform at Tolpuddle to accuse feminists standing up for women’s rights of ‘punching down’, with no right of reply. Having declined a respectful discussion in person, I sincerely hope that he will not do the same at the Cambridge Folk Festival this evening.

I am a longstanding fan of Billy and am saddened by a refusal to engage properly with our concerns. Knowing sex is a material reality with social significance is a very widely held, and accurate, view of the world. When figures on the left smear feminists they aid right-wing opportunists who are the enemies of us all. We have consistently called out any co-option of women’s legitimate concerns or alliances with anti-feminists:

There is more than one way to erase women.

I sincerely hope that he and others like him on the left will rethink their approach and commit to the long-held principles of robust democratic debate, especially as Billy seems willing to do this with men he disagrees with.

At Woman’s Place, we think it is only by testing our arguments robustly and in the public arena that we can win policy and practice which respects everyone’s needs and rights.