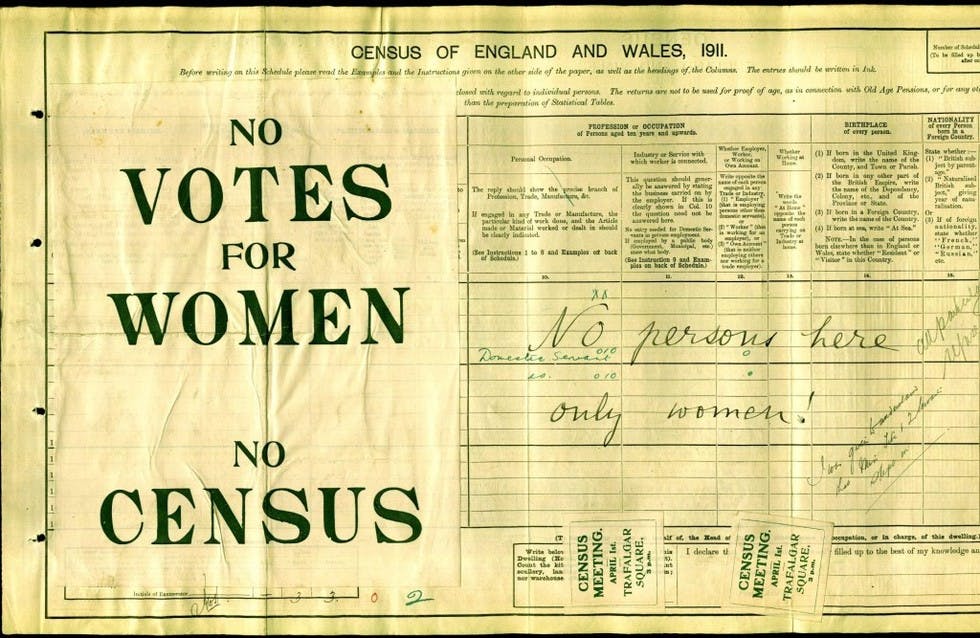 WPUK has recently been in correspondence with the EHRC about guidance on the collection of sex data. Below we set out the exchange of correspondence between WPUK and EHRC.

In 2019 the Scottish Government established a working group on sex and gender in data. The aim was to consider what guidance public bodies require on the collection, disaggregation and use of data on sex and gender.

In 2019, the EHRC submitted guidance to this working group in which it stated:

“There are important human rights considerations that need to be considered when asking employees or service users to state their sex, especially in regard to people’s right to privacy under Article 8 of the ECHR and the Human Rights Act 1998. Forcing trans employees or service users to disclose their sex as assigned at birth would be a potential violation of their human rights, particularly their right to privacy and dignity under Article 8. In addition, forcing a trans person without a Gender Recognition Certificate (GRC) to disclose their legal sex would result in that person being ‘outed’ as a trans person. It is also a criminal offence under the Gender Recognition Act 2004 (GRA) for a person who has acquired the information in an official capacity, to disclose information relating another person’s application for a GRC or their gender prior to grant of the GRC. In some instances, forcing people to ‘out’ themselves will also breach the Equality Act 2010.”

WPUK contends that this guidance misrepresents the law and underplays the importance of collecting sex data. In asserting the rights of one group with protected characteristics, the EHRC is suppressing the rights of another.

We therefore commissioned a legal opinion from Aidan O’Neill QC which supported our assertion that that the collection of sex data can be done lawfully.

You can read relevant extracts from this legal opinion here.

You can read the full letter here: WPUK letter to EHRC re sex data Dec 2020

We also sent a copy of the letter to other UK public authorities with a role in ensuring the collection of robust, high quality data on sex.

On 16th December 2020, we received a response from the EHRC stating that there is no incompatibility between their statement and the legal opinion provided by Mr O’Neill.

In response to request to withdraw the advice the EHRC state:

“However given that the statement is clearly not providing legal advice and is not intended to be an in-depth review of the law in this area, and given that it is appropriately measured in the way that it presents the issues to be considered when deciding how to gather data, I do not believe that there is any basis for withdrawing it.”

We were not content with this response so on 20th January 2021 we wrote again to the EHRC:

“We wish to put on record that we see no equivalence between the EHRC statement to the Scottish Government and the legal opinion of Aidan O’Neill QC. The EHRC statement did not qualify the circumstances in which it would be lawful to seek and collect data on sex. The legal opinion, on the other hand, was very clear that it was possible to collect such data when the aims were proportionate and legitimate.”

We repeated our request to the EHRC to withdraw their statement. We also asked if the EHRC has advised the ONS on plans for the 2021 census in England and Wales.

EHRC dances on head of a pin

On 8th February we received a further response from the EHRC which stated:

“You say that the statement provided to the Chief Statistician and Mr O’Neill’s opinion are not equivalent. The two certainly don’t serve the same purpose. As noted previously, our statement is not legal advice and is not intended to provide detail of the law in this area. Mr O’Neill has provided you with an in-depth legal opinion. However as detailed in our letter of 16 December 2020, our statement is clearly qualified. It does not say that it will always be unlawful to collect data on sex assigned at birth and particularly notes that the question to be addressed is what the information collected is to be used for. We therefore do not see a basis for withdrawing the statement.

You ask whether we have advised ONS on plans for the 2021 census in England and Wales. We, alongside other stakeholders and experts, have provided advice on a range of issues regarding collection of data on protected characteristics; specifically through the Census Advisory Group, several workshops roundtables and 1-2-1 meetings since 2016. We have also produced reports which may have informed the work of the ONS on the census, for example our work on developing gender identity questions.”

You can read the full letter here: EHRC letter to WPUK 8-2-21

Where does this leave us?

We are glad that the EHRC agrees that it is lawful to collect data on sex.

However, given the importance of collecting sex data in monitoring and tackling discrimination, we are disappointed in this guarded response.

We believe the EHRC guidance is not clear enough and discourages organisations from collecting sex data. This will affect the provision of women’s services and women’s rights. Indeed, Scotland’s Chief Statistician cited the EHRC statement in draft guidance he published in December, which advises the cessation of collecting data on sex in favour of data on self-declared gender identity in almost all circumstances. The EHRC must provide advice which upholds the rights of all the groups it is mean to represent. This advice does not do that.

However, what is clear beyond doubt is that it is legal to collect sex data. We will continue with our campaign against the erasure of sex and the undermining of women’s rights.

The recent announcement from the Office for National Statistics on its guidance for the 2021 Census shows that we can no longer trust official bodies to fully understand or implement equality law.

We indicated our intention to publish this exchange with the EHRC on our website. The EHRC have made it clear they have no objection to this.