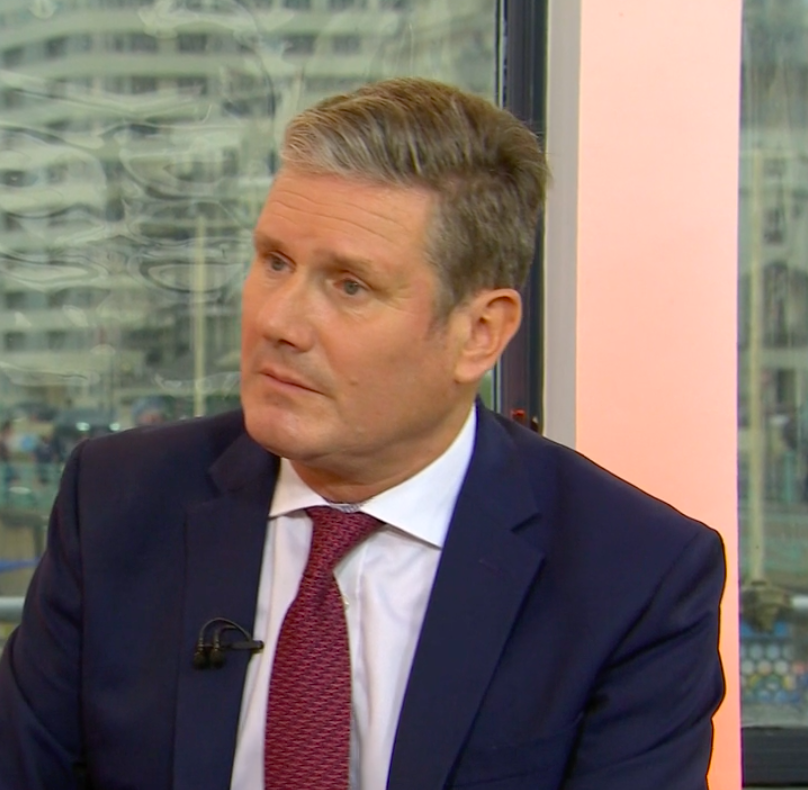 On the Andrew Marr Show on Sunday 26th September 2021, the leader of the Labour Party was asked if it was transphobic to say only women have a cervix.

Andrew Marr: [Is] someone who thinks only women have a cervix welcome in the Labour Party?

Keir Starmer: Well, Andrew, we need to have a mature, respectful debate about trans rights and we need to, I think, bear in mind that the trans community are amongst the most marginalised and abused communities. And wherever we’ve got to on the law, we need to go further and we want to go further on that. But whatever the debate is, it needs to be a tolerant debate and I am absolutely sure that our conference will be a place which is safe for that debate to take place and it is.

AM: Is it transphobic to say only women have a cervix?

KS: Well, it is something that shouldn’t be said. It is not right. But Andrew, I don’t think that…

KS: Oh, Andrew, I don’t think that we can just go through various things that people have said. Rosie Duffield…I spoke to Rosie earlier this week and told her that conference was a safe place for her to come and it is a safe place for her to come. And I spoke to others to make exactly the same principle. We do everybody a disservice when we reduce what is a really important issue to these exchanges on particular things that are said. The trans community are, as I say, the most marginalised and abused of many, many communities and we need to make progress on the Gender Recognition Act.

AM: You could say that exchanges is how humans communicate and resolve these…

KS: Yes but Andrew, this debate is…I am very concerned that this debate needs to be conducted in a proper way in which proper views are expressed in a way that is respectful.

KS: Well, Andrew I spoke to Rosie just earlier this week and made it absolutely clear to her that this is a safe conference for her to come to. She’s –

AM: She doesn’t agree with that.

KS: Andrew, I spoke to her and what she said to me was that she didn’t want to come because it was causing distraction from the ideas that we’re putting forward at this conference. And I asked her when I spoke to her whether that was something I could say on her behalf and she said yes, so that’s what Rosie says about this and I’ll take that from Rosie.

AM: OK, she said to us that she didn’t feel comfortable. You’ve talked quite a lot about respectful debate and calm conversation. Let me read you something that was said here yesterday: “We cannot get any worse than a bunch of scum, homophobic, racist, misogynistic, absolute pile of banana republic Etonian piece of scum and I held back a little than I have ever seen in my life.” That was Angela Rayner, your deputy last night. What’s your message to this morning?

KS: Well, Angela and I take different approaches and that is not language that I would use.

AM: Should she apologise?

AM: You’re a courteous man. Do you think she should apologise?

KS: Well look, that’s a matter for Angela, Andrew, but I would not have used those words. It goes back to my central point about the respectful way in which we have a debate but look, at conference there’s a fizz of ideas –

KS: Well, there are a fizz of ideas. There are arguments, disagreements, comings together and what I focus on, Andrew, is look, we started this interview talking about the absolute crisis in the country and working families up and down the country are going to ask the question: there must be an alternative to this and our conference is our chance to set out that alternative and that is what we’re going to do.

AM: Alright. Once more with feeling. What are you going to say to her?

KS: Well, I wouldn’t have used those words and I will talk to Angela about it later on.

AM: Do you think she should apologise?

KS: Well, look. That’s a matter for Angela. I would not have used those words.

You can listen to the interview on the Andrew Marr Show here (from 45:00)

Other articles relating to the Labour Party

No answer from Labour over intimidation

Labour needs to speak up for women

Portsmouth Labour Party Motion: Erasing and silencing women in the name of inclusion