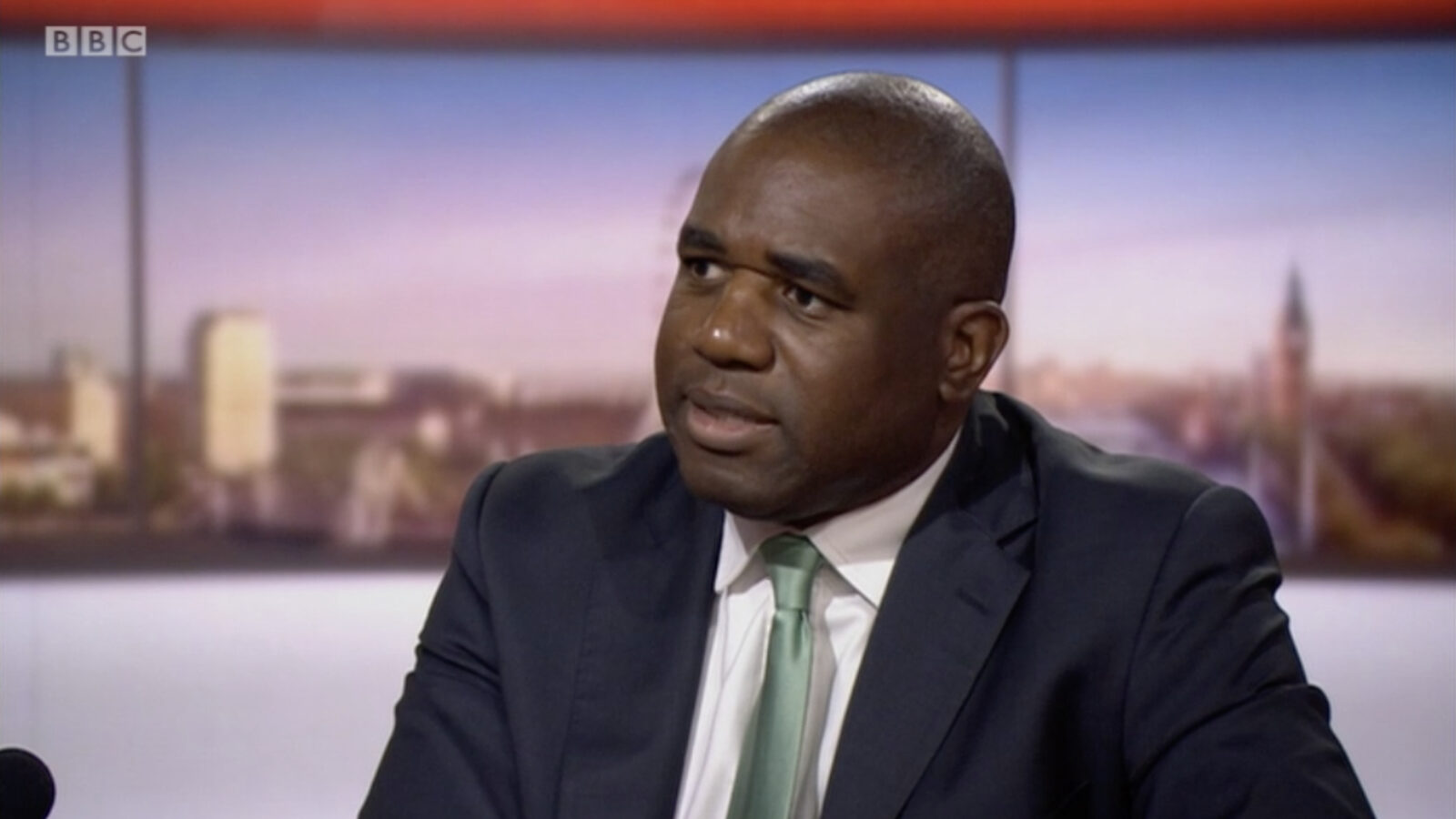 On the Today Programme on BBC Radio 4 on Wednesday 29th September 2021, David Lammy was asked about the comments he made at a Labour Party Conference fringe meeting where he referred to “dinosaurs” who were “hoarding rights”.

Nick Robinson: Yesterday you described women, some women, in the Labour Party, in the country perhaps, as dinosaurs.  Who were you calling a dinosaur?

NR: Understood, we’re going to talk to him at length tomorrow…

NR: ..on the programme.   Who did you mean by dinosaurs?

DL: Now, as I sense, it’s a bit of a trap to get caught up in identity politics so Nick you’ve asked me about racism this morning…

NR: Who did you mean by dinosaurs?

NR: Who did you mean were dinosaurs?

DL: If we’ve got the time let me spell this out…

NR: Yes, who did you mean were dinosaurs?

DL: …what I said, what I said was that at the beginning of the twentieth century black and brown people, women, working people had no rights at all and by the end of the twentieth century those rights were gone [sic]. In relation to trans people 1 in 4 of them attempt suicide, it takes two years to get an appointment. We have to treat the issue with sensitivity.  Yeah, I said there are dinosaurs on the right and there are some within my own party that are unable to do that. But I will always…

NR: You said there are dinosaurs that exist in our own party that want to hoard rights.

DL: …I will always stand with those from a minority community.

NR: But again, let me say to you why I’m raising it and why I don’t think it’s a fringe issue. There are many people who fought for women rights, feminists…

DL: It’s never come up on the doorstep…

DL: …It’s never, ever come up on the doorstep Nick

NR: Let me tell you why it matters from the mouth of the Director of Strategy for the Labour Party.  Deborah Mattinson, now hired by Sir Keir Starmer, wrote this when she analysed why your party lost.  “Red Wallers”, she said, “feel they have little in common with the young quinoa-eating graduate city-dwelling socially liberal remainers and Labour voters who they believe do not put Britain first and judge people like them harshly and unfairly for their views”. And I put it to you that those people believe that women are people who have vaginas not people who are described as ‘bodies with vaginas‘. And that the Labour Party needs to be clear about this.

NR: Is she wrong, Deborah Mattinson?

DL: No, I’m not saying she’s wrong but I’m saying you, the BBC, are choosing to land on this subject that most British people aren’t talking about in a fuel crisis. And spend minutes on this, because it keeps Labour talking about identity issues and not about the substantive policies that Keir will set out…

NR: To be fair, I asked about it because you said dinosaurs yesterday, Mr Lammy.

DL: No, a question was put to me and I answered it in relation to trans people in prison, that’s the truth.  That’s my job as shadow Justice Secretary.