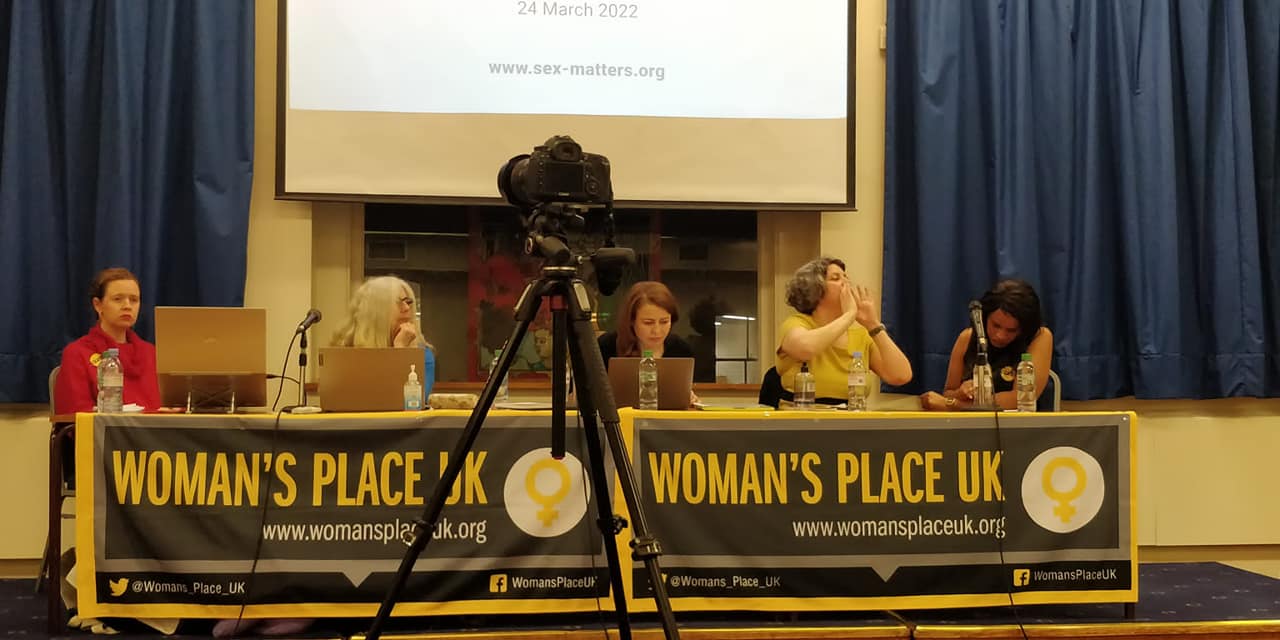 We reproduce here an anonymous account by an attendee at our last meeting A Woman’s Place is in Manchester. We were really uplifted to receive this message in our inbox by a woman who came to the meeting primarily to support her daughter. She was so horrified by what she witnessed that she has now changed her views and become actively involved with this issue.

“I was at the event in Manchester supporting my daughter to attend as she has physical disabilities. I was aware of some of the issues through my daughter but had not wanted any direct involvement.

As a result of attending the Manchester event, at which men attempted to deny women the right to even speak about the issues that concerned them, I have changed my views somewhat. I have now actively participated in the recent campaign targeted at local elections.

I am retired now but I was a midwife, then a child protection social worker and manager. Before retirement I was involved in children with disabilities services both directly and as a service review consultant. I was a child of the 70s and remember how bad attitudes to women were then, but the experience in Manchester was horrifying in terms of the threat to women’s hard won rights posed by the transgender activist movement.

I now understand that this issue is the biggest issue facing women’s rights since the suffragette movement’s battle for the right to vote. I am now involved as a direct result of the protest against the meeting that I attended.

How dare any man try to deny me, my daughters and my granddaughter the right to speak and to speak with other women about the issues that concern us.”

We completely agree! Our next meeting A Woman’s Place is With Women will be held in Bristol on Tuesday 3rd May. We hope this account inspires you to get a ticket and to bring a friend, family member or ‘undecided’ along with you. It may be the step they need to become actively engaged too.