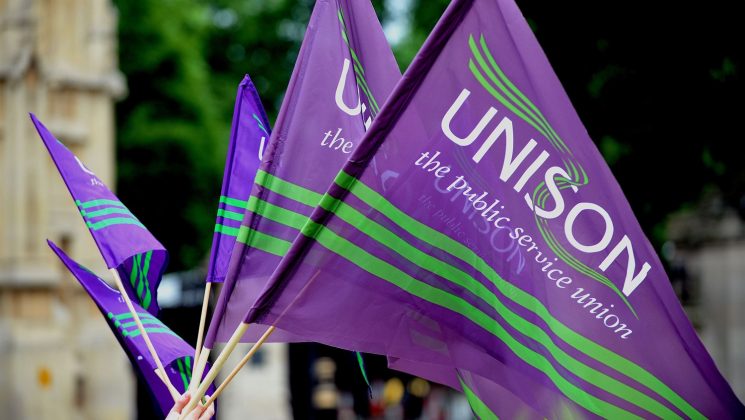 UNISON, the trade union with a large membership in health, local government and education, has over 1.3 million members. The union says that over two thirds of them are women and that women earn almost 20% less than men. It also points out that:

“..women are more likely to face sex discrimination and harassment at work.”

Many women also have caring commitments and have to juggle work and home commitments, so they are more likely to work part-time, to take career breaks or be overlooked for promotion. All these factors combine so that women also receive much lower pensions and many women retire into poverty.”

WPUK agree with UNISON on this. We say that the biological reality of being a woman has a social significance due to sexism. It is women who give birth and must often take career breaks to look after children. It is usually women who end up doing most of the caring for sick or elderly family members.

However, the motion passed at UNISON’s June 2022 national conference (page 129 of the National Delegate Conference Final Agenda) is very worrying for the majority of women who know that their sex affects their lives. It should also be making UNISON reps a little nervous if they are obliged to defend members whose activity on this issue involves them shouting ageist, sexist abuse at women.

The union is now committed to:

A politically important organisation which should be a place where women can talk freely about their experiences and understanding of the world is now telling its members that anyone who believes sex is a material reality is a fellow traveller of the far-right.

Let’s take the example of a teaching assistant, a low paid woman worker with a job to fit in around her parenting responsibilities. If a child asked her “miss, can daddies get pregnant?” and she said “no, only women get pregnant”, that puts her in the camp of gender critical feminists. UNISON would be obliged to either refuse to represent her or tell her she is wrong. It’s easy to predict how that would be taken by the other women in her branch. They are experts on how being a woman affects their salaries and gives them additional caring commitments.

The fact that the motion was passed unanimously raises a question about how much real discussion took place in the hall and to what extent delegates felt comfortable expressing a contrary view. It’s a mix of rhetorical sleights of hand and illustrations taken from the United States all pointing to a conclusion that anyone who disagrees with any of it is probably a fascist.

One of the most glaring sleights of hand is the way the motion makes far-right “anti-trans activists” synonymous with women who believe you can have any gender identity you choose but that you cannot change your sex. WPUK is one of the groups in Britain whose members have a history of activism in a variety of feminist and progressive causes who hold that view.

You will not find women like us behaving like the abusive, aggressive trans rights activist who’s seen in this clip screaming at women. He calls them “fossils” and “dinosaurs” and bawls at them to “go home and look after your kids”. He is wearing a jacket with the logo of Tower Hamlets Homes and they have said that they are investigating if he works for them. If he does, he may be a member of Tower Hamlets UNISON, and if so their local officials will be called on to defend him. He is certainly trying to “counter the gender critical narrative” but he’s behaving like every angry man who has threatened a woman. We have encountered his sort at almost every public event we have organised.

The writers of this motion are trying to stop women talking about the reality of their own lives. It is branding us as aligned with the far-right. That is as much a nonsense as suggesting that because some fascists are gay, all gay people are fascists.

WPUK is proud of what we have achieved in opening up a discussion about the difference between sex and gender and in mobilising women to defend single sex provisions. The UNISON vote will not shut women up any more than the man in the video will.

“The process is the punishment”: the policing of feminist thought in the workplace